Home Article It's Over!!! La La Anthony finally splits from Husband Carmelo Anthony. Reportedly he cheated on her with a stripper

It's Over!!! La La Anthony finally splits from Husband Carmelo Anthony. Reportedly he cheated on her with a stripper 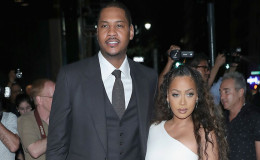 Carmelo Anthony and his wife La La is now separated once again. He was accused of cheating her with multiple womans. Let's find out more about the couple's relationship.

After multiple accusations of cheating on Carmelo Anthony, his wife La La Anthony, finally decided to call it quits after seven years of marriage.

Just as expected though, we all knew one day the barrier that was holding La La's patience will break and it'll ruin their marriage for good.

But is the couple filing for divorce this time or is it just like before, taking some space between their relationship?

Now, what would you call a man who justifies his cheating by saying he's not married but his wife is, a liar, a cheater, and what not. 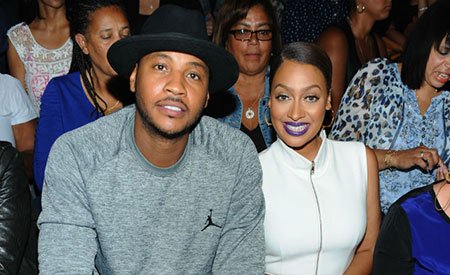 Carmelo and La La-Marriage with lot of holes, Source: Inquisitr

Well, Carmelo didn't hesitate when he was spouting bad things about a pious bond like marriage. During their seven-year marriage with La La, he used to flirt and hook up with multiple females along the way.

Ouch! that's so sad and we can't even comprehend how devastated La La felt after she came to knew about his dirty deeds.

A female revealed that she's bearing the child of the NBA star and that female is an employee at a strip club. She's even claiming to be 6 and a half months pregnant with Carmelo's child. 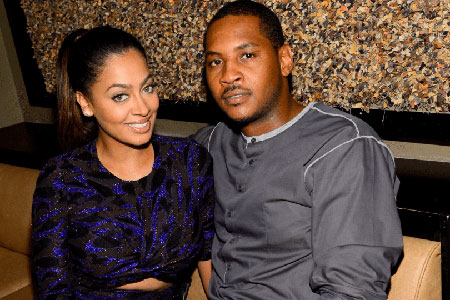 Carmelo with his wife at a sports event, Source: IB Times

As if his ridiculous charades with multiple mistresses wasn't enough, he impregnated an unknown woman. The female also asked for medical expenses and other expenses related to her child.

“The stripper pregnancy rumor is not true. Yes, he’s not been perfect, but the baby with a stripper isn’t true.”

Now after all this nonsense going on, it's obvious that Carmelo's wife wants out of this mess. La La reportedly moved out of their house and is currently staying at her apartment in New York. 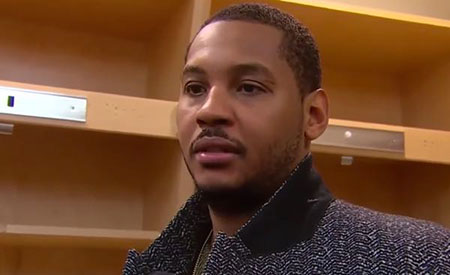 This is not the first time they got separated but it looks like that there's no way they'll reconcile this time. A source close to Carmelo stated,

“They’ve been living separately for several months. They’ve broken up in the past, they split three years ago, gave it some time and then got back together. They’re hoping the same works again.” 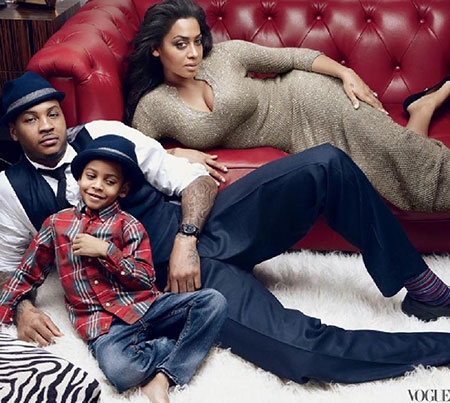 Carmelo with his wife and son Kiyan, Source: Eurweb

Carmelo and his longtime girlfriend tied the knot in New York in 2010 after meeting for the first time in 2003. The couple already welcomed their first and only child Kiyan back in 2007.

The marriage was a very big affair and it even got televised live on VH1 channel.

It looks like that the couple will not get back together this time. Both of them is yet to file for divorce. 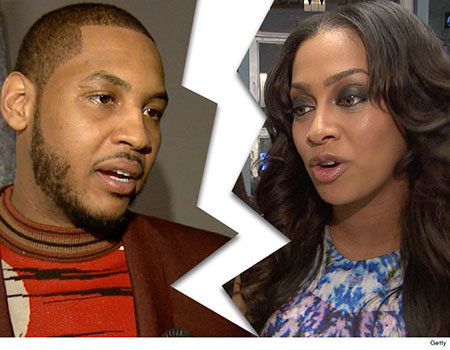 What you think, will they get back together or will they split for good this time? Let us know in the comment section down below.