Home Article Catelynn Lowell and husband Tyler Baltierra; highly backlashed by fans for making a fake pregnancy news: Yet another publicity stunt of the couple

Catelynn Lowell and husband Tyler Baltierra; highly backlashed by fans for making a fake pregnancy news: Yet another publicity stunt of the couple 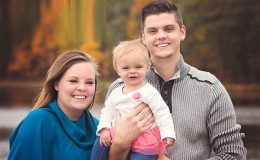 Catelynn lowelll announced that she's pregnant with third child, later confessed as fake news. She is happily married to husband Tyler Baltierra and have two kids together.

She was just a junior in high school when she got pregnant and giving birth to a baby at such a young age became a major turning point in her career as well as personal life.

Ladies and gentleman, we present you the beautiful and proud mother of two, reality TV star, Catelynn Lowell.

She starred on MTV reality series Teen Mom OG along with her husband Tyler Baltierra. Just recently she caused a great stir in the media by announcing that she's pregnant again which was later confirmed as fake news!

Could this be a publicity stunt pulled off by the Teen Mom star or could this be signs that she's soon to be pregnant, let's find out!

Just two days ago, the 25-year-old Catelynn posted a picture of a sonogram with a cartoon baby in her Instagram with 2.6 million followers announcing that she's pregnant and happy to welcome baby Baltierra soon.

Later, she confessed that the news was just a joke and she's not pregnant. The couple dropped hints that they wanted a baby by posting a tweet quoting,

"Wahhh I'm ready for another baby @TylerBaltierra. and to this Baltierra responded, 'Me too, babe.'

Soon, after posting the picture, she added another photo confessing that it was just a joke and she would love to have one soon. 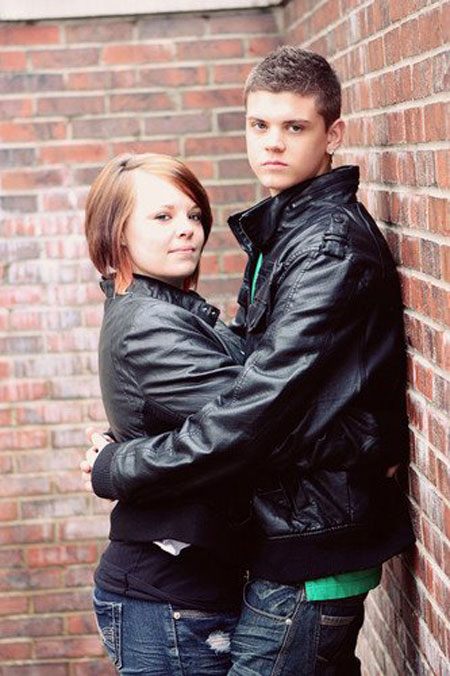 Catelynn with husband Tyler in a photo shoot, Source: Starcasm

Despite the fact that Catelynn was trying to be funny, most of the readers and her fans didn't find it funny and backlashed the couple with pretty harsh tweets and comments.

Check out some of them!

@TylerBaltierra He's a man. He doesn't see where women get offended. Some people CANNOT have kids and here you are JOKING about it. Sick.

@TylerBaltierra @CatelynnLowell I don't get it tho...you lied at the expense of a joke and you don't see how it's a problem?

@TylerBaltierra a joke is funny, how is saying you're having a baby which is emotionally investing news then saying it was a lie funny?

@TylerBaltierra jokes are supposed to be funny, dear.

@TylerBaltierra Not a joke when people struggle with infertility everyday

@TylerBaltierra I expected better from you, considering your platform. This is bullshit, Tyler.

Seeing all these backlashes, Tyler and Catelynn tweeted back apologizing and confessing it was never intentional and they didn't mean to offend anybody.

Apparently the world can't take jokes anymore...don't worry #TeenMomOG will be back on the air soon so we can disappoint you some more

I actually love all of those critics. The fake profile pics & repetitive insults based on the lack of creativity...they just crack me up https://t.co/Vu5ret2keR

Yes, I'm the lowest piece of shit, insensitive, entitled, asshole & a sorry excuse of a human being & I shouldn't be allowed to reproduce https://t.co/OHJkCcq25h

Catelynn is happily married to husband Tyler Baltierra since 2015

The teen couple was high school lovers back in 2005 when they first started dating. This Michigan native discovered that she was pregnant with her boyfriend's child and this news came as a shock to her parents. 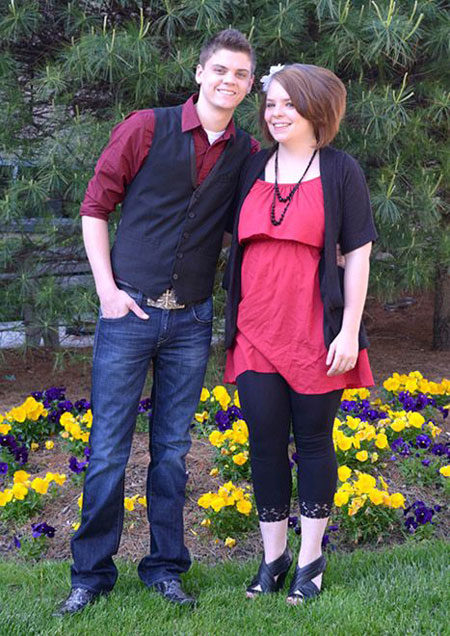 The couple then featured in the popular show 16 & Pregnant where both Lowell and Baltierra decided to give up their baby for adoption.

In May 2009, Catelynn gave birth to her adorable daughter Carolyn Elizabeth who was adopted by Carly's adoptive parents Brandon and Theresa.

The strong couple again welcomed their second child, a baby girl, in 2015 and named her Novalee Reign. 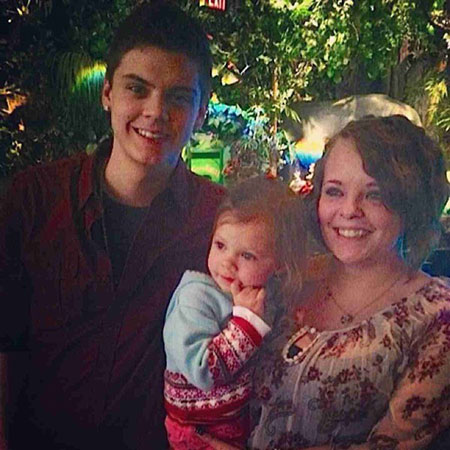 The couple who dated for almost a decade finally got married on 22 August 2015 organizing a grand and lavish ceremony. 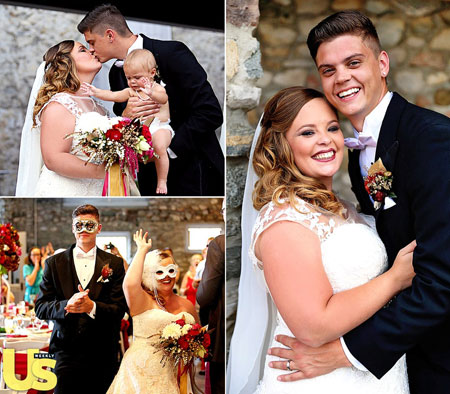 The perfect couple wed at the picturesque Castle Farms venue in Charlevoix, Mich and exchanged vows amidst 154 guests.

Their wedding was aired on January 25, 2016, on an episode of Teen Mom OG, and the sweetest moments in the wedding made everyone cry in the wedding. 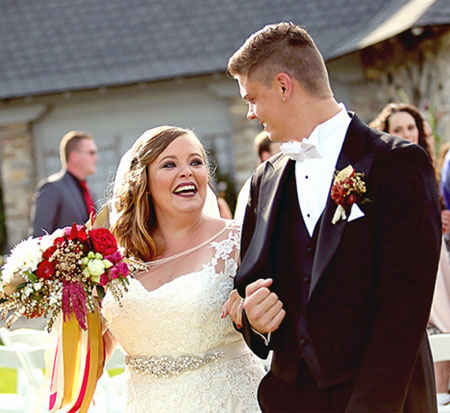 Catelynn walking down the aisle with husband Tyler after the ceremony, Source: US Weekly

Baltierra took away the moment when he read his handwritten vows to the lovely bride Catelynn quoting,

“From middle school sweethearts at the tender age of 13 to two teens in a crisis facing the odds together to becoming parents and building a household together, to playfully goofing around together like children as if no one is watching."

All these things and much more are the reason I want to make a promise to you.”

Their wedding was one of the most special moments of their lives and the pair is still going strong together. They both are proud parents and love to spend fun time with their daughter.

My Tootie having fun with mommy decorating cookies!! #mylove#babygirl #christmas2016

We wish them the life time of happiness and togetherness and hope they remain happy and united forever.