Home Article Catherine Paiz is Dating a Secret Boyfriend and also has a Daughter: Know about her Affairs and Relationship

Catherine Paiz is Dating a Secret Boyfriend and also has a Daughter: Know about her Affairs and Relationship 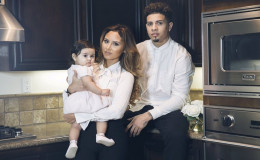 Having a perfect life partner in life is a dream of everyone, and seems like the gorgeous fitness model plus an aspiring TV host, Catherine Paiz is pretty lucky in this case.

Catherine is in a relationship with her longtime boyfriend, Austin McBroom since years and the couple also has an adorable daughter together.

The family together has a YouTube channel named The ACE Family. To know more about the couple and their relationship, stay with us!!!!!

The gorgeous, Catherine is now living along with her longtime college boyfriend, Austin McBroom who is the former NCAA basketball guard.

He is very popular in social media and has quite a fan following. The couple also used to play basketball together during their college days.

They are together for years but has not still disclosed about their marriage. So, they might be married but has not revealed the news.

The pair not only lives together but also has a YouTube channel.

Happy 25th birthday to the love of my life??

The pair uploaded many pictures together on their social accounts which seem really romantic.

Mother of a beautiful Daughter

In the year 2015, the couple announced the pregnancy and revealed the news of them being the parents for the first time.

She even posted the pictures of her ultrasonography on her Twitter showing the baby of her womb. The couple also posted several pictures during the pregnancy time which is so perfect.

When your mom randomly sends you a pic of you in the womb ???????? pic.twitter.com/1kNPQslvwe

Everything fell into place. Now we're just waiting on you ?? #MayBaby

The family completed after they welcomed their cute little daughter named, Elle on 28th May 2016. Catherine even uploaded a picture with her daughter only after seconds of her birth.

Our world ?? Photo by: @bokocecile

Now, after the birth of the little angel, the whole family uploaded several videos and pictures on social media accounts. 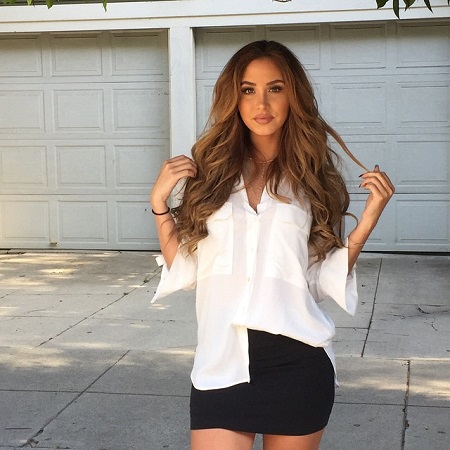