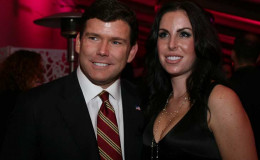 American media personality and Chief Political Advisor at FOX is currently married to Amy Baier. The pair has two sons and is together in a marital relationship since 2004. The family lives in Ralph Lauren;'s inspired house in Washington.

Having perfect family, stable career and doting wife are every man's long-cherished dreams. And, FOX channel's chief political anchor Bret Baier has achieved it all. He is enjoying a successful life as a husband, media personality and news anchor.

Bret Baier hasn't only achieved success in the media sphere with his political shows and commentary; but also have succeeded in romance and marital life. Baier has been enjoying marital bliss with his wife Amy Baier for fifteen long years and counting. What is the success of his long-lasting marriage with Amy? How did his love story with Amy unfold? How many children did he parent? Let's read in!

How Love Story of Bret Baier and Amy Baier Unfolded?

Bret Baier has been a mainstay in American newsroom for almost two decades. He has worked significantly for the media houses like CBS, PBS, NBC, FOX, etc. He is well-known for his political anchoring, reporting, and commentary on issues such as Pentagon attack, George W. Bush's decision for Iraq invasion, Obama's presidential tenure and campaign, Hilary Clinton's e-mail scandal, etc. 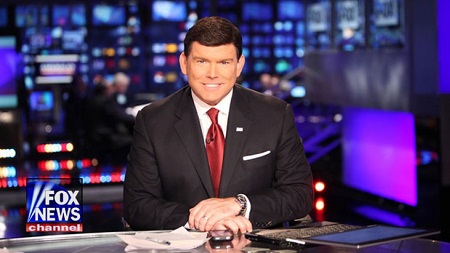 The handsome newsman has been enjoying healthy marital bliss with Amy Baier. Bret and Amy met each other for the first time during a blind date in September 2001. Their mutual friends had a hand in their early encounter.

As per the report, their mutual friends felt they perfectly complimented one another and seem like a  perfect couple. At the time of their first meeting, Bret was working for the prestigious media channel and Amy was working as a media planner for Calvin Klein and worked in Chicago. 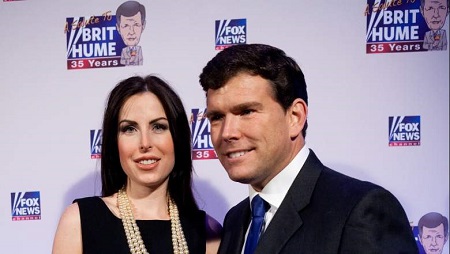 Bret and Amy pose for the photograph during an event.
Source: Getty Images

About Bret Baier, Amy recalls in an interview:

“I’m not sure why they thought it would work, but they had a good feeling it would. They did warn me, though, to buckle up — that a life with Brett Baier would be an interesting ride.”

Amy was apprehensive and wary of meeting a guy from the east coast working in a national media outlet, but she eventually met him on a blind date. She claims that she was nagged by her friend to meet the guy.

The pair first date was during a Rolling Stones concert. Bret managed to charm his lady Amy in their first date with calm and gentlemanly demeanor. 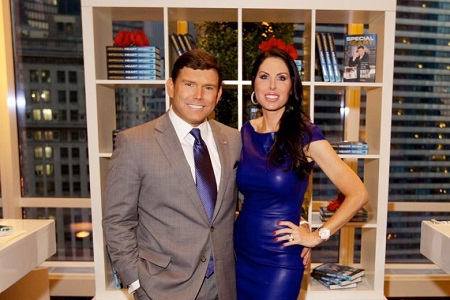 Bret and Amy pose for the photograph
Source: Fox News

Talking about her impression of Bret on their first date, Amy recalls;

"Bret was such a gentleman. He’s from Atlanta and has that southern charm. We’ve been together ever since."

The couple engaged in a long-distance relationship at the first innings of their romantic relationship. They traveled back and forth between Chicago and Washington; during the course of their relationship.

After dating each other for years, the lovebirds tied the knot in 2004. After their marriage, they lived in Washington. In an interview, Amy confessed that she had wanted to live in Chicago with her husband Bret; but he was adamant about living in Washington. 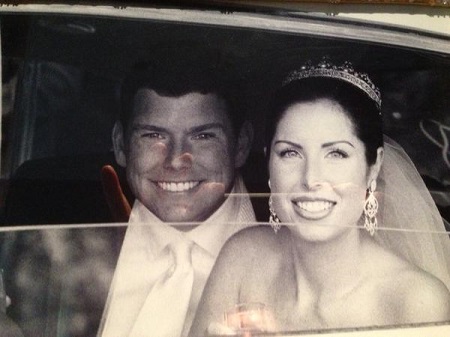 Bret and Amy photographed during their wedding in 2004

The couple has enjoyed a steady, smooth and strong marital relationship. Their marital life is really going smooth and strong. In their years of marriage, their love hasn't declined at all. They haven't fought much with each other.

You May Also like; Bill Turnbull and his wife Sarah McCombie married life

Mutual trust, respect, loyalty, and honesty seem to be secret of their happy marriage. They do not let their professional lives affect their personal relationship.

None of them have ever engaged in extramarital affairs. They are giving serious couple goals to other couples. 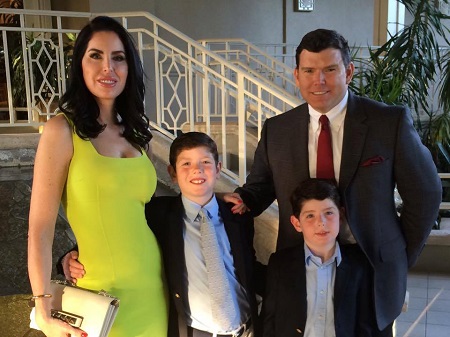 Bret and Amy pose for the family photo with their sons Paul and Daniel during a party.
Source: Pinterest

He had two holes in his hearts, that could have proven life-threatening. Luckily, the doctors of the Children’s National Medical Center were able to treat his heart defects after performing open-heart surgeries on Paul, thrice.

Both Bret and Amy took time off their busy schedule to tend to their ailing son during his treatment. In 2014, Baier wrote about his son’s inspiring fight in his book Special Heart: A Journey of Faith, Hope, Courage, and Love. The family also raised $11 million in charity to provide donations for the hospitals treating pediatric heart causes.

The Baier family are often seen enjoying vacation, festivals and holidays together. They like to do shopping, grocery purchase and watch movies together. Baier family even attended a TV show wherein, the entire family gathered to cook a delicious meal.

The family has been photographed numerous times enjoying games together. Bret's Instagram posts are either about his work life or family life. Amy also regularly updates her fans and well-wishers with her family photographs.

Currently, the Baier family resides in their lush home in Washington inspired by Ralph Lauren's condo. Their home is estimated to cost around $3.5 million.

Their Washington home has a master bedroom with two bathrooms, a workout room, a nursery, and a playroom. It also has a three-car garage and wine cellar and a unique living room that has a bar and doubles as a library. 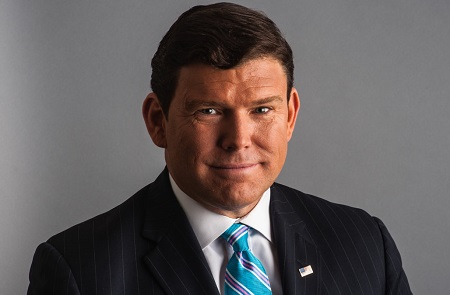