Home Article Who is Chole Lukasiak Dating in 2022? Learn her Relationship History

Who is Chole Lukasiak Dating in 2022? Learn her Relationship History 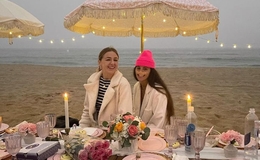 Chole Lukasiak, known for Dance Mom, came out as gay after confirming her relationship with skateboarders and influencer Brooklinn Khoury with whom she dated quietly for months before announcing publicly. Chloe is in a comfortable position to share her new affair with the people.

Chole Lukasiak has won prestigious awards for her determination as a television personality and model. In 2015, she landed a role in movies like Children of the Dead and Loophole. But how's her personal life? Let's explore her relationship status, including her sexuality, in detail.

Chole Lukasiak opened up with PEOPLE magazines and felt free after confirming her relationship with Brooklinn Khoury, a social media influencer. After a month of rumors, the actress was happy last October after confirming that she was dating Brooklinn and declaring she was, infact, gay. 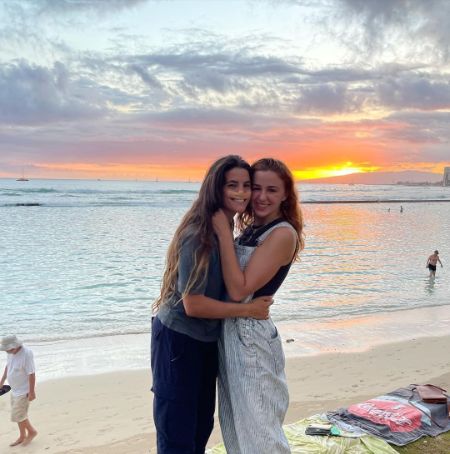 Chloe Lukasiak and Brooklinn Khoury have been dating since October 2021. SOURCE: Instagram(@chloelukasiak)

In a YouTube video, the lovebirds disclosed how they first met each other, "A lot of people don't know this, but we did meet on Hinge. We met on a dating app. I feel like you get to a certain point, and you're like' How am i gonna meet somebody?"

The two admitted that they hit it off after initially conversing about dinosaurs. The reason for trying a dating app was Chloe wanted a safe place to explore her attraction to women who weren't asked much as in the real world.

"It feels so good for people to just sort of know. All of my friends have  known for quite a while, but to take away that last layer hiding was so freeing, "Chloe revealed of feeling cool to be able to post about her relationship.

Learn What Happened to Brooklinn Khoury?

After sharing a connection, Chloe and Brooklin got used to being in the eyes of the media. Gradually, the duo reveals more about their courtship since the lovebirds have displayed their love by leaving honest sentiments for one another and including both in multiple posts. 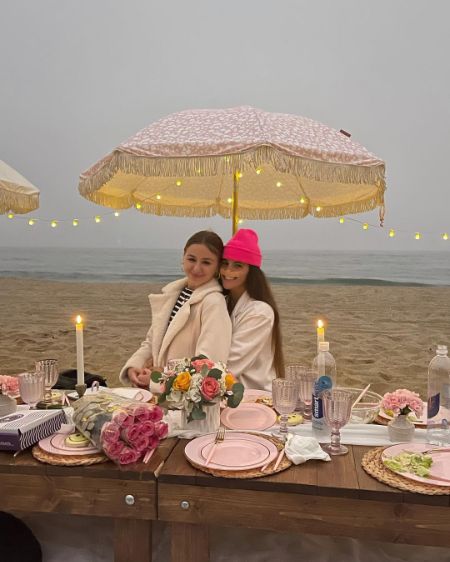 Additionally, Chloe on Instagram captioned with a black heart on side-by-side photos and made it official with the celebration of the first anniversary in December of 2021. Chloe shared her genuine affection, support and admiration for her lover.

In a similar post, Chloe penned," Our one year was last month. Every single day with you is beautiful adventure and I am so, so grateful for that one random afternoon in October. You are walking, vibrant ray of sunshine and you light up the whole world. I love you."

Watch the video of Chloe Lukasiak getting upset with her girlfriend, Brooklinn Khoury.

Dance Moms Alum shared their love for her girlfriend in December after Brooklin lost her whole upper lip and parts of her nose in a severe Pitbull attack on November 3, 2020, after visiting her family in Arizona. The pro skateboarder accident occurred five days before the duo's meeting.

Not to mention, Lukasiak did not post any pictures showing her clear face until January 2021 with a post about her face surgery with an underneath facial bandage covering. Brooklinn wondered if she was still attractive to Chloe while in the hospital.

Previously, Chloe began dating the pop singer Ricky Garcia in 2015. The two first met at the Radio Disney Awards. After the award session, they began dating. The two were involved romantically, which can be seen on numerous videos on YouTube and pictures on social media sites. 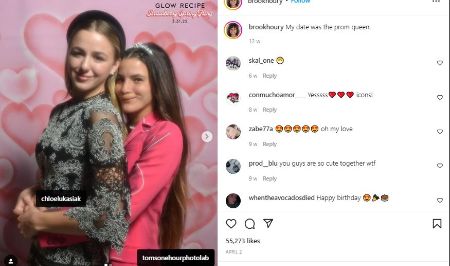 Chloe Lukasiak and Brooklinn Khoury made their relationship public in Oct 2021. SOURCE: Instagram(@chloelukasiak)

In contrast, the love affair couldn't last long and finally, they broke up soon." Asking what kind of support that person needs that day," says the Pepperdine University junior who is there to encourage Khoury on her journey to healing.

As of now, Chloe is in a stable relationship with Brooklin and is reviving her YouTube channel. The actress also picks out books with literati to create a reading experience through a curated club for adults while remaining focused on balancing school with her career.