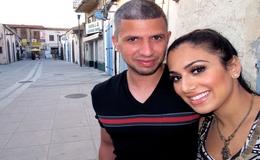 Also rewarded as Mr. Huda Beauty by the fans of Huda 'Kattan' Beauty, Christopher Goncalo still remains the strength, weakness and all the pillars existing in his relationship with the Dubai based-Iraqi beauty, even after twenty years later of their marriage.

To even begin with, who doesn't recognize the game-changing beauty guru, Huda Beauty, whose real name is Huda Kattan, an American businesswoman and beauty blogger, of Iraqi origin. Kattan, the owner of Huda Beauty needs to introduction. But, not everyone is aware of Christopher Goncalo, the man who can be credited behind Huda Beauty, and Kattan herself.

Christopher Goncalo Met His Wife On Her Sweet 16th Birthday

Mr. Goncalo, a student at the University of Michigan, first met her then-future wife, at her sweet sixteenth birthday party. The dark-haired beauty made the sweet revelation herself on Youtube. As a matter of fact, Christopher wasn't shy to approach and wish Huda for her birthday. And, it must have been in the moment, Kattan instantly developed a crush over him. (Watch the video below).

Not long after that, the two teenagers immediately began dating and with the mutual feelings that brought each other over their knees, Goncalo and Kattan became a girlfriend and boyfriend. And, in 2008, after celebrating the togetherness of numerous years, a milestone indeed, Chris wanted to take things further.

Long story short, Goncalo proposed Huda who happily said 'Yes'. As per several sources, Chris and Huda wed in 2008 in the presence of their beloved friends and family. Ironically, it was during the time, Huda wanted to launch her own beauty company. Unfortunately, America didn't seem to be the right choice financially, according to Goncalo, a major in Finance.

The next thing they knew, Goncalo made a bold decision to immigrate to Dubai, a highly developed city in UAE, at the time, where neither businessman nor the common people needed to pay any tax on products to the government. Chris and Huda moved to the Middle East city, shortly after their wedding, to pursue their career.

Co-Parent A Daughter With Kattan

Amidst all the business ventures and the tensions that followed with it, Chris and Huda waited a little longer to start a family. Their first and the only child, actually, didn't bless the love birds world until 2011. Daughter, Nour Giselle, was born on 25th June 2011 in Dubai, not in the United States. 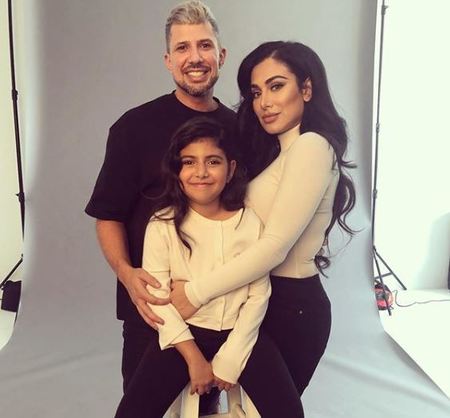 The gorgeous Nour inherited the beauty of her Iraqi mother and Portuguese father and can be even followed on Instagram which is monitored by her parents. And, by the look of her newfound love for makeup and makeover kits at a young age, it seems as Nour might follow the footsteps of her mother.

The small family of three happily still resides in Dubai and calls it their home. On the other side, things weren't always bright for Chris and his wife. Things, once, got powerfully intense at a point that Goncalo who sits on the position of the Chief Operating Officer at Huda Beauty thought they were divorcing.

Back in the day at one point, when Huda Beauty enjoyed its peak success, the only thing that Miss Kattan seemed to care about was her work and her billion-dollar worth company. The matter became so serious that Huda would spend mostly at the office and less at home. 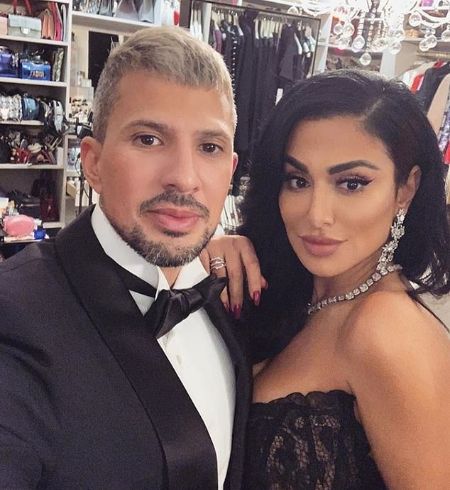 Amidst the situation, the father of one needed to be hospitalized for more than fourteen days to be treated for his perforated ulcers. Sadly, for Chris, their marriage looked as if it was on the verge of its endpoint, that he believed his wife couldn't care enough about him and that Huda would actually choose work over him.

Luckily, the couple overcame the challenges life put at their marriage as Huda realized the importance of family. And, so far, things look great for Huda and her husband, without any divorce and extramarital rumors.