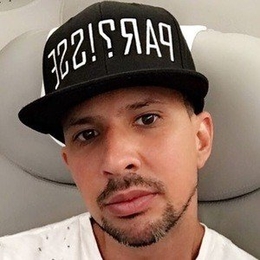 Behind every successful woman, there's a man too. Meet Christopher Goncalo, the husband of Huda Beauty creator.

Colombia-born Christopher Goncalo who currently resides in one of the most populous cities in the world aka Dubai has been together with her wife Huda Kattan, who is an Iraqi-American, for nearly two decades today since 2000, as of 2019. 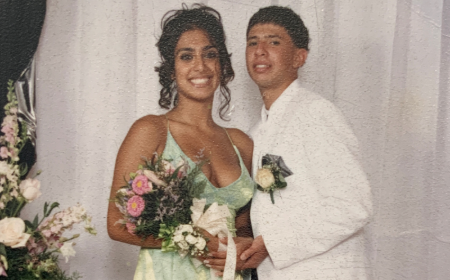 Matter of fact, Christoper met his then-girlfriend when they were just a teenager with Huda being only sweet 16 whilst Chris was a student at the University of Michigan. Goncalo, who majored in finance, was the one who suggested his wife move to the Middle Eastern country in 2008 for their career soon after they tied the knot the same year.

Father To A Daughter

Nearly three years later, the couple welcomed their first child, a daughter who they named Nour Giselle in 2011, whilst Huda, then-beauty blogger was on the beginning phase of building her business.

And, on the other side of their marriage, not everything always seemed rainbows and sunshine. In an interview, Huda revealed she almost divorced her husband because she was so busy with work that she rarely gave time at home. 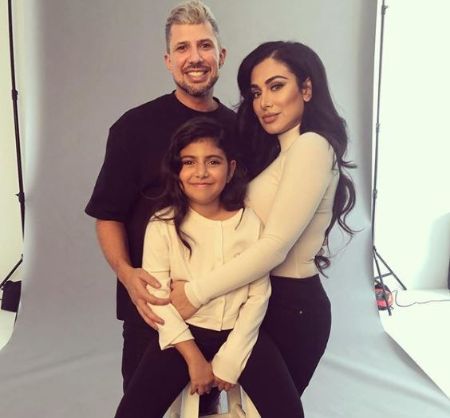 A family portrait of Christopher Goncalo and Huda Beauty with their daughter, Nour Giselle. SOURCE: Zimbio

There was even a time when Christopher had to be hospitalized for two weeks to treat his perforated ulcer and thought his wife was going to leave him for work.

But that was the last thing Huda would do to her husband. Fast forward today, everything has been going great for these two with operating a multi-million dollar company together as a family.

Nearly thirteen years later since their wedding, Goncalo and Huda are still enjoying their marital bliss. And, in the meantime, it looks like, the husband and wife have no intention to further expand their family by giving Nour a sibling.

However, Goncalo and Huda are busy expanding their empire and living the best of their life. In February 2020, Huda Beauty released 'wishfulskin', a line of vegan products for skincare. Needless to mention, the launch of the product was a success.

Goncalo's studies in financing came handy to operate Huda Beauty, her wife's business which was officially launched in 2013. Other than that, Chris also serves as the Chief Operating Officer for the $1 billion dollar beauty company.

Not to mention, his wife - one of Forbes' self-made millionnaire women, let alone is estimated to be more than $610 million. The other interesting fact is that Huda is also one of the highest-paid social media influencers who charge up to nearly $18,000 per sponsored post for product promotions.

And, did we mention, her followers on Instagram have surpassed more than 40 million, a number greater than the population of Canada? As for Mr. Huda Beauty, he has over 200k followers.

Nour Giselle, born in 2011, is the only child of beauty emperor Huda Beauty and her husband, Christopher Goncalo.