Home Article Confused Love! The Bachelor star Arie Luyendyk Jr. in dilemma choosing between Lauren or Becca; Who is the Winner?

Confused Love! The Bachelor star Arie Luyendyk Jr. in dilemma choosing between Lauren or Becca; Who is the Winner? 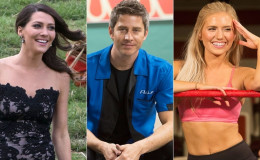 Confused Love! The Bachelor star Arie Luyendyk Jr. in dilemma choosing between Lauren or Becca; Who is the Winner?

The Bachelor's final episode was full of confusion and controversy as Arie Luyendyk Jr got engaged to Becca Kufrin only to call it off and then get back together with Lauren Burnham.

Congratulation was in order for Becca Kufrin as Arie Luyendyk Jr. went down on to his and put the ring on it only to break-up with her later. By far this season of the Bachelor was the most controversial of all time.

In the latest episode, the American-Dutch Auto Racing driver rejected Lauren Burnham and then got engaged to Becca. But soon after the newly engaged couple came back from their trip to LA, Arie decided to break up with Becca. 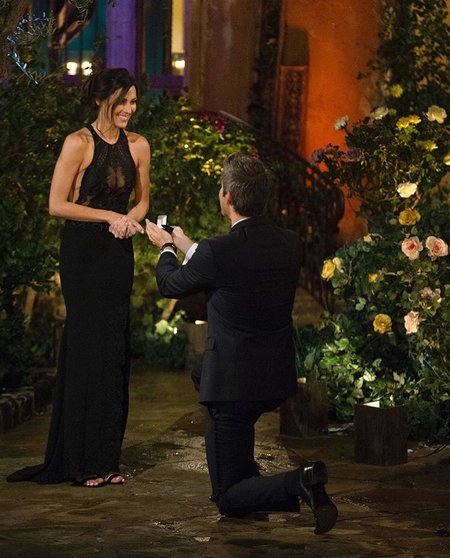 Arie proposed to Becca during the finale of the show
Source: Pinterest

The final saw Arie make a difficult decision as he has to let go either Becca or Lauren and according to him, he loves both of them. Difficult decision indeed! And what's more, neither of the finalists knows he has confessed to the other.

During the final episode shooting in Peru, Arie took Lauren to the top of the Hill just to end things with her. She was completely confused as to what is going on and then Arie cleared it all out. He stated,

“I was awake all night thinking about this moment. And I wanted it so bad for us. But there was something that was holding me back, and I just can’t go through with it. It’s not anything that I can explain other than that I gave it everything I had to see if it could work. I did fall in love with you.”

While rejecting her, he said,

Well, looks like his confusion took a toll on his decision as after the episode ended, he filmed the full break-up between him and Becca. Though she stated how bad she felt after the Racing Car driver couldn't stop thinking about Lauren. 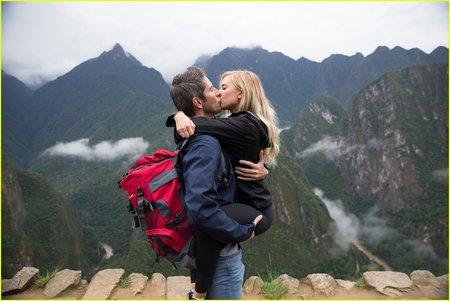 Arie after breaking up with Becca got back together with his love, Lauren
Source: Just Jared Jr

Because of his controversial and complicated decision, he received a lot of heat from the fans of the show. Well, be that as may, Arie is now together with the woman he first rejected. We wish both of them stays together.

Make sure to follow the Two-Hour live After the Final Rose special to find out the true future of the pair's relationship.