Home Article Country Singer Thomas Rhett and his Pregnant Wife Adopted a Baby Girl. "Lauren had this amazing glow about her and it just felt like she was already our daughter."

Country Singer Thomas Rhett and his Pregnant Wife Adopted a Baby Girl. "Lauren had this amazing glow about her and it just felt like she was already our daughter." 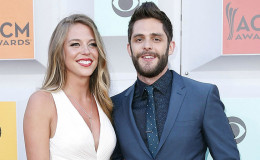 Country Singer Thomas Rhett and his Pregnant Wife Adopted a Baby Girl. "Lauren had this amazing glow about her and it just felt like she was already our daughter." Know their Affairs and Relationships.

They recently announced their adoption of the 18-months old girl from Uganda. Looks like Willa will not be alone at home as her mother Lauren is pregnant with the couple's first biological child.

It's a wonderful experience when one becomes a father or a mother for the first time. Thomas and Lauren always had a dream of having their own family but due to physical limitation, they weren't able to do that before. 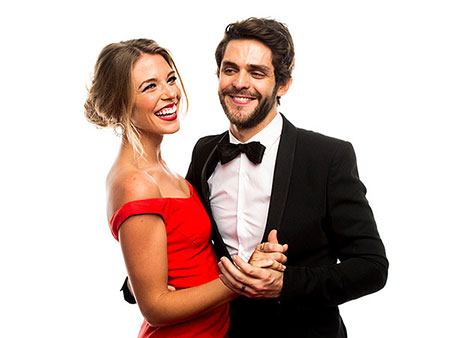 Thomas with his beautiful wife Lauren, Love Is In The Air, Source: People

But that didn't stop them from creating a family of their own, even if it meant to adopt someone. During their trip to various African nations in 2015, Thomas and Lauren decided to adopt from the millions of orphan kids. 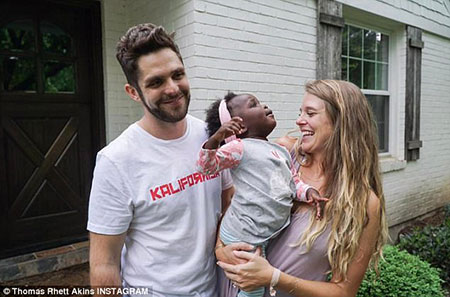 Recently, the love birds publicly announced the adoption of their daughter Willa Gray Akins. According to Thomas, upon her first visit to their hometown Nashville, he stated,

"On the way to the airport, it was like Christmas Day."

When asked about how Lauren felt about their adopted daughter, he affirmed,

"Lauren had this amazing glow about her and it just felt like she was already our daughter."

Lauren Announced Pregnant with their child

When they started the process of adoption secretly, the couple came across an information that changed their life. Lauren and Thomas announced that they're expecting a baby.

OH BABY! actually...BABIES! Our hearts are exploding with happiness for y'all to meet our new baby who we are bringing home from Africa soon who is also going to have a little brother or sister because, SURPRISE! there's a sweet baby in my belly too #adopting&pregnant #cominginhot2017

Lauren announced the happy news on her social media profile. The couple was in the process of adopting their first daughter as it is, and on top of that, they're now going to be parents of their first biological children. 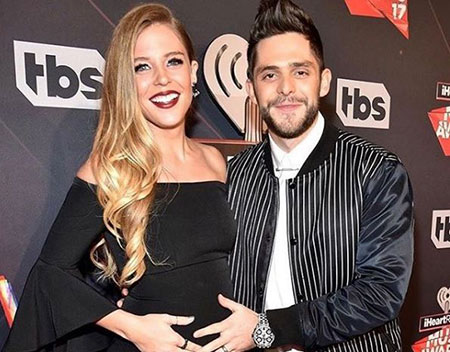 Lauren and Thomas announced that they're expecting their first biological child, Source: Pinterest

At least, Willis will be playing alongside her upcoming sister and both of them will become the light of their parent's eyes.

Thomas Rhett was born on March 30, 1990, in Nashville, Tennessee. Upon growing up he always wanted to become a big country musician. 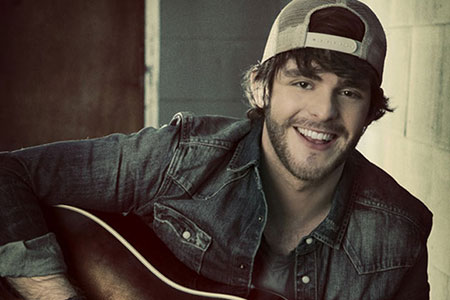 Thomas performing on one of his music videos, Source: Taste of Country

His childhood idols were Tim McGraw or Brooks & Dunn. His father Rhett Atkins was also a big musician.

He went on to attend the Lipscomb University and studies communication. But he later dropped out of college in order to pursue his dream of becoming a musician.