Home Article All of David Foster's Wives and Girlfriends Over the Years: The Singer is Married to His Fifth Wife Katherine McPhee

All of David Foster's Wives and Girlfriends Over the Years: The Singer is Married to His Fifth Wife Katherine McPhee 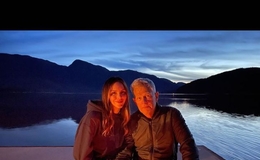 David Foster has been a significant force in pop culture for close to five decades now. The musician-turned-mogul has witnessed the music industry take its course from the classical, gospel, and pop-R&B to the latest fads and new genres, all while actively taking part in it in one way or another. Foster rose to fame with his first hit, Windflower, when he was a member of the pop group Skylark in 1973.

David Walter Foster, 72, is a Canadian musician, composer, arranger, music executive, and record producer. A pioneer composer and songwriter, Foster's decades-long multi-faceted career has endowed him with distinguished celebrity status, with 16 Grammys under his belt and many other accolades. Aside from his stellar reputation as a professional, Foster has cemented an extensive record in his personal life. The music mogul is married to his fifth wife.

Foster's love life reveals the endurance and determination the musician has exerted, not in keeping one woman but relentlessly pursuing love in every stage of his life. Foster is currently married to Katharine McPhee, a singer-songwriter and actress. The pair, 35 years apart, met during McPhee's stint on American Idol in 2006. The duo remained friends for years until 2017, when the romance rumors hit. The speculation was seemingly confirmed when Foster's daughter Erin posted a picture of the new couple with some innuendo caption. 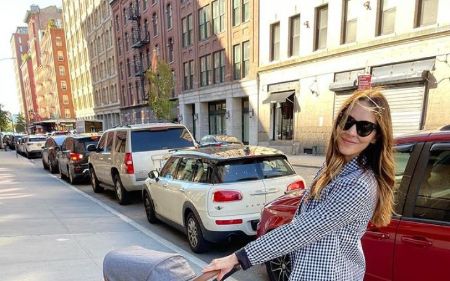 McPhee rose to fame as the runner-up contestant on American Idol. SOURCE: Instagram

Foster and McPhee didn't bother hiding from the press and made their relationship official at a Grammy Museum Gala on September 19, 2017. The couple's whirlwind relationship transpired with the pair getting acquainted with each others' families, making gushy statements, and finally getting engaged in July 2018. "When Kat talks about David, her face lights up. She is so happy," an insider said about the then-newly engaged couple.

Foster and the American Idol star tied the knot at Saint Yeghiche church in London on June 28, 2019, with over 100 guests in attendance. Over three years after their nuptials, the couple continues to gush about each other in front of the media. "I've always just admired him and loved him, and he's always been so great to people around him," McPhee said about her husband. Katharine gave birth to the duo's first kid, Foster's sixth, Rennie David Foster, in February earlier this year. 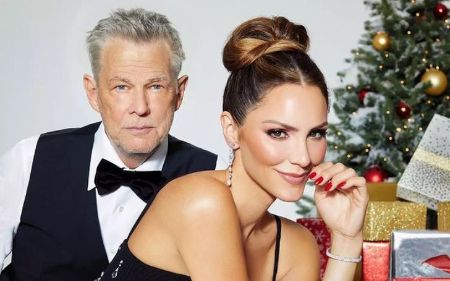 Foster and McPhee met on the sets of American Idol in 2006. SOURCE: Instagram

Foster and McPhee's relationship has received both approval and criticism. While many chalked the couple as just another celebrity duo with a massive age gap, a good number continue to call their relationship flawed and unacceptable in a normal social setup. While defending his pairing with the singer, Foster said, "People always make the reference Kat and I with the age difference, but I've always said there are so many things that can bring a marriage down, and the age difference is just one of them. We think we have it pretty together."

Before gaining the reputation as the young wife of the Grammy winner, Katherine was known as the American Idol star, with stellar credits in her resume. Not that her relatively new life with Foster has deflected or abridged her accomplishments, but her personal life surely overshadowed her career. McPhee, 38, a native of Los Angeles, rose to fame as the runner up of the fifth season of American Idol in 2006. 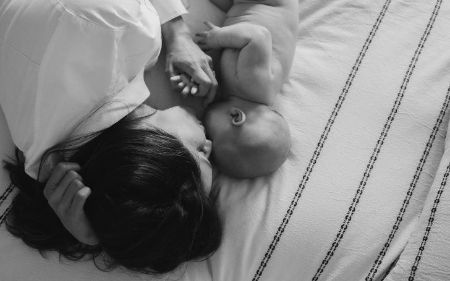 Despite her close victory on the reality competition show, McPhee kicked off her career with a pretty good start. The singer-songwriter released her eponymous debut album, which charted on Billboard 200 under RCA Records in 2007. While cementing a successful profile in the music industry, McPhee channeled her inner actress and made her feature film debut in The House Bunny. Katherine's other acting credits include You May Not Kiss the Bride, Shark Night 3D, and The Tiger Rising.

McPhee had a failed marriage and a few unsuccessful relationships before meeting the Canadian music mogul. The singer-turned-actress was married to Nick Cokas from 2008 to 2016. Toward the end of her unraveling marriage with Cokas, Katherine had a brief rapport with director Michael Morris. The American Idol alum dated her co-star Elyes Gabriel for two years before breaking it off in 2016.

Foster on becoming a father in his 70s!

Upon becoming a first-time mother in February, McPhee expressed her joy. "You've only made bringing Rennie into the world an absolute joy for me. To many more adventures baby! I love you to the moon and back," the actress wrote in a post dedicated to her Grammy-winning husband.

Five times the Canadian musician has walked down the aisle. It's as if Foster married every woman he ever fell in love with. The Grammy winner's relationship history reveals a host of famous names, some he briefly dated and some he was merely linked with. Foster was first married to singer B.J. Cook from 1972 to 1981. The Canadian has one daughter, Amy Skylark, out of his first marriage. 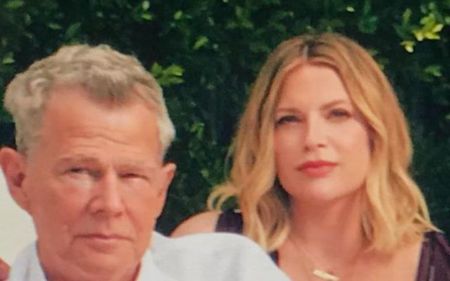 Foster had one more daughter, Allison Jones Foster, prior to Amy, but the singer placed his eldest for adoption and only connected with her when she turned 30. Shortly after his first divorce was finalized, the record producer took no time processing the separation and jump-started another conjugal life with Rebecca Dyer, who he married in 1982. But the pair's marriage lasted only four years. The couple shares three daughters, Sara, Erin, and Jordan.

Following his split from Dyer, the Windflower hitmaker started dating actress Linda Thompson and married her in June 1991. During their time together, the couple collaborated on many works but eventually called it quits after fifteen years in 2005. David had his most famous relationship with Yolanda Hadid, who he started dating in 2006 and married in 2011. The couple was together for nine years, during which Foster acted as a stepfather to Yolanda's three kids, Gigi, Bella, and Anwar.