David Guetta, 51 Is Currently Dating His Hot Girlfriend Jessica Ledon; Know In Detail About Their Current Affairs And Relationship 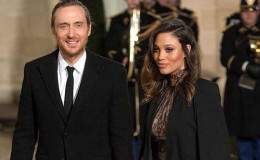 Famous and rice musician David Guetta is currently doing shows and tours after releasing his recent album in September 2018. The DJ is said to be currently engaged to girlfriend Jessica Ledon.

David Guetta is among the most successful DJs in the world. The French DJ changed the music game with notable hit songs like Sexy Chicks, Play Hard and many more.

While David is enjoying the great feedback on his latest single Say My Name, there are rumors going around that the DJ is reportedly dating and engaged to a model 27 years younger than him.

Do you think David has found love again after divorcing his ex-wife of more than two decades, Cathy Guetta?

Let’s catch up on the hot gossip!

Is The Famous DJ David Guetta Dating Anyone?

To answer your curiosity about David Guetta’s current affair the French DJ is indeed in a relationship. David has been dating actress Jessica Ledon, 24 for some time. 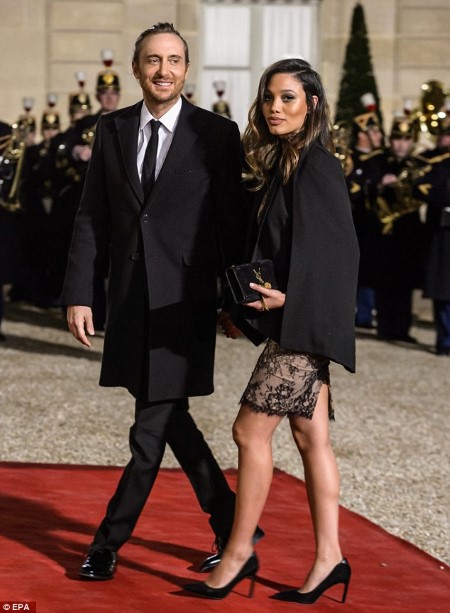 Jessica is an LA-based actor.

David and Jessica had known each other for around 2 years and were just friends before they officially started dating.
The couple started dating immediately after David officially divorced ex-wife Cathy Guetta in 2015.

Matter of fact, David and Jessica have been in love for the past three years. Jessica can also be found following David at his shows and events.

The couple is so into each other and in love that Jessica calls him the love and the light of her life.

Can 51 years old David And Only 24 years old Jessica Be Already Engaged?

After being together for the last three years, the couple is reportedly said to be engaged already.

The couple recently shared some pictures of David’s 51st birthday celebration with close friends on their Instagram.

Thank you so much for the surprise birthday party wow @jessledon @cedricgervais and all my friends you re the best!!!!

In recent pictures of David and Jessica enjoying in Miami beach, David can be seen wearing a beach short whilst Jessica can be seen in a blue bikini. 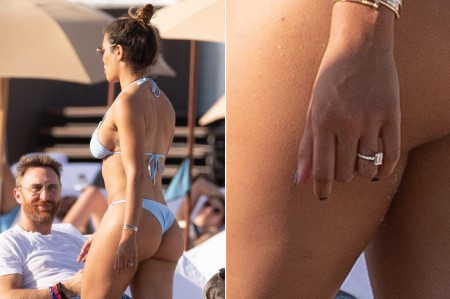 However, what mostly shook the fans was that Jessica was spotted with a diamond ring on her finger. There is a higher possibility that the duo is absolutely engaged.

Although the couple has not confirmed anything on the rumors, fans are already congratulating them on Instagram and Twitter.

Happy birthday my love! It was really tempting not to post that video where you don’t know your time tables and thought 7x9 was 49, but I figured following your post with humanizing topless pics, was more fitting! You are love and light in everyone’s life, specially mine ! Love you so so so much

Let’s hope the couple announce their engagement soon and finally put an end to all the speculations.

The famous Music Producer and DJ was previously married to Cathy Guetta, mother of his two children 13-year-old son, Tim Elvis Eric Guetta and 11-year-old daughter, Angie Guetta. They got married in 1992 after being engaged in 1990. 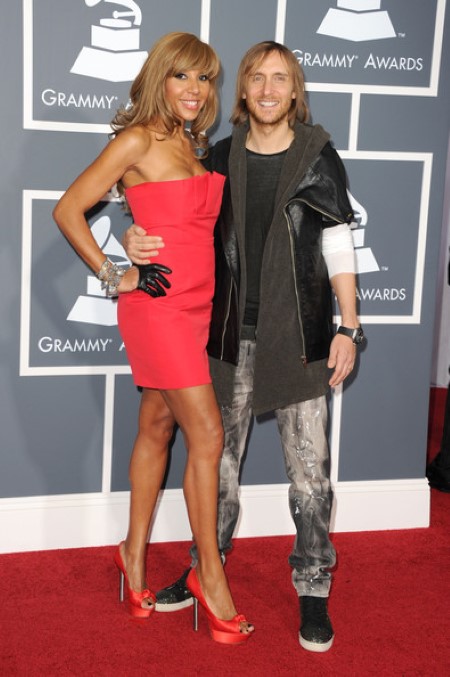 Cathy is professionally an events organizer, actress, and socialite, and previously also helped David in organizing his shows and events. The ex-duo are said to be fighting over the entitlement of David’s fortune. 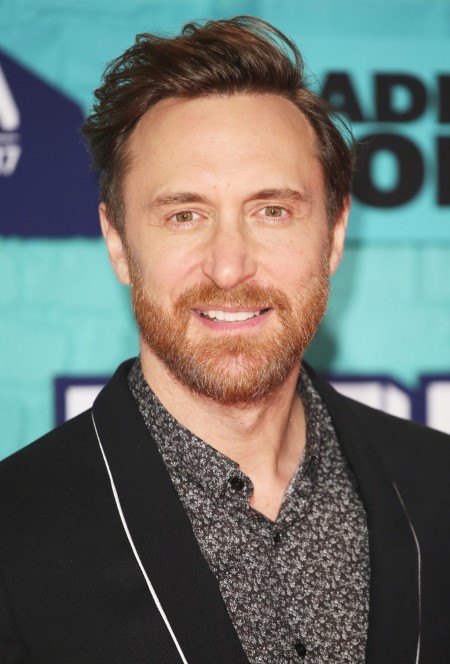