Home Article David Guetta involved in Heavy PDA with Girlfriend while holidaying in Spain; See his Relationships and Affairs

David Guetta involved in Heavy PDA with Girlfriend while holidaying in Spain; See his Relationships and Affairs 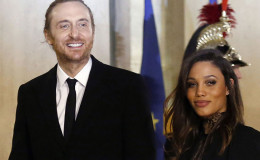 David Guetta involved in Heavy PDA with Girlfriend while holidaying in Spain; See his Relationships and Affairs; Also, see David Guetta Career and Net Worth

David Guetta's songs always help us forget all the worries and dance whenever the DJ plays it, be it in any marriage or any party. After his 22-years marriage ended in 2014, he started dating Cuban model, Jessica Ledon.

The pair were recently spotted cozying up during their romantic getaway in Spain. So after dating for 2-years, is the couple planning to get married? Find out here.

David and Jessica Ledon-Packing a PDA

These days celebrities do not shy away from showing love to their better half. The media nowadays surrounds every celeb everywhere which often leads to some blunders or shocking news. 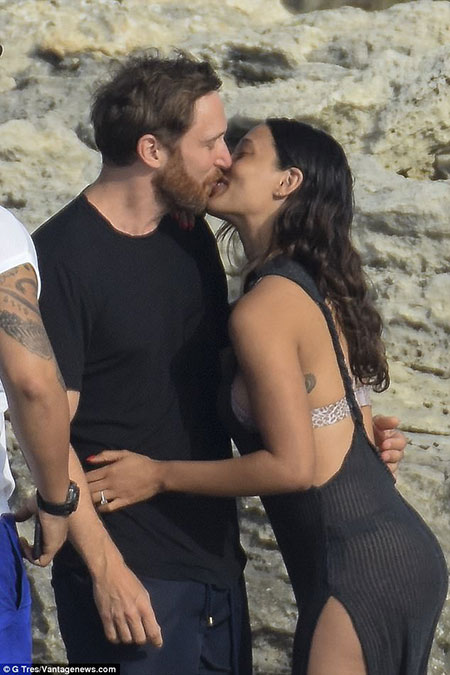 David and Jessica packed in a heavy PDA during their recent trip to Spain, Source: Daily Mail

During their recent romantic vacation in Formentera Island, the French DJ, kissed and cuddled with his hot girlfriend, Jess.

The pair started dating in 2015 and made their relationship public in 2016 when both of them joined the Cuban President, Raul Castro at the Elysee Palace.

Jess and David looked like a perfect couple as they shared a cozy PDA. The 49-years-old music producer looked comfortable as he wore a black T-Shirt and Navy swimming shorts.

Both of them looked comfortable as they wore simple casual wear, Source: Daily Mail

The duo didn't shy away from the camera as they even shared some intense romantic moments. David clicked various pictures of his girlfriend as she took a splash at the sea.

The model looked stunning wearing a tiny bikini along with a thong like skirt. The duo is enjoying their relationship right now and looks like they'll continue to do so without hurrying on taking a decision of marriage.

David was previously married to Cathy in 1992 after meeting the same year. Their marriage lasted for 22-years until calling it quits and divorcing in 2015. 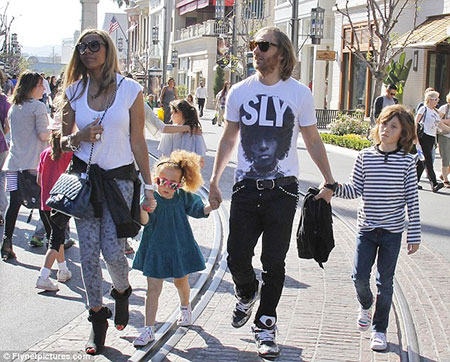 David Guetta separated from his wife in 2012, Source: Lipstick Alley

Their divorce came as a big shock to everyone as in 2012, they renewed their vows once again at the Island of Ibiza while celebrating their 20th marriage anniversary.

They share two children, Tim Elvis, 10, and Angie, 6. The pair called it quits due to irreconcilable differences and his wife won the custody of their two children. 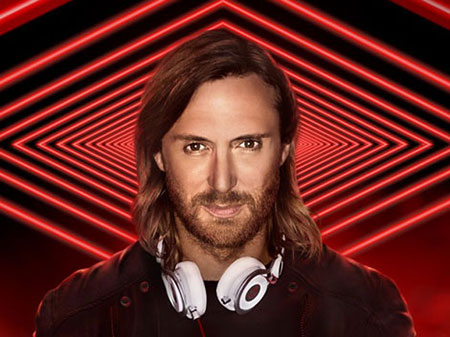