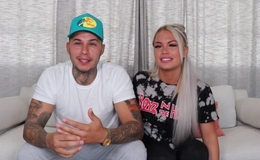 Derek Deso raised by his independent mother along with his younger brother Ryan Deso is a well-liked YouTuber. Since 2010 the social media star acquired as many as ten million views from his antics. Derek and his wife got hitched in September 2020. Are they still happy with each other?

Derek Deso, who was raised with his younger brother Ryan Deso by their independent mother, started dating Sophia Turner in early 2019. Just after few months of romancing, Derek and Turned got engaged. But, the couple kept their wedding and marriage details a secret for some months before revealing they married on 12th September 2020. 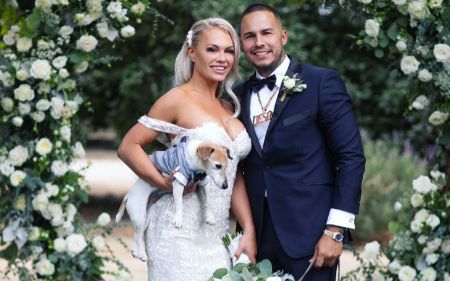 The youtube star has also uploaded his full wedding video on his channel. It is not known how the duo first met. But after hanging out for some time, they became close friends and remained the same for years. It is said that Derek once invited her to lunch to propose to her. Sophia, of course, said yes, and it did not take long for the lovebirds to make their next move.

All in all, the bonding among the couple is going strong even after they got hitched. Sophia also appears in almost every video and contributes heavily to her husband's content ranging from an extreme food challenge, pranks, and family videos. Looking at the enormous views on their videos, the couple is definitely the favorite of many people around the world.

The prankster previously shared a relationship with a girl named Lycette Cornejo before meeting Sophia Turner. Like Derek, Lycette is also a Youtuber with her own youtube channel. Derek & Cornejo used to collab frequently on videos before their break-up at the end of 2018. 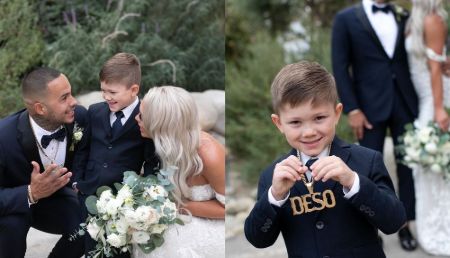 Quincy Deso is the son of Sophia Turner from a past relationship. SOURCE: Instagram (derekdeso)

Sophia, on the other hand, gave birth to a son Quincy from her previous relationship. However, Derek still plays a father role to Sophia's son and shares a good bonding with him. Quincy also attended his mother's lavish wedding as Derek's best man.

Derek Deso began his career on youtube around August 2010 with his friends Qubanguy. Lil Moco and NesBoog on a Youtube Channel called 'The Boogshow'. The group's first video was Boogshow' where they introduced themselves to the audience.

Watch the prank video of Derek's prank on Sophia below.

Likewise, Deso's channel 'DerekDesoDaily' has gained massive 2.56 million subscribers so far, and that number continues to keep on growing with his unique content. Sophia Turner and Darek Deso are also amongst the most popular Youtube couples out there. Both plays mean pranks on each other. For instance, on 11 July 2020, Sophia told her husband of being pregnant by another guy. But since it was a prank, it came out as a joke in the end.

Sophia also created a self-titled youtube channel, but she isn't consistent like her husband. With all that said, Turner is also a beauty enthusiast and refers to herself as a 'Lash Tech, Hair Stylist & Salon Owner' on her instagram handle which goes by the name' lashedbysophia.' There, she promotes her own designed eyelashes and beauty products.