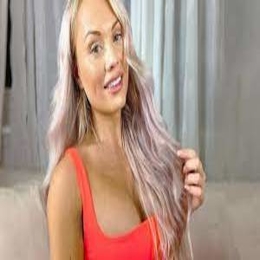 Sophia Turner is the wife of American YouTube star Derek Deso who earned name and fame for posting extreme pranks on his channel. Derek amassed over 2.4 million subscribers due to its unique content and intense nature. Besides this, she is a famous fashion enthusiast, social media influencer, model, lash technician, salon owner, and hairstylist from the United States of America.

Flaunting blonde hair, Sophia Turner is happily married to the famous YouTuber Derek Deso. The couple started their romantic relationship in early 2019. However, the duo had not disclosed when and where they met for the first time in the media.

Then, eventually, the loving couple exchanged their marriage vows on September 12, 2020, with their close friends, relatives, and families. But the wedding venue is not known in the media.

Moreover, Derek also posted photographs and videos from his wedding on social media. Sophia also shared a message on her Instagram before 45 days of her wedding and said:-

"I'm getting married in 45 days to my best friend, this was one of the best weekends of my life! Being able to spend it with my best friends and my man and his best friends was such an amazing experience! Thank you all my sisters for making it so beautiful for me and thank you to my #1 man for making me the happiest chick in the world! Now excuse me while I rest for 3 days." 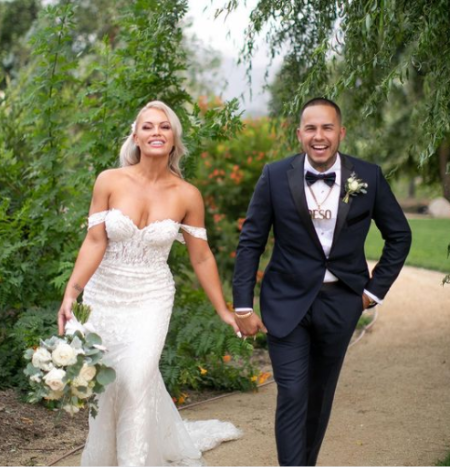 Deso posted a wedding snapshot via Instagram two days later to mark their wedding. Derek was stunned in a black-white tuxedo during the ceremony while Sophia donned a custom-designed bridal white gown. 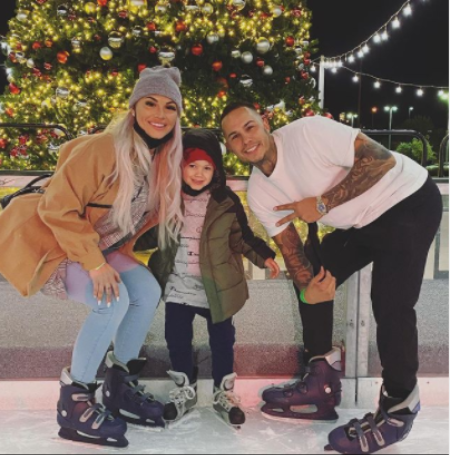 Both Derek and Sophia managed to keep their wedding date secret until they revealed it in early July 2020. Not to mention, Derek has a healthy relationship with Sophia Turner and her son. But, when you look at the content on their channel, it may look like the pranks may threaten their normal relationship.

More recently, Sophia told Derek she got pregnant with another man. However, later it turned out to be a prank. There was also a moment when Derek retaliated by telling Sophia he cheated on her. The newly married bride didn't realize it was a prank, and because of that, she almost called off the wedding.

Before their courtship with Turner, Derek was in a romantic relationship with a lady named Lycette Cornejo. Lycette continuously collaborated with Derek for video content until they broke up in the fall of 2018. But currently, the husband-wife duo lives a happy married life in Los Angeles.

Likewise, Sophia Turner is a doting mother to her six-year-old son Quincy whom she gave birth on September 28, 2014, with her ex-husband, whose identity is still unknown. At present, the beauty guru is raising her son with her present husband, Derek Deso. Fortunately, Deso is playing a significant father figure role to his stepson.

On August 29, 2021, Sophia and her husband Derek uploaded a video titled "OUR FIRST BABY," announcing that they were having their first baby. However, it was not a prank from either of the couple's sides this time.

It was an honest pregnancy announcement video informing their fans of the excitement of the two on having their first child. Since announcing the happy news, Turner looks over the moon and actively updates their fans on her pregnancy journey. The first love child of Sophia and her husband will arrive in summer 2022.

Sophia Turner, whose height is five-feet-six-inch, is a lash technician, salon owner, and hairstylist. The glowing baby mama joined the YouTube community, where she posts lifestyle, workout videos and beauty tips. Besides this, she has modeled for many famous brands.

By far, Turner has collected 53.3k subscribers and 1,153,280 views on her self-titled YouTube channel, which she joined on July 9, 2019. The starlet has uploaded around 58 videos on YouTube.

The blonde beauty designs eyelashes, which she displays and promotes via social media. Turner's net worth can be estimated to be around $800 thousand. The brown-eyed generates a decent amount from her career as a hairstylist.

Turner is a regular cast on Derek's channel. She contributes consequently to his content. Turner and Deso are also among the supposed powerful couples on YouTube. Sophia's partner Derek Deso is known for creating the "TheBoogShow" channel in August 2010.

Sophia Turner married twice in her life. Her first marriage was to baby daddy whose identity is still kept secret.

Sophia Turner is enjoying sound life with Derek Deso. They tied a knot in September 2020 after dating a year.

Sophia Turner gave birth to her first child Quincy on September 28, 2014, with an ex-partner. Quincy current lives with Sophia and Derek Deso.