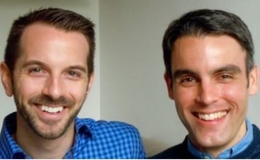 Devin Dwyer married the love of his life, research scientist Adam Joseph Ciarleglio in a private ceremony in July 2016. For almost a decade, the couple dated each other and chose their special anniversary date to walk down the aisle. Catch up on more details below.

ABC News contributor Devin Patrick Dwyer met his partner Adam Joseph Ciarleglio more than a decade ago. When the two first met, both were jogging on a cold evening in Central Park between the weekly Fun Run in January 2009 at the event was launched by Front Runners New York, a running club. The two ever since became inseparable. 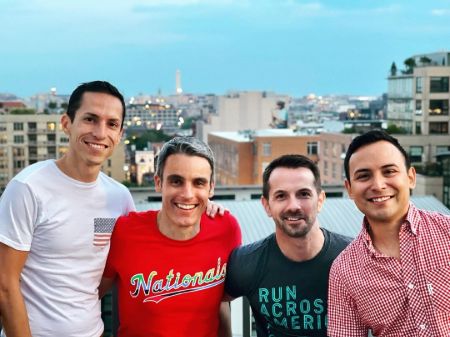 Eight years later, Devin Dwyer happily married his partner in a secret ceremony on July 3, 2016. He told in the interview, "I met him while running in Central Park on a cold evening in January 2009." The Good Morning America on-air correspondent confirmed his married life months later on a Television show.

Recalling their romantic life together, the openly gay Dwyer said, "We thought of not getting hitched. But then thinking of what's happening right now in the world today; we came to the conclusion - you know what? Let's do it. Let's just do it." The Emmy nominated journalist continued, "He is devoted to me, I am devoted to him. And that's really the end of the story."

All in all, Dwyer & his spouse have enjoyed almost half a decade of married bliss together, and there is no way to stop their romantic bonding. This gay couple doesn't share any kids just yet. However, Devin and his husband might probably think to adopt one in the future.

ABC News reporter Devin Dwyer started his journalism journey as a contributing on-air correspondent. In addition, Devin also worked on radio & video stories aired on NPR, PBS, and American Public Media. Adam has also lectured in the Department of Biostatistics at Columbia University. Speaking of his net worth, the 33-year-old journalist possesses an estimated net worth of $500,000.

Here's the video of Devin Dwyer reporting for ABC News.

Impressively, Dwyer also handled his job as a coordinating producer at ABC News in Georgia, Atlanta, and New York City. Coming to Dwyer's sweetheart, Mr. Ciarleglio makes a decent amount of cash from his profession as a research scientist in biostatistics at the New York State Psychiatric Institute in Manhattan.