Home Article Divorced With Husband Stew Kaufman, Linda Cohn Says She Has Not Been In Too Many Dates and Had Boyfriends: The Mother of Two is Currently Single

Divorced With Husband Stew Kaufman, Linda Cohn Says She Has Not Been In Too Many Dates and Had Boyfriends: The Mother of Two is Currently Single 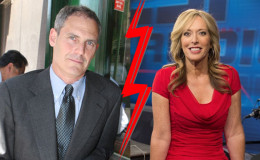 Linda is a master at her craft. She can relate to the true sports fan because she IS a true sports fan. She is a brilliant storyteller who uses her wit, imagination and passion for sports to make the stories she delivers come alive. She connects with her viewers, because she is the real deal.

A huge sports fan herself, and someone who even has a history of playing hockey as a goaltender in women's ice hockey league at SUNY Oswego, ladies and gentleman, we present you today with the brilliant and beautiful American sportscaster Linda Cohn.

Her powerful voice and charismatic personality make everyone's head turn and she undoubtedly stands out in the crowd of players.

Although she has smartly managed to keep her personal life a secret, she bravely mentioned everything about it in her memoir titled "Cohn-Head: A No-Holds-Barred Account of Breaking Into the Boys Club", that was released in 2008.

She is a divorced, single mother, a beautiful soul, and a power packed woman. Let's find all the details about her personal life in this section.

Linda was previously married to husband Stew Kaufman: Marriage ended up in a divorce

Linda was a happily married woman and had been married for a long time with her now ex-husband Stew Kaufman.

After twenty years of wedding bliss, the couple shockingly decided to part ways and Linda filed for divorce from her husband in 2008. 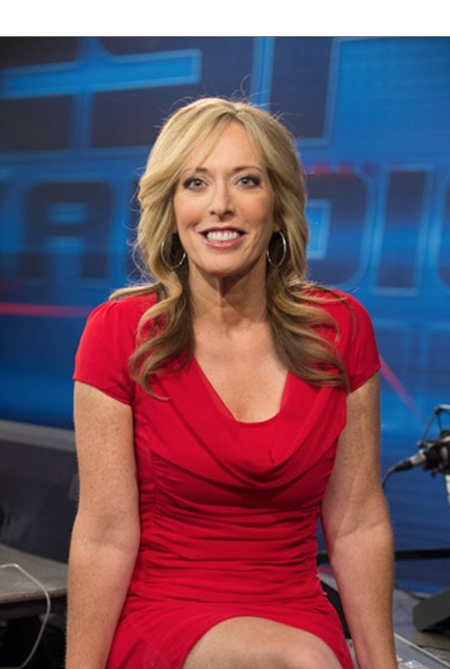 The real reason behind their split has not been revealed clearly by the reporter. However, in an interview with SeattleTimes.Nwsource.com, she confessed what made this divorce to happen. 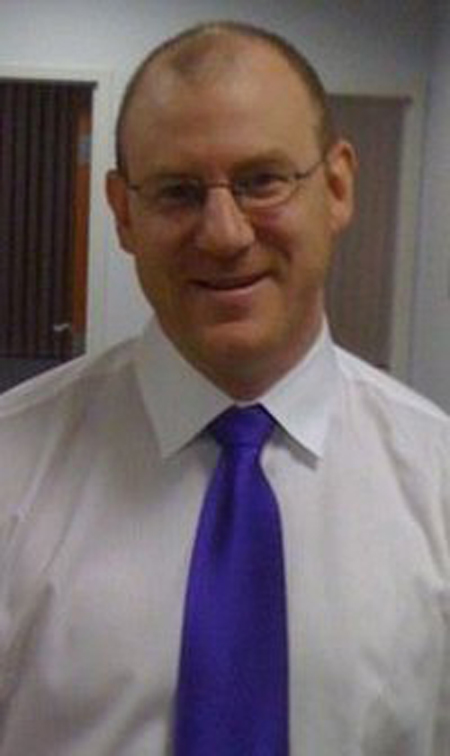 As she has also mentioned about in her memoir, she shared, "I thought I loved Stew and I said 'I love you' to him frequently,"I had to admit that, emotionally, I was always holding a little bit back. I was afraid to give everything I had because I wasn't sure it would come back to me."

So it seems like, the distance separated the two as Linda was juggling between busy work schedule and her personal life. Eventually, the two got divorced in 2008 and Linda is still single.

According to the sources, Stew and Linda are now in good terms, maintaining their friendship and doing really well raising their two adorable kids.

Linda and Stew were the perfect couples and their happiness was tripled when they welcomed their adorable kids, a son named Dan and daughter named Sammy.

Now, Dan and Sammy have grown up to be a handsome young man and beautiful young woman. 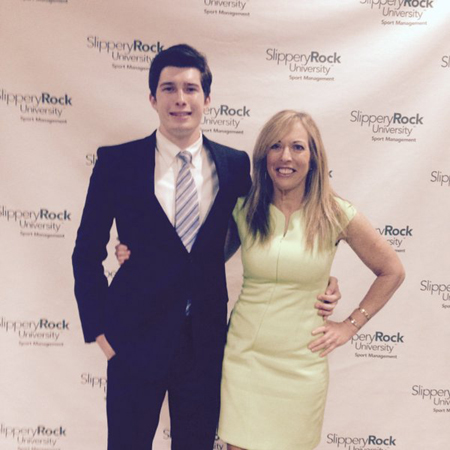 She spends a lot of time with her kids and often seen going out with them at important events, mostly at the games. She's really proud of them.

Linda with daughter Sammy at The Rangers Game 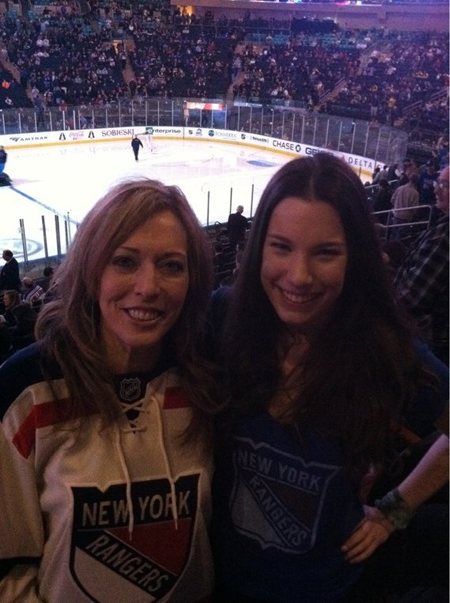 Heading to see Keith Urban tonight at @bridgestonearenaofficial in Nashville with my best buddies!!

Linda Cohn still single: Had problems of self-esteem and didn't go out on dates often

The talented 57-year-old sportscaster, after her divorce, has not dated anyone of which we know. She's single and super busy with her work. 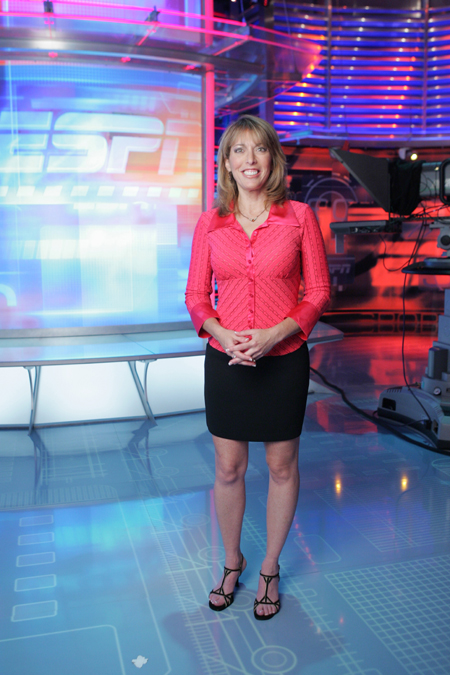 Deadspin.com reported that her schedule is so packed that she doesn't have time to go on dates and have a stable relationship.

She quoted, " To be honest, I've never really been on too many dates in my life. I'm one of the get-drunk-and-hook-up-with-the-first-person –who-talks-to-you-types!"

Perhaps this is the major reason behind her choice to remain single.

In her memoir, Linda has shared all the painful experiences she's had while growing up. During her childhood, she used to wear big glasses and she didn't think she was pretty enough.

Later in her teens, she suffered self-esteem issues and she's boldly jotted it down in her autobiography. 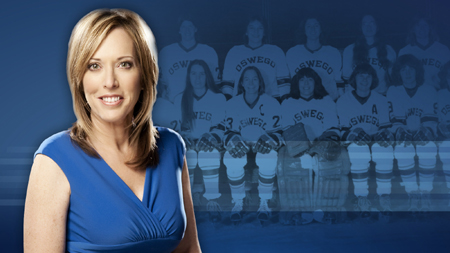 Not only that, she also shared that she didn't go out much on dates as it didn't interest her that much.

While growing up she used to watch all these games on TV with her dad and that's how she got the passion for sports and landed up as the most renowned sportscaster in the industry.

????Happy Valentines Day but then you already knew that. So wishing you all a SENSATIONAL day! #lco #valentineswish

Good morning! @sportscenter now with me and @jaycrawfordespn on @espn

Linda started her career after six years of graduation. She became the first woman sports anchor on a national radio network (ABC), and soon after she became one of the first women to work at a national sports cable network (SportsChannel America). 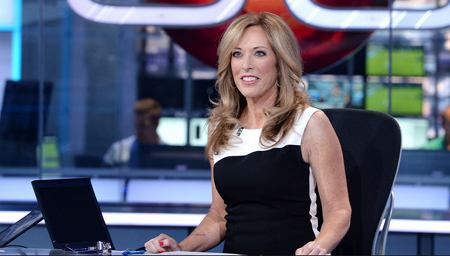 Just last year, Linda and the entire ESPN cast celebrated Linda's 5,000th edition of SportsCenter. The crew threw a huge surprise party for her and it was really a moment of pride for the reporter.

Here's a video of Linda's being surprised by Dan and Sammy on her 5000th edition at the sports center.

Well, this true sports fan and a brilliant sportscaster is really having the time of her life. Her passion and love for sports are truly commendable.

MarriedWiki appreciates her work and wishes her best wishes in the every step of her life.