Home Article Is Eboni K. Williams Married? Find out about her affairs and relationship

Is Eboni K. Williams Married? Find out about her affairs and relationship 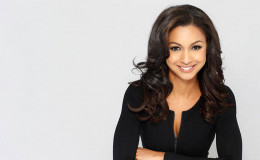 Eboni K. Williams is a versatile and renowned television personality and her outstanding works has made her one of the successful women in the media.

The gorgeous 30-year-old can make any man go weak on his knees and it would not be fair to say that beautiful political and legal counselor as well as the expert attorney, Eboni is still single. But the truth is still unknown, so let's find out everything you need to know about this "go-getter" woman.

Is Eboni Williams Single or Married?

Sources report that the former legal consultant and private defense lawyer is not married and still single.

Also, she is not dating anyone as far as we know or perhaps she might be dating someone secretly in order to avoid media and public intrusion on her private life.

On an interview with MinuteMentoring.com Eboni Williams shared her thoughts about how to balance one's personal life and career to which she responded like this:

"I’m still working on this one. Balance is tough, even for single women like me.  But for those who are balancing a full-time career with being a wife and mother is obviously ridiculously challenging."

So, as for now, Eboni is not dating anyone and obviously not married. She is very busy with her career working as a political and legal advisor for FOX News Channel.

Her social media profile also portrays her professional career and all the achievements she has had so far.

Co-hosting @thefivefnc was the most awesome experience of my media career. Tremendously humbled...dreams really do come true ?? #fbf #lookatgod

Just wrapped my first week back at Fox News. Excited to be the network's newest contributor where I'll provide analysis for national legal and political stories. Our God is so spectacular ????

Eboni's Journey in her Career

Most of you might not know this but Ms. Williams, at just the age of 16, was accepted to enroll in The University of North Carolina, Chapel Hill where she graduated with B.A.

Growing up in a middle-class family, Eboni did not have a wide range of choices regarding her career. If it was not for her mother who constantly inspired her to get a full education, she would not have landed on such a luxury boat!

On an interview with Whosthatladyinc, Eboni shared her childhood and credited everything to her mom. She said:

Later, she got a J.D. from Loyola University in New Orleans College of Law and she specialized in family law and civil litigation, providing legal advice on high-profile divorce, spousal support, and child custody cases.

Her career took a major turning point when she officially worked for Louisiana Secretary of State as well as the Louisiana Attorney General's Office during the time when the catastrophic hurricane Katrina struck the state.

After that, she got the chance to work as a CBS News correspondent, HLN contributor and talk radio host for Los Angeles’ KFI AM640. She worked there more than four years and later joined FOX News Channel(FNC).

Now she has been entitled as FNC's contributor as well as guest host for NY's popular talk show station 77WABC.

Here's a video of Eboni giving through a legal analysis of the initial developments of the Aaron Hernandez murder case on NFL AM.

Well, through such talent and experiences, Eboni has surely developed herself as a qualified public speaker as well as an expert attorney.

We really wish that her personal life prospers as much as her professional life and we hope she'll settle down soon.