Home Article Actress Milana Vayntrub Is Dating Someone But Does Not Want To Reveal Her Boyfriend-Find Out Why?

Actress Milana Vayntrub Is Dating Someone But Does Not Want To Reveal Her Boyfriend-Find Out Why? 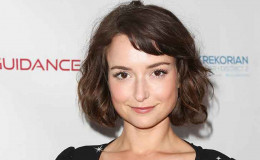 You may know her from the TV commercials of AT&T as a saleswoman but she is much more than that. The gorgeous actress, Milana Vayntrub has starred in several hit series and movies and her love life is a matter of interest for many of her fans as she likes to keep her personal life away from the media.

She posts several pictures with an unknown guy regularly on her Instagram. Is he her boyfriend? Find out below.

Is Milana Vaytrub Secretly Dating Someone? Does she have a Boyfriend?

The Uzbekistani actress, Vaytrub is reportedly dating someone but as usual, she is hiding her boyfriend from the media. Vayntrub first posted a picture of her mystery boyfriend behind a glass window in which they are having a moment holding each other face to face on 21 June 2016. 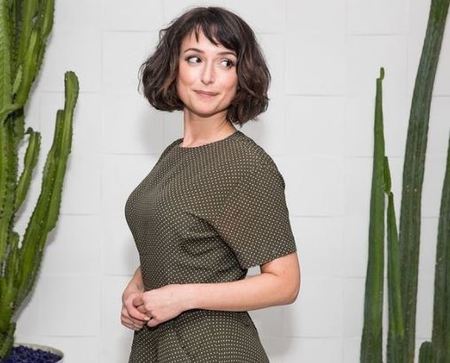 Actress Milana Vayntrub is the child of a Jewish refugee. SOURCE: Instagram (mintmilana)

Milana captioned the picture hinting that she is dating someone but is scared to reveal her partner to the public.

"I'm more scared to introduce my boyfriend to you guys than I am to my dad, and my dad likes to tell the story of the one time he cut a guy's ear off." 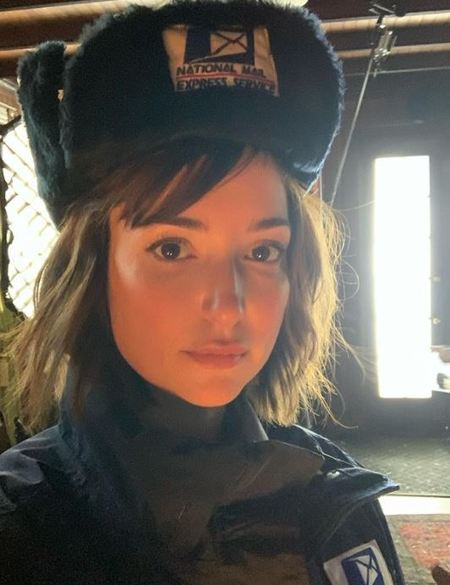 Actress Milana Vayntrub is best known for her roles in Werewolves Within. SOURCE: Instagram (mintmilana)

The last post with her boyfriend was on June 26 where he is seen giving Vayntrub a nice little kiss on her cheeks; the picture was captured by cinematographer Charles. Looks like the beautiful actress is having a joyful time in her life with the one she loves and let us hope that she reveals his name to the public pretty soon.

However, Milana thanks a man named Adam in her post where she opened up about having an abortion. Quoting Busy Philipps, Milana admitted that she previously underwent abortion and wrote, "When I had an abortion, I was put under. When I came to, the first thing I remember asking the doctor when I could have sex again".

Meanwhile, Milana and Adam are yet to open up about their relationship to the public.

Milana Vayntrub's Journey: Starting From Commercials To Working In Movies

Their work led to featuring the Live Prude Girls on New Media Rockstars which is an online magazine focused on Youtubers and entrepreneurs ranked at number 93.

The beautiful actress has featured in several CollegeHumor videos and had small roles in several films including Life Happens and Ghostbusters and in two episodes of the sitcom Silicon Valley.

She was the lead in the music video of the song, Teenage Tide by Letting Up Despite Great Faults. Milana is mainly known for her appearance in the TV commercial for AT&T portraying a saleswoman named Lily Adams.

Despite the entertainment industry, she is also involved in charity work. She visited the refugee families in Greece in 2016 after the Syrian Civil War and co-founded a website to spotlight the European migrant crisis.

Vayntrub was cast in the lead role for Marvel's upcoming TV series, New Warriors for her voice role.