Home Article Does The American Actress Katee Sackhoff Have A Husband; Her Dating History And Affairs

Does The American Actress Katee Sackhoff Have A Husband; Her Dating History And Affairs 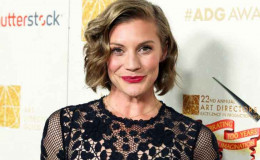 Numerous Award-winning American actress, Katee Sackhoff is a charmer who began landing roles straight out of her high-school days is best known for appearing in series Battlestar Galactica.

"Most women in my family marry and have children. I was different" says the 38 years old actress who faced a tragic time after her split with the love of 7 years, Scott Niemeyer, was all over the headlines when she dated Karl Urban back in days. Where are the couple now? Are they still dating or already parted ways? Check out the article below to know about her personal life!

Is Kate Sackhoff Still Single or in a Relationship?

An award-winning actress, Kate Sack is probably single at the moment. However, she makes a perfect match with Netlflix's Another LIfe co-star Samuel Anderson. They are set to share the screen in its season 2.

Star Wars Rebels actress is either spotted with her dogs or enjoying adventure rather than strolling around with men in the public. Currently, the starlet is focused on her career and waiting for the love of her life.

Katee Sackhoff And Karl Urban Were An Item Back In Days: Are They Still Dating??

Katee Sackhoff had a new love interest back in the days, but where is it these days??

The 38-years-old actress has been a little behind the curtains these days when it comes to her love life but she was all smiles and kisses with the star of Star Trek Karl Urban back in days. 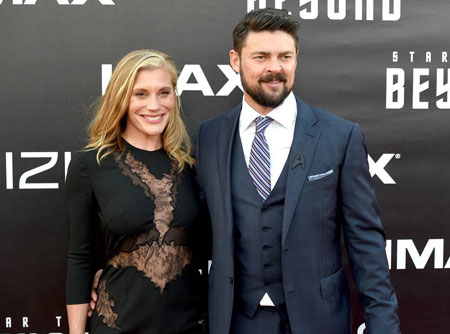 Sackhoff and Karl started dating in 2014 and appeared together several times at different events and occasions. Urban was the one to publicize the affair out to the public in November of 2014 after his split with wife Natalie Wihongi with whom he shares two children, Hunter Urban, and Indiana Urban.

Their love grew much stronger as time passed and they even introduced each other to their parents. They often shared pictures on their social media but has now been under the rocks for a while.

Sackhoff has been busy with her professional life and is working in numerous movies and series. She is currently playing as Amunet in the series, The Flash.

Oh look...they’re all smiles off camera! @dpanabaker #bts #killerfrost #amunet #theflash @cwtheflash You never know what they have in store for us...maybe multiverse domination?

Sackhoff is laying pretty low at the moment and not much information about her current relationship status is out in the open.

Katee Sackhoff Was Engaged Before Dating Karl Urban? Who Was Her Partner??

Before her romance started with Karl Urban, she was dating film producer Scott Niemeyer.

Reports claimed they started dating in 2005 but not much is known about their relationship despite the fact that they got engaged. 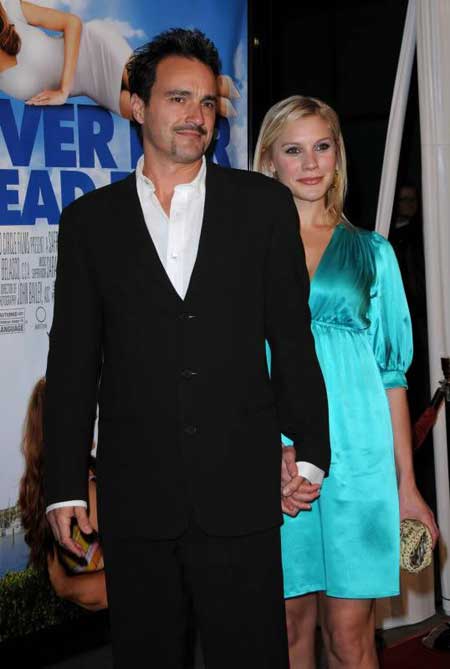 Katee and Scott were ready to tie the knot but parted ways
Source: KateeSpanking

Well, this could be new news for many of her fans but yes it is true they were so close to getting married. Instyle reported they were engaged in late 2012 as Sackhoff confirmed to them about her relationship. She said,

"We were sitting and having coffee in the morning and he slid it over. I was crying and he was crying. It was great. He did really, really well. It was hard picking out jewelry for tonight because I felt like I really didn’t need more!"

The former couple was just about to tie the knot but their relationship came along a whole new turn. They decided to part their ways and eventually split.

No further details about their breakup have been confirmed to the public.

Having A Bad Health Did Put Katee Sackhoff To A Hard Place: Suffered From Thyroid Cancer!

You probably might have heard about Sackhoff having a thyroid cancer back in days.

When she was towards the end of filming Battlestar Galactica in 2007, she went to a routine checkup and found out that there is a lump on her thyroid which caused exhaustion, anxiety and mood changes. 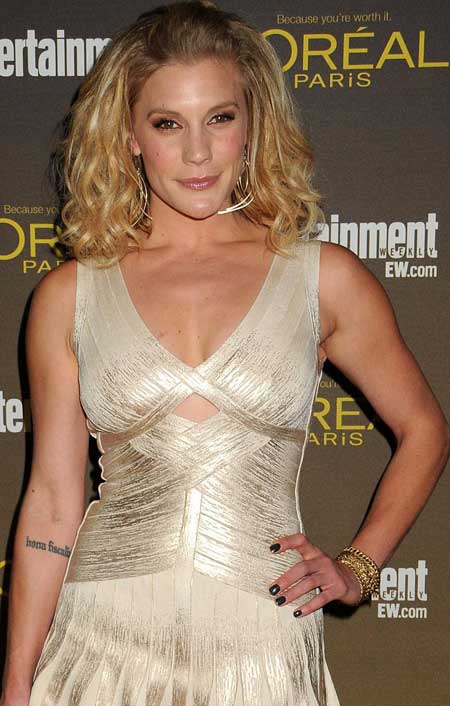 Katee was diagnosed with Thyroid cancer in 2007
Source: Imgur

She later talked about her cancer in an interview,

"I think the thing that changed my life so much was just the idea that life is very finite and cancer had touched me at what I thought was a very young age. Since then, I just take my thyroid medication on a daily basis and live a full, happy, healthy life that is relatively smooth at this point."

Under a few weeks of time, she did the surgery and underwent full treatment for cancer. The surgery was successful and despite the absence of her thyroid gland, this day she is cancer-free, uses healthy living practices and takes regular medicine to keep her hormones regulated. 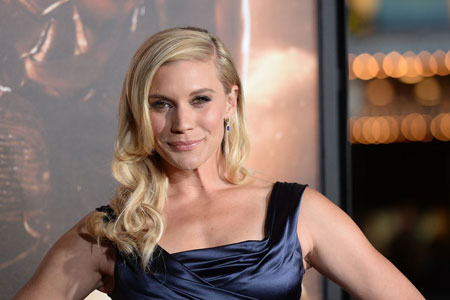