Eden Brolin is Married | Details on her Husband & Wedding 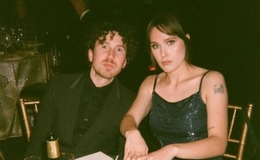 Josh Brolin's eldest daughter Eden Brolin has married. Cameron Crosby proposed to the Beyond actress in 2018 and asked Josh for his approval for his daughter's hand for marriage.

Jury Award-nominated Cameron Crosby is a famous face of the acting world like his life partner Eden Brolin, who has credits in acting roles in projects including The Tree Inside, To All The Boys, I've Love Before and Dark Cove.

While most of you might know this, gorgeous actress Eden Brolin married her boyfriend, Cameron Crosby, whose relationship initially grabbed the limelight in 2017. We must say, the couple is a "relationship goal" to many of their fans. Get informed about their relationship, affairs, and marriage in today's article.

Josh Brolin's eldest daughter Eden Brolin is married. After nearly three years together, she exchanged vows with her husband, Cameron Crosby. Eden's father announced his daughter's nuptials via a heartfelt post on May 1, 2022. 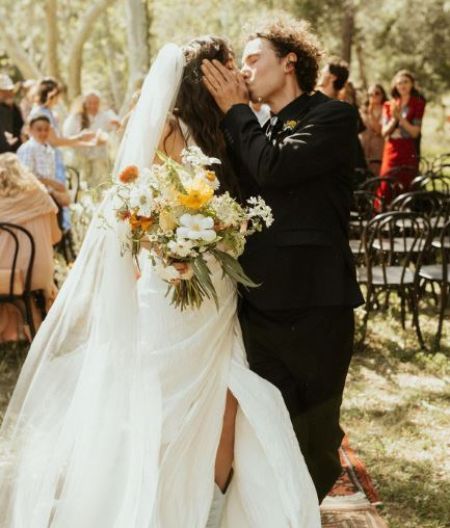 "When your daughter gets married it all shows up; the memories, a life lived or not, and how certain relationships resonate," The Mimic congratulated them via Instagram post. Josh expressed a sense of relief and pride in their momentous occasion.

Also, Josh uploaded another photo of the lovebirds driving a car together at the wedding, with Yellowstone cast glowing in her wedding dress. Eden Brolin trusted her instinct on the big day and chose a custom-made bridal gown. Josh wore a cowboy hat and tuxed to complement the simple, elegant theme.

Talking about the professional career of a father to four, Josh was seen in  Sicario, No Country for Old Men, Old Boy, Dead Pool 2, and Avenger Endgame. In 2017, Brolin signed a four-year movie deal with Twentieth Century Fox to play the Marvel character in the X-Men movie franchise series.

Per a report from PEOPLE, the newlywed pair showed their middle fingers to the camera and captioned the snaps with the poem by Sufi poet Rumi. Three hours before her dad's post,  Eden took to her IG with a post about their engagement in August 2018, showcasing a green emerald diamond ring. 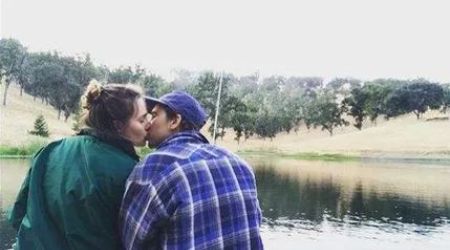 The Brunette beauty and Cameron started dating in August of 2017. Eden talked about her love, for now, husband in a post celebrating their first anniversary of togetherness. In late 2020, the duo purchased a house in Simi Valley, California, at $1.1 million.

Additionally, the wedding led Josh to concentrate on the experience of watching his elder children create lives while raising young ones. Eden's father and stepmom, Kathryn Boyd, are expecting their first child together.

Check out the video of Josh Brolin celebrating his daughter's nuptial.

Announcing the engagement via an Instagram post on August 30, 2018, the proud dad gushed over his daughter and couldn't be more proud. He shared the news with the fans by posting snaps of the newly engaged couple kissing while sitting near the lakeside.

Before the boyfriend turned fiance proposed in 2018, he asked Josh for his approval for his daughter's hand for marriage in a moving phone call. Eden's dad Josh who possesses a wealth of over $35 million, acknowledged having a powerful feeling toward Cameron.