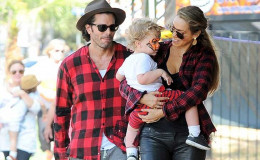 Greg Lauren and his beautiful wife Elizabeth Berkley married in 2003 and are very happy together since their marriage with a son.

Sexy and stunning Elizabeth Berkley rose to fame after her portrayal of Jessie Spano in the television series Saved by the Bell in the late 90s teen comedy.

Elizabeth married her husband Greg Lauren back in 2003 and the couple is also blessed with a son.

Lauren married the love of his life The Showgirls star on 1st November 2003 in Cabo San Lucas, Mexico. Since their marriage, Elizabeth officially added the surname of her husband and became Elizabeth Berkley Lauren. 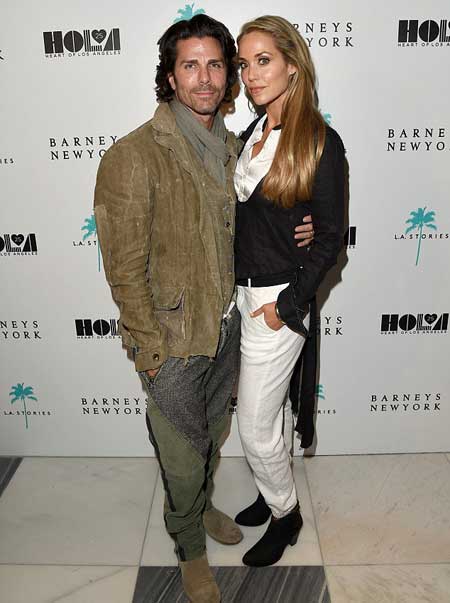 Well, Lauren is a painter and fashion designer and American actor by his profession. If you have watched The Young and the Restless, Greg is not a new face for you.

Greg seems to be very protective and caring husband as the couple is encountered many times together openly in the market areas. They are spotted holding each other's hand and walking on the busy street.

On July 7, 2014, the handsome hunk was encountered carrying all the shopping baggage with beautiful wife Berkley. 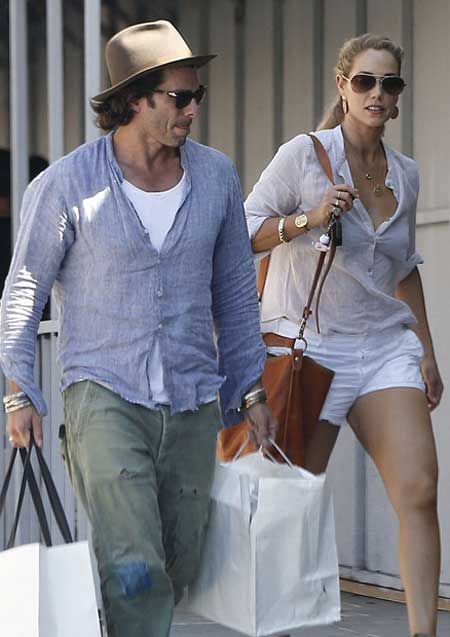 The pair is blessed with a very adorable son, Sky Cole Lauren in on July 20, 2012. It was just eight days prior to the 40th birthday of the gorgeous diva. 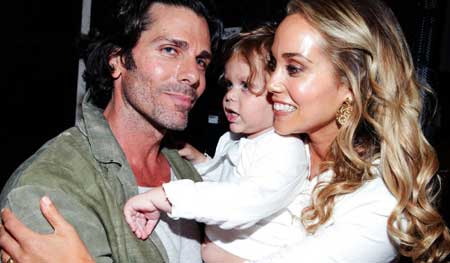 The couple with their baby boy is seen together at many places of Los Angeles spending quality moments.

Hence, there is no doubt that the conjugal life of the stars is going on so smooth without any divorce rumors.

The good-looking and stylish Greg Lauren is known for his nude paintings since past few decades.

Renowned celebrities like Renee Zellweger, Ben Stiller, Cuba Gooding, Jr, and Demi Moore had purchased his soulful paintings at a range of about $15000 for a single painting.

These days, he has diverted his interest in fashion designing like his uncle Ralph Lauren. He introduced his fashion brand named after himself for both genders back in the year 2011.

Here is an interview of Greg Lauren in his own fashion brand in Grossed and Found:

The multi-talented guy has also made a great impression in the field of acting as well. 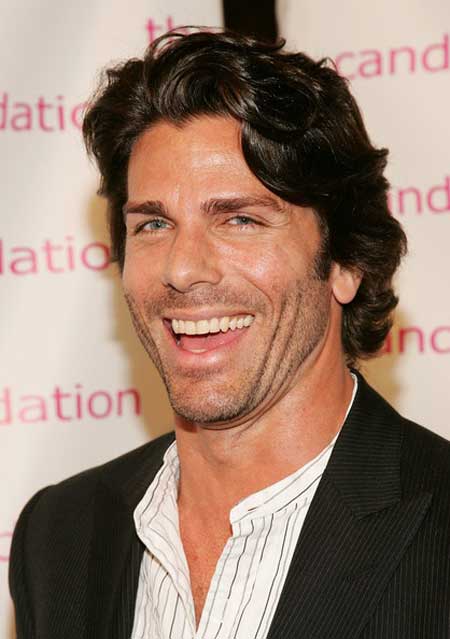 As the handsome star has well-balanced his personal as well as professional life, we wish him all the best for his future life.