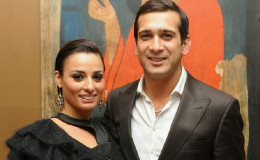 The dashing English actor, Jimi Mistry is living a blissful married life along with his wife plus dance partner in Strictly Come Dancing, Flavia Cacace.

The famous stars of the BBC television show, Strictly Come Dancing, Jimi Mistry, and Flavia Cacace are living a happy married life together.

English Actor Jimi after divorcing the first wife is finally living a blissful life with Flavia Cacae. So, today let us discuss the beautiful couple and their family life and children.

Happiness is marrying a close friend.  The two close, Jimi, and Flavia who first started their relation as a friend and after that began dating and soon after that got engaged and now they are married.

Before discussing their current married life let us talk about how they first started their relationship. 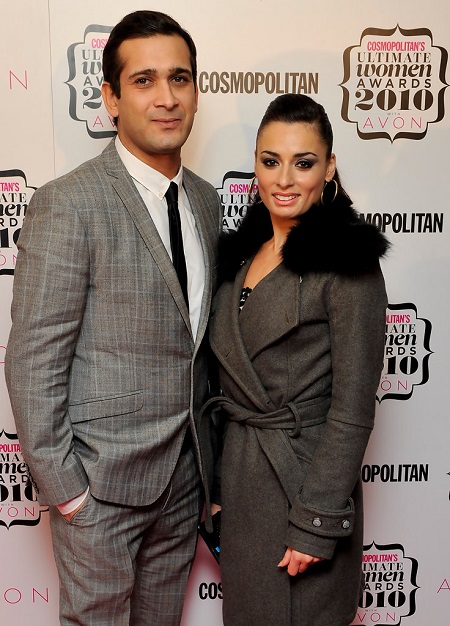 Jimi and Flavia in the Cosmopolitan Ultimate Award, Source: Zimbio

The Couple's Initial Dating Phase and their Engagement

The two dancing partner, Jimi Mistry and Flavia Cacace started falling for each other and began dating since 2010 after the divorce with his first wife. After that, they were spotted so many times together for dates.

The duo was spotted so many times together for dates. 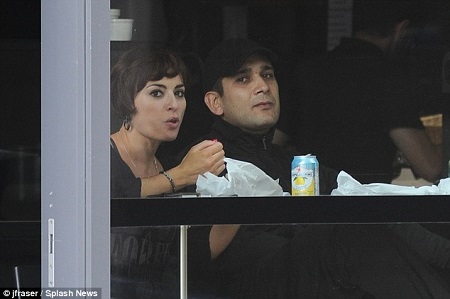 Flavia and Jimi in a lunch date, Source: Daily Mail

The truth can not be hidden for a while; after several denials about their relationship, the duo finally accepted and started living together. 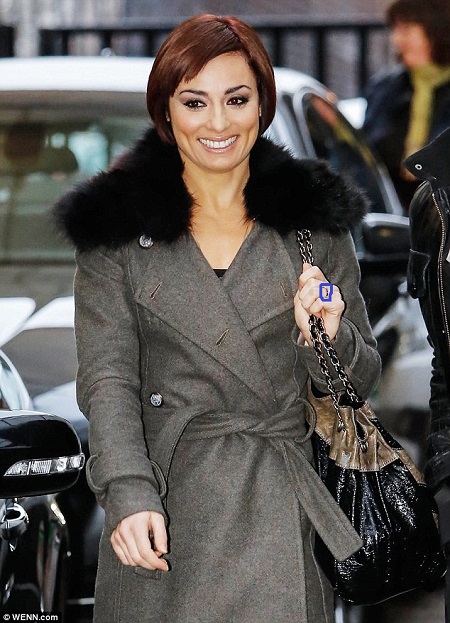 Soon after their link up, there were rumored about their engagement in 2007. The rumor was proved when she was spotted showing off her engagement ring as she was about to left ITV Studios in London.

The beautiful couple tied the knot in 2013 at St. Pancras Renaissance Hotel. Both of the bride and groom were given a royal look and seems to have a grand wedding.

One of the friends of the pair congratulated by posting a picture of their marriage on twitter.

Flavia changed her surname soon after her marriage and also posted a picture wearing a t-shirt with the print of Mrs. Jimi Mistry gifted by her husband which shows their deep love for each other. 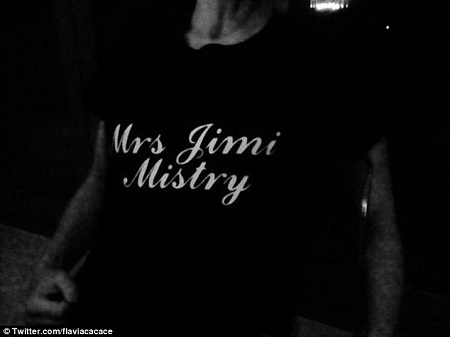 Flavia wearing a t-shirt gifted by her husband, DailyMail

To get a beautiful life with her perfect soulmate, he went through a tragic married life before marrying Felica. Jimi and Meg Leonard started dating in 1993 and stayed in a cherished relationship with each other.

After years of dating, they decided to get together and tied a knot in 2001.

Soon after their marriage, the couple welcomed their first child named, Elin Leonard Mistry who was born on 13th May 2001.

But due to some unknown reasons, the couple split up in 2010. After the separation with his first wife, he started dating his current wife, Flavia and the rest is history. 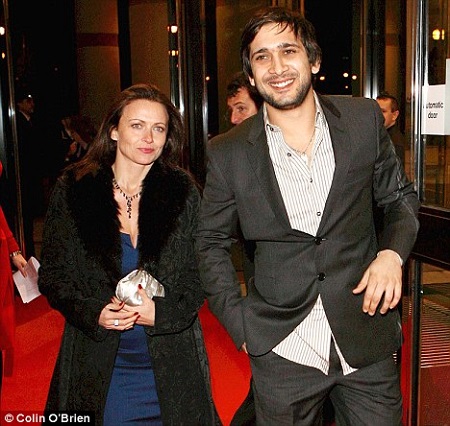 Jimi and his ex-wife, Meg together, Daily Mail

Before dating Jimi, Flavia was in relation with her co-star in Strictly Dancing Matt Di Angelo who is an actor since the age of 9. Despite their age difference as Matt is eight years younger to her, they dated for a long time. 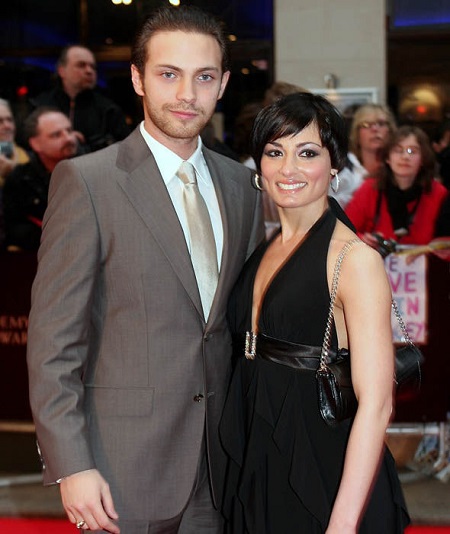 Matt and Flavia in an event, Source: Daily Express

And now the Jimi and Flavia are together sharing a strong bonding. But they have no children yet. Hope to have some good news about the couple. 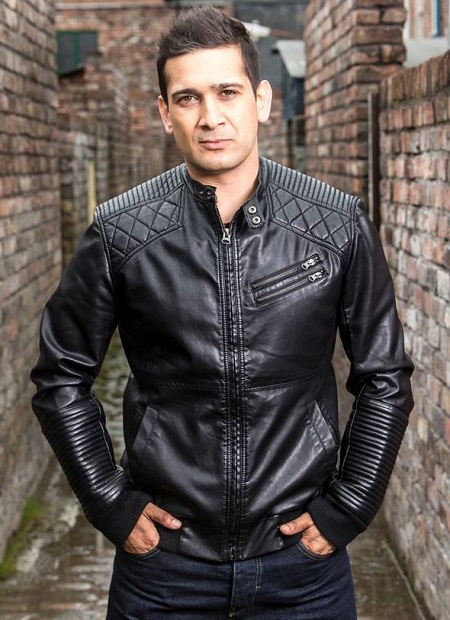