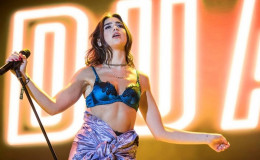 She is the female artist to score a No1 single after Adele and she's already reigning over the music industry like a queen. Meet the sexy, funky and talented English singer Dua Lipa.

Lipa who started off as a cover singer in YouTube has broken hearts of her male fans because of her new link ups and affairs. And after splitting up from her hunky boyfriend Isaac Crew, Dua is diving back into her "New Love" with American singer Paul Klein.

When Dua's song New Rules topped charts she celebrated the huge success with her new beau, Paul Klein. Paul is the frontman from the LA band LANY. 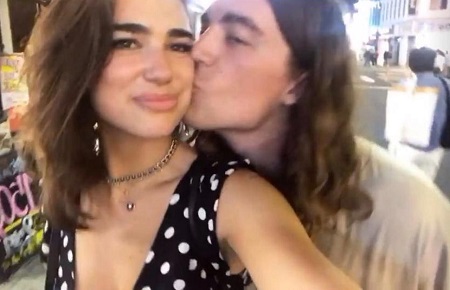 The singer shared a story on her Instagram in which Paul was giving her sweet peck on her cheek and the duo looked really happy.

TThe pair met during the British Summertime gigs that took place in London's Hyde Park in early 2017. They started off as good friends but since the past few months, an insider tells us that their relationship is blossoming really well.

Paul was with her when Dua was given the trophy and she proudly posted a snap of both getting cozy.

The pair is yet to announce their relationship to the public but the way they are with each other it's clear that they are dating.

Dua dated the handsome British model, Isaac Crew from 2015 to early 2017. They confirmed their relationship in 2016 and seemed really committed, not coy to display PDA and go on romantic outings together. 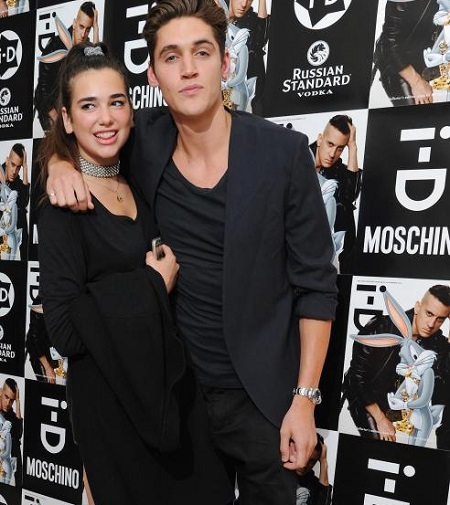 However, the duo split in early 2017 and the reason behind their separation was thought to be her rumored fling with Calvin Harris.

Not only this, Dua Lipa locked lips with Chris Martin at an event in Glastonbury.

This sure raised eyebrows and caused a stir in the media. But soon the Coldplay frontman rekindled a romance with her ex Annabelle Wallis and Dua also moved on to blossom romance with a new beau. 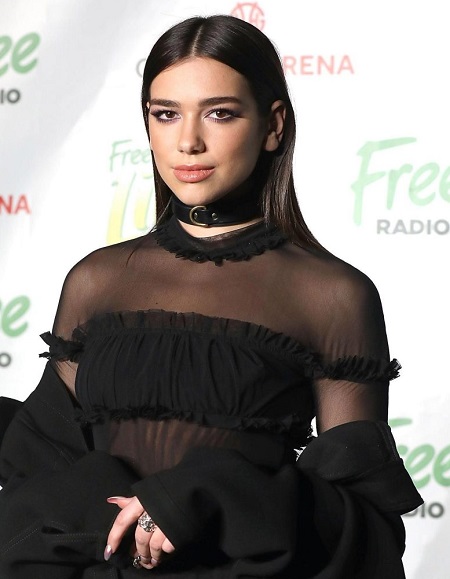