Home Article Erin Andrew revealed her Cervical cancer story: Boyfriend Jarret Stoll was her biggest strength: The couple got engaged at the Disneyland.

Erin Andrew revealed her Cervical cancer story: Boyfriend Jarret Stoll was her biggest strength: The couple got engaged at the Disneyland. 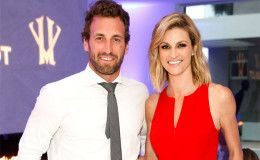 Erin Andrew's Disney engagement with her long-term boyfriend Jarret Stoll is seriously the cutest engagement. Their relationship gives some major goals to their fans.

One of the most popular faces of American Television, Erin Andrews is a sportscaster and a television personality. She is best known for her performance in ‘Dancing with the stars’ which is aired on Fox News channel.

Recently, a shocking news was revealed by Erin. According to her, she was diagnosed with cancer and also went through a serious surgery. However, she seemed pretty strong and we must not forget the reason behind her strength, her boyfriend Jarret Stoll who recently proposed her at the Disneyland.

On 24th January 2017, the sportscaster, 38 revealed to MMQB that she was diagnosed with cervical cancer and underwent a successful surgery. However, she continued working just after surgery.

Erin learned in September that she had cervical cancer, shortly after settling her $55 million lawsuits the Nashville Marriott, where a stranger secretly filmed her in the nude.

'It was really toughened up when you are in cancer diagnosis' she said in an interview.

She never mentioned her cancer to friends but her fiance was aware he supported her in every way. However, after her revelation, she got lots of support and positive wishes from her friends and well wisher.

One of the strongest women I know... we love you @ErinAndrews https://t.co/0X0SR9ObJ4

Love you @ErinAndrews You are such a champ ???? https://t.co/96dfaHzMEE

Andrews told the website. "Finally I got to the point where I believed it too. 'Hey, I have cancer, but dammit, I am strong and I can do this.'

When she received a call from doctors on November 17, 2016, informing her that the margins were cancer free. This news made her dad emotional.

She is one of the most inspiring personality who got a fighting spirit and we really appreciate her.

They both prefer the same working line (sports) and that might be the reason of their closeness. They started dating since December 2012.

Erin and Jarret is one of the most romantic couples and they are perfect for each other. 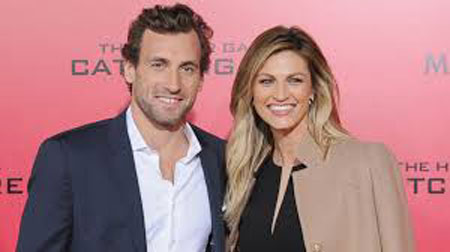 Erin always kept us in suspense about her proposal detail but now it’s high time to know about it. Her co-host of ‘DWTS’ (Emma slater) revealed her Disneyland proposal story on Good morning America and it is extremely adorable.

Everybody wanted to know how Jarret proposed our adorable girl and where Andrews’ engagement took place.

In an interview with GMA hosts she explained, ‘we went there for Christmas decorations, and we had a lovely dinner over there, and he did it right there at dinner at Disneyland,’ she added ‘ I was bawling like a child.’ 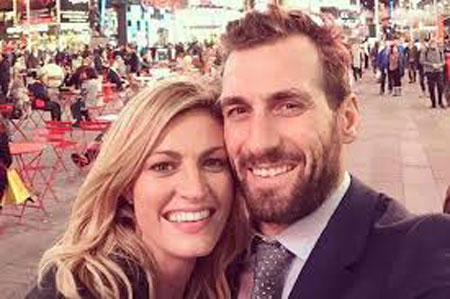 When she posted a mysterious message about her potential engagement bling on December. All of the rumors began to trend.

After so many curiosity and questioning of her engagement story. 38-year-old beauty finally dismissed this speculation on TMX by answering that she was engaged to her long-term boyfriend (Jarret Stoll).

She lands in LAX by wearing a huge sparkle ring.

After hearing such a cutest Disney engagement story. We all are waiting for their marriage but the question is that, would they again prefer Disney wedding?

Well, the answer to these question is only known to Erin and Jarret but we hope their wedding would be more lavish and cutest than their engagement.

Stunning personality on television Erin Andrew is at the top of her career. She is an American sportscaster and host. She currently hosts ‘

She currently hosts ‘Dancing with the Stars’ with her co-host Emma Slater for ABC as well as a sideline reporter for Fox NFL. 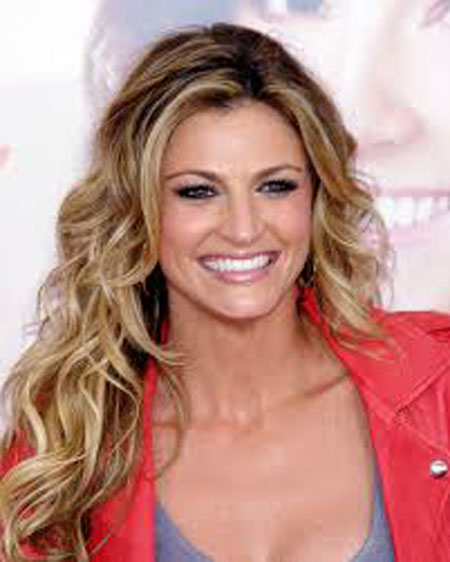 She started her career as a freelance reporter on Fox Sports Florida. After that she worked in many repetitive News channels and finally on June 29, 2012, she joined fox news channel.

Erin involved in many charitable works. She became a spokesperson for the Kraft Foods Huddle Hunger Campaign in 2010, which aimed to raise the US $2.86 million for feeding America.

We wish Erin Andrew a happy and healthy life with Jarret Stoll.