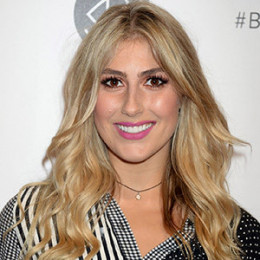 Emma Slater, an English dancer, actress, and choreographer, is currently single. She is mostly known for her appearances on the reality show “Dancing with the Stars”. In her youth, she performed in multiple productions at local stage schools. At the age of ten, she began ballroom and Latina American dance training. Emma went on to win numerous national championships, and she appeared in the George Michael music video for “Round Here”.

Emma Slater was born on 25 December 1988 in Tamworth, Staffordshire.

At 10, she started training in ballroom and Latin dance forms.

Staler won the British Under 21 Latin American Championships at the Blackpool Closed 2005in 2005 when she was just 16.

Later, she won the 2006 United Kingdom Under 21 Latin American Championships at the Bournemouth Pavilions.

In Dancing With the Stars season 27, she partnered with actor and country music singer John Schneider. They finished at the 7th place along with Lindsay Arnold and DeMarcus Ware.

She dated her co-choreographer, Sasha Farber. The couple managed to be together from 2011 to 2014.

After breaking up, the couple was back together all again in October 2016.

This year I got married to the love of my life and became the happiest version of myself I’ve ever known. This day goes down as the most significant in my life and I’ll cherish every day I get to spend with you @sashafarber1. I can’t wait for our beautiful life to unfold and grow, in 2019 and for the rest of our lives. I love you baby. Happy new year everyone! I’m wishing you so many blessings in this next year(thank you @elis.band for this insane video edit!! We love you, our night was so magical because of you. Best band ever!)

Slater and Faber married on 25 March 2018 in presence of fellow Dancing with the Stars pros including Jenna Johnson, Witney Carson, and Lindsay Arnold who served as bridesmaids and Derek Hough as one of Faber's groomsmen.