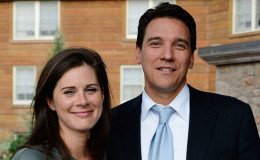 Erin Isabelle Burnett 'Erin Burnett' has been married to David Rubulotta for five years. The evergreen anchor is living a blissful life with a loving husband and three children with no divorce rumors.

The couple met for the first time on a blind date and one would never have thought that they would become such a beautiful couple.

So, today let us discuss the beautiful family.

It was the year 2003 when Erin Burnett met executive David Rubulotta on a blind date. When she walked into the restaurant she whispered to herself,"It would be him." 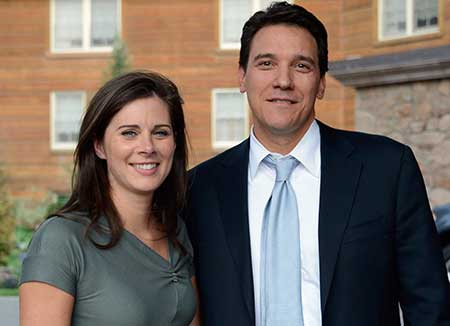 Since then, they started dating. After spending around eight years as boyfriend and girlfriend, the duo announced their engagement in September 2011.

Just after a year of engagement, the couple hitched on December 21, 2012.

On the wedding day, Burnett was looking fabulous in the red dress. The ceremony was held at City Hall in New York City in the presence of family, friends, relatives and of course, the media.

“We’re very casual. I love how at City Hall people come in everything from wedding gowns to jeans. It’s so mellow and chill, just how we like it,”

Similarly, the reception party was held on the same day at the Atlantic Grill in Manhattan. The bride changed into a gold beaded gown, which turned the heads of all the guests present there.

Erin hired a guitarist to play Christmas carols in her wedding ceremony. She revealed:

"Christmas is our favorite time of year. We thought it would be the perfect time to get married."

The CNN anchor previously announced that she was expecting in June. After months of her announcement, Erin gave birth to baby boy Nyle Thomas Burnett Rubulotta. Nyle in November 2013.

While expressing her happiness to the media she said:

Shortly after welcoming the first child, she shared her happiness of being a mother and seeing him for the first time. 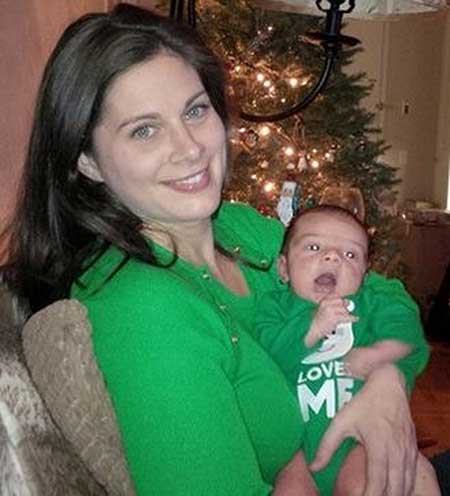 In an interview, she said:

"On my free time, I spend every second with my son, Nyle. I love when he falls asleep in my arms, how his smile makes other people happy, and I love reading him almost anything."

She posted a picture of her newborn son on Instagram.

A photo posted by Erin Burnett OutFront (@erinburnettoutfront) on Dec 3, 2013 at 1:52pm PST

The anchor, age 40, gave birth to daughter Colby Isabelle on July 18, 2015. She announced her pregnancy in February.

A picture of her son Nyle and newborn daughter Isabelle.

The CNN Outfront anchor is expecting another baby with her adorable husband. Speaking to People in March earlier this year, Erin said:

“We are so excited for number three. As one of three myself, I think it’s a lucky number!”

The couple who married in 2012 are already parents to two kids and their family is about to get a little bigger. The news of the pregnancy was confirmed by Erin's reps on March 12, 2018.

Erin Burnett Talks About Balancing Her Children And CNN

Just a few days before giving birth to daughter Isabelle, Erin talked about how is she maintaining the balance between family and professional life. 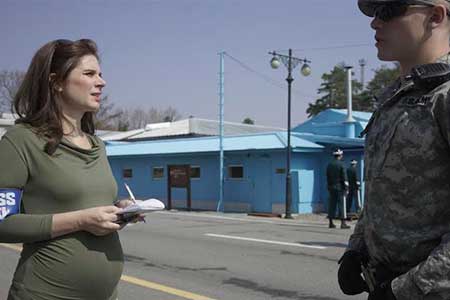 Erin Burnett on her baby bump and still working
Source: The Wrap

It was a harsh job for Erin to take care of a one-year-old baby at home along with the one in the womb and the anchoring job at the same time without getting enough rest but Erin did it!

“My little guy went through it a long period where he didn’t sleep, and luckily I’m an insomniac anyway, so I was able to deal with that.”

'I do think about it, on what kind of world my children will live in, and how I want it to be a place they want to explore and make their own.'

Erin, along with her hubby David and two children, is living a joyous life. The couple is so much in love and they are no rumors of them getting a divorce. 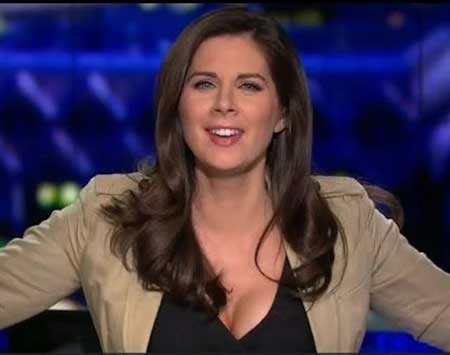