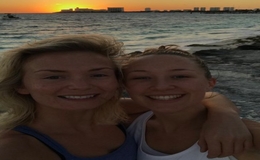 Actress Erin Doherty once again proved her excellence as an actress after her role as Princess Anne in the Netflix's hit series, The Crown. The actress's achievement is remarkable considering that she hasn't worked in many movies and series. But, who is the beautiful star dating?

The rising actress Erin Doherty is finally receiving the recognition she deserves as an actor, to say the least. Thanks to Netflix, with millions watching Doherty as Princess Anne on the platforms' critically acclaimed series, The Crown, based on the royal family of the UK, Doherty will only go more places from here. 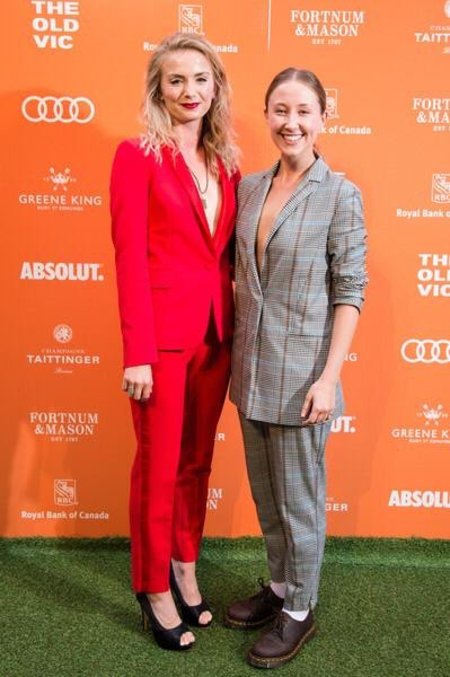 Needless to mention, Doherty has also garnered thousands of fans from the show. And one of the main questions that revolve around those fans' head is if the actress is dating anyone? So, who is Erin Doherty's partner?

First things first, Erin Doherty is super private about her personal life and considering the fact that she is finally getting her breakthrough roles, she doesn't want anything to hinder her career, even it concerns her love life.

Speaking of which, Doherty was considered currently single with the exception that she is rumored to be dating fellow actress Sophie Melville. Both Doherty and Melville have worked on the TV series, Call the Midwife which is one of the first roles of Erin in 2016. 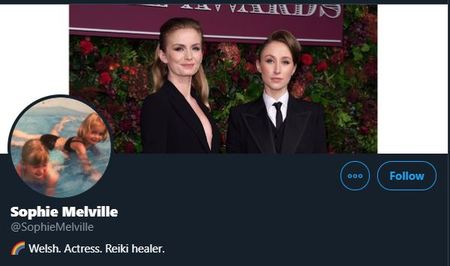 But, while Erin's sexuality wasn't identified as a queer woman until recently, Sophie was openly one. Not to let it go, Sophie even has a picture of herself with her partner aka Erin as her Twitter header.

Other than that, Doherty shares a deep bonding with Melville with whom she often attends red carpets together. But, whether these two are just friends or more than that, it's up to Erin and Sophie to decide to state the truth.

However, as of November 2021, Married Wiki can confirm that the actress Erin Doherty is not only gay but also happens to be dating Sophie Melville. Both Erin and Sophie prefer to keep their relationship private until recently.

Not to mention, in an interview taken by Audible with Sophie and Erin both in November 2020, when asked about her greatest achievement, she replied it was her relationship with Sophie. Aw!

Other than The Crown, Erin Doherty is also known for her performances on shows that include Les Misérables where she played Fabienne, and other theatrical plays including My Name Is Rachel Corrie, Junkyard and The Divide.

But, what else do one know about the promising actress? Well, Doherty celebrates her birthday on 16th July and as she was born in 1992, the actress's current age in 2020 is 28. She was born and bred in Crawley, Sussex, England.

Although she is a British by nationality, Doherty is Irish and can be heard the accent when she speaks. After finishing her school at the Hazelwick School in her hometown, Doherty then joined Guildford School of Acting in 2011.

But, she only studied there for a year as she left the acting school in 2012 and later joined Bristol Old Vic Theatre School where she enhanced her acting before leaving in 2015.