Home Article YouTuber Eva zu Beck was once Married! Learn about her Ex-husband & Reason for Divorce

YouTuber Eva zu Beck was once Married! Learn about her Ex-husband & Reason for Divorce 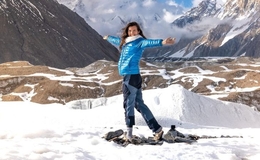 The travel-enthusiast Evva Zu Beck arose from what seems like nowhere and overnight became a sensation with the help of international travel vlogs & the KIki challenge video. Eva once stunned her fans when she suddenly announced her divorce on Instagram. What actually happened with her life? What made her take this step? 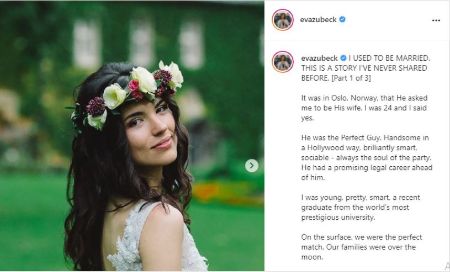 Coming to her relationship status, Eva Zu Beck once surprised everyone by revealing on Instagram that she was once married. In the post, the Polish native explained that though her ex-husband was handsome, brilliantly smart, sociable, always the party's soul and perfect. Eva realized she made the wrong decision of a lifelong commitment.

Moreover, Eva tied the knot because of the fantasy of being married. But in reality, all Eva wanted was freedom. She wanted more time to find herself on her own terms & wanted to explore the world. The vlogger wanted to find her true calling, but the marriage wasn't it. Therefore, Eva eventually got divorced and never reconciled. 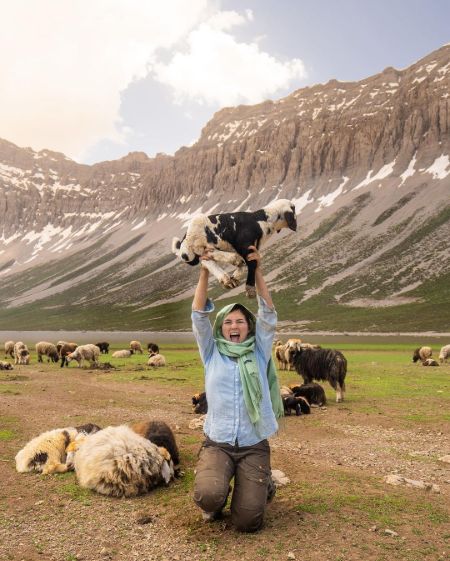 Eva Zu Beck posing in front of a camera during her travel. SOURCE: Instagram (evazubeck)

Likewise, the traveler later dated a mysterious Candian guy. Although Eva didn't reveal his name or shared his pictures on her Instagram, it's revealed that the pair vacationed together on Socotra Island, Yemen, before the lockdown. As for now, it's not sure if Beck is still in a romantic relationship with him as Eva doesn't appear with him anymore on social media.

In March 2019, the corona pandemic struck Socotra, a remote island in Yemen. As the island went into lockdown and closed its borders, everyone left the island, including the YouTuber's partner, who left for Cairo. But Eva Zu Beck stayed back and actively interacted with its locals.

Due to her interactions, people on the internet felt concerned about the health and safety of the indigenous people of Socotra as this negligence of Eva could come at a heavy price for the locals. One person on Instagram wrote, "Social media influencer @evabiankaz who went to Socotra island, Yemen during COVID 19 still refuses to self isolate, she is hyper mobile travelling all over the island & interacting extensively with Socotris. Please respectfully reach out to her."

Eva Zu Beck responded to the entire backlash with the Instagram post. Eva stated that she never intended to promote active travel during pandemics. Instead, Eva wanted to share the beauty of the place and only spent her time in a family home in one village.

In 2019, many women spoke and made harassment allegations against the famous Pakistani Youtuber Umar Khan, aka Ukhano. However, only a few vouched for his character, including Eva Zu Beck. The Polish-born Youtuber took to her Instagram stories and said," I have worked with him and I never felt uncomfortable." 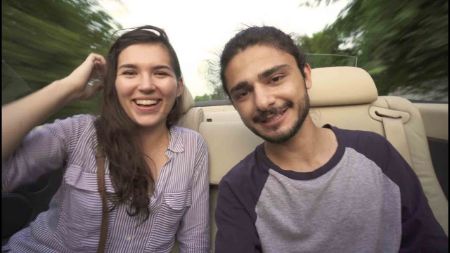 Not to mention, Beck and Umar spent two weeks when the two were trekking together at Concordia, and at no point in time did Umer made her feel threatened. Eva also added that he is a person who speaks in support of women's empowerment in the media industry and can always rely on him as a friend.

What is the Net Worth of Eva Zu Beck?

Originally from Poland, Eva Zu Beck Eva certainly took the path-less traveled. The Oxford-educated had a stint in the European parliament and quit a well-paid job before turning her hand to building a social media tourism empire.

Check out the video of Eva Zu Beck while vacationing on the remote island of Socotra below.

In addition, Eva worked for a travel company, as in charge of the social media marketing that's where her passion for traveling came from. Later on, Eva also hosted TRT World's TV series 'A Place Called Pakistan' and consulted as an expert for Euro News. Speaking of her networth, Eva possesses no less than $1 million, collected from various sponsorship from partner brands & from her Youtube career.

At the beginning of her career, Eva reached out to Pakistan International Airlines to get free airline tickets. For tickets, the vlogger agreed to make the Kiki challenge video which surprisingly made her viral all over the internet. All in all, Eva creates content regularly and inspires viewers to travel to stay healthy.