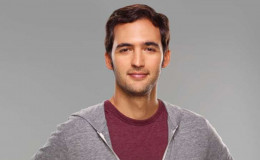 From 2005 to 2011, Venezuela-born Jason Silva was a presenter on Current TV, the Emmy-winning, independent cable network started by former U.S. Vice President Al Gore, where he hosted, wrote and produced more than 100 hours of original content. He left the network to become, according to The Atlantic, “a part-time filmmaker and full-time walking, talking TEDTalk.”

Jason Silva is the most popular Emmy-nominated host of National Geographic Channel’s #1st rated and Emmy-nominated series, 'Brain Games' which is seen in over 100 countries.

Jason Silva is a spiritual person who loves to talk about philosophy, psychedelic matters, metaphysics, art, and technology. He describes himself as a "wonderjunkie" and was always passionate about art and theater .

Silva who now resides in NewYork city was born in Caracas, Venezuela on February 6, 1982. His mother was a popular artist of her times who became the sole inspiration for Silva to pursue his career into filmmaking and public speaking.

After finishing his high school, he joined the University of Miami and  earned a degree in film and philosophy in Coral Gables, Florida. Soon after that,

Soon after that, Jason with Max Lugavere produced a short experimental film about hedonism and spirituality which was shot in Miami. The video documentary grabbed a lot of attention of current producers.

Jason has always admired and followed his father's footsteps. Despite his busy life, he never forgets to spend times with his father, exploring and visiting different places.

Back in LA Hanging with my father

Jason Talked about Love and Intimacy

Despite Silva expresses freely about love and sexuality, he seems to be low profile regarding his own love life. There has never been any news regarding his linkups and affairs with anyone. Although there

Although there were rumors of him having a girlfriend he has never talked about her publicly. So, as for now, we can only assume that he is single and a handsome eligible bachelor.

On an interview with the USA today, he confessed that he wanted the ladies to know that romance came with an asterisk for him.

He further explained that since he was a kid, he always expressed himself as a serious person, particularly in front of girls. The handsome TV star also added that before he could be flirty, he has to show them the deeper side of him.

Similarly, Jason told The Business Times that he believed we should all try to fall in love and the future of dating and intimacy is a bright one. He also tweeted a video about Epiphany of Kiss which got many likes and views.

@JasonSilva en right there you Dna Connect To the other And you Start becoming One !!

He further shared, "The desire for intimacy is the desire for the intersubjective space. The notion of a shared we, of a shared space when the I becomes the we and you become a part of her and she becomes a part of you. You guys share this cosmology of two shaped like a heart."

Here is a video from Shots of Awe in which Jason explains why people crave intimacy and why people have the urge to merge.

Looking at his current Instagram posts, it's pretty clear that he is dating a girlfriend named Rachel Rossitto.

Silva has not revealed details about his affair!

He is the also the creator of the web series SHOTS OF AWE, micro-documentaries exploring creativity, innovation, the co-evolution of human and technology, futurism, metaphysics, existentialism and the human condition.

Not only that “A Timothy Leary of the Viral Video Age” was how The Atlantic described this television personality, filmmaker, and philosopher.

Jason also created the web series FUTURE OF US for AOL, exploring exponential technology and the future of humanity and  served as the advisor for National Geographic Channel's Expedition Granted competition in 2014.