Home Article Actor Djimon Hounsou Is A Father Of One Son From His Relationship With Kimora Lee Simmons; Are They Married?

Actor Djimon Hounsou Is A Father Of One Son From His Relationship With Kimora Lee Simmons; Are They Married? 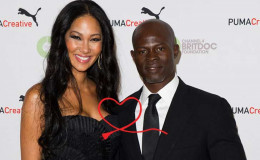 Djimon Hounsou, famous for his roles in multiple movies, is an African actor who is in no current relationship, although he does have a child with his former girlfriend.

Djimon Hounsou, well renowned for his roles in Gladiator (2010) and Amistad (1997) is an African actor, who immigrated to France at the mere age of 12. Life wasn't always peachy for the actor as he used to be homeless as a boy. Despite the massive struggle, he turned his life around to the point his fans are now curious about his dating life.

It's not uncommon for people to be interested in the personal life of a celebrity who made it to the top from rock bottom. Hounsou is no different as life wasn't always easy for him. He had to claw his way to gain the fame he currently possesses. The actor's career might be relatively successful, but what about his personal life? Is he currently married? How many kids does he have? Let's have a look at the personal life of this admirable actor.

Djimon Hounsou, Father of One Child; Is He Married to the Mother of His Offspring?

Djimon, not known to be in too many relationships throughout his life, dated an American Fashion Designer named Kimora Lee Simmons from February 2007 to November 2012. It was more than a casual relationship as the couple shared a child together, a son named Kenzo Lee.

However, Djimon never officially married the mother of his boy. Although they did have a local cultural ceremony back in Djimon's homeland turning them into an unofficial husband and wife, they were never legally a married couple. There were plans for a formal marriage but it never materialized because of an alleged affair, though not proved, of the actor with another woman. 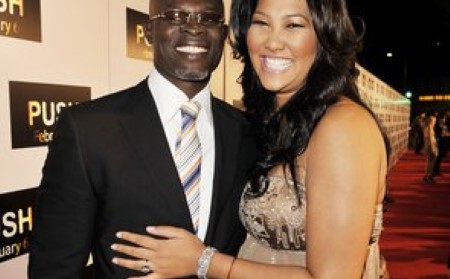 One of the major reasons for Djimon's split with Kimora is his extra-marital affair with Sudanese-Egyptian author Kola Boof. There have been some speculations that he dated the novelist while he was still together with his girlfriend and unofficial wife, Simmons.

Kola had claimed she and Djimon had an intimate relationship for four years from 2008-2012, while he was still with Kimora. She claimed 'I am the reason that they broke up'. Moreover, she insisted that she 'slept with Djimon Hounsou'. The actor strictly denied this accusation by releasing an official statement. The couple was still together at the time.

"It has come to my attention vicious lies and stories are being spread about myself and my family. I do not know, nor have I ever met this person. To that extent any and all claims are totally fabricated and for the press to be spreading these lies is irresponsible on their part. I am a man of integrity and would never betray my wife or my family."

Whether Hounsou was speaking the truth is anybody's guess. However, Kola Boof does seem like a person who was trying to take advantage of this allegation towards Djimon. His fans, though, would definitely be inclined to believe Hounsou.

Unfortunately, the couple broke up soon after. Regardless of how much truth there was in the allegation, perhaps Hounsou's baggage was too much for Simmons. 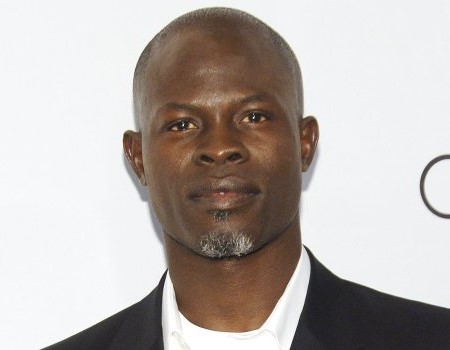 The couple officially parted ways after 5 and a half years. The initial rumors began around June in 2012. Apparently, the couple had been distant for some time then. The former model revealed their break up on her Twitter page. She tweeted:

'There have been quite a few hurtful rumors circulating. The truth is Djimon + I have been separated for some time. We have remained happy, loving, co-parenting friends + family. We have much to be thankful for.'

The couple had met in 2007 after Kimora divorced her former husband Russell Simmons. Both parties denied having any hard feelings for each other and apparently, things were simply not working out and it was best for both of them to part ways. The former model also had 2 kids with her ex-husband Simmons and has 3 kids of her own in total. Meanwhile, Hounsou has been single ever since and is currently in no confirmed relationship.

Djimon Hounsou, born in West Africa, immigrated to Lyon, France when he was just 12 years old. However, life went pear-shaped for the actor when he soon dropped out of school and became homeless. A meeting by chance with a photographer turned his fortunes around. He had never imagined a simple meeting like that could change his life. 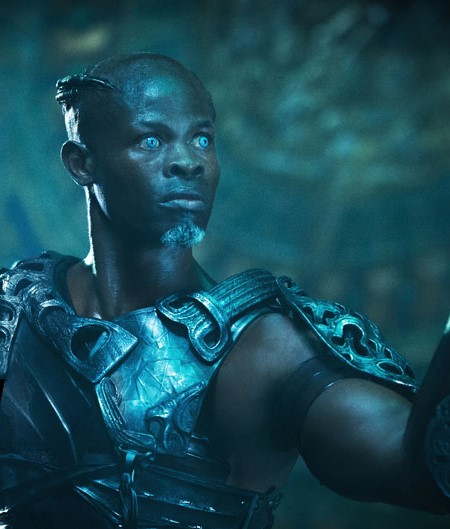 Djimon Hounsou as Korath in Marvel's Guardians of the Galaxy
Source: Marvel

Djimon was soon introduced to Thierry Mugler, a fashion designer who encouraged him to pursue a career in modeling. He soon established himself as a model in France and moved to the US in 1990.

The Oscar nominee was also a cast member in movies such as Guardians of the Galaxy, Furious 7, and The Legend of Tarzan. Moreover, he also featured in the music video for the song 'Straight Up' by Paula Abdul.

In 2016, Djimon revealed his son told him 'I want to be light-skinned so I can climb the walls like Spider-Man'. The actor expressed his misfortune that he had no comeback for this and he was blank at that moment.

However, he did agree that it's exciting that cinematic universe has Black Panther and Luke Cage at the moment. Moreover, he emphasized it's crucial to recognize yourself and claimed Africans need further universal instruments to tell stories like west do. 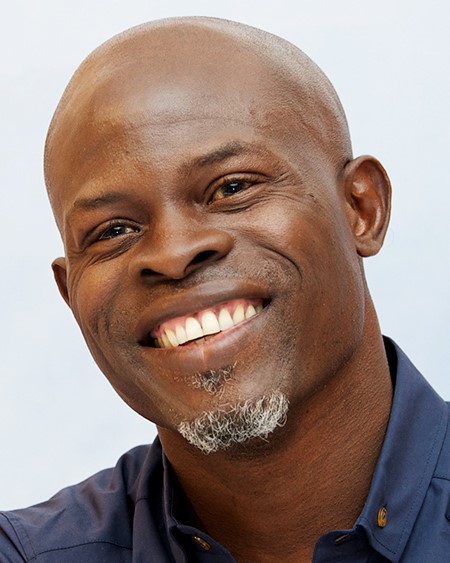