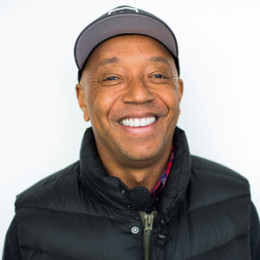 Russel Wendell Simmons, better known as Russell Simmons, is an American entrepreneur, producer, and author. He is the CEO of the Rush Communications and the co-founder of the hip-hop music label Def Jam Recordings. Russel also created the clothing fashion lines Phat Farm, Argylecture and Tantris. He was the Goodwill Ambassador of the UN Slavery Memorial in 2009.

Russell was born on 4th October 1957 in Queens, New York. His father was a public school administrator whereas his mother is a New York City park administrative. He is a sibling brother of Joseph Simmons and Daniel Simmons, Jr.

He attended August Martin High School and later studied in the City of New York in Harlem. When he was in college, he became friends of young DJ/Bboy, Kurt Walker who influenced him to participate in the hip-hop phenomenon.

His taste in music rose after he attended Eddie Cheeba performing at Charles’ Gallery in Harlem during 1977.

Russell Simmon began his career as a co-founder of Def Jam Recordings founded in 1983. He along with partner Rick Rubin later sold his share of the company for $120 million to Universal Music Group in 1996.

During 1985, he co-produced and appeared in the movie, Krush Groove directed and produced by Michael Schultz. The movie was released on 25th October 1985 and starred Sheila E., Run-D.M.C., The Fat Boys, Kurtis Blow, and Blair Underwood.

Apart from acting and producing, he has written several books that reflect his experiences in the entertainment business and his personal benefits. Some of his books include Life and Def: Sex, Drug, money, + God, Russell Simmons Def Poetry Jam on Broadway, Do You! 12 Laws to Access the Power in You to Achieve Happiness and Success, The Happy Vegan and Super Rich: Inside and Out.

Moreover, he co-founded RushCard which is a prepaid debit card provider and founded clothing fashion line Phat Farm, which initially began from a small showroom in New York.

He has received different awards in his lifetime. In 2001, he was awarded the PETA Humanitarian Awards. Also, the United Nations Secretary-General Ban Ki-Moon made him the Goodwill Ambassador of the UN Slavery Memorial in 2009.

Also, Claremont Lincoln University awarded Russell an honorary Doctorate Degree in Humane Letters for his work as chairman of the Foundation for Ethnic Understanding and for promoting mindfulness, compassion and interreligious collaboration in the public sphere.

Russell married Kimora Lee on 20th December 1998. The couple first met in November 1992 at the New York fashion week, and after dating for several years, they tied the knot on the Siant Barthelemy Island, France.

While their marriage lasted, his wife gave birth to two lovely daughters: Ming Lee and Aoki Lee. After nearly nine years of their relationship, they divorced in 2009.

As a settlement for his divorce, Russell agreed to pay Kimora around $40,000 a month and support around $20,000 each per month for his daughters until the girls turn 19. Besides that, he also agreed to provide a new car costing around $60,000 for his daughters.

From 2012-2013, he dated Hana Nitsche. According to the sources, he also had a romantic relationship with model Veronica Webb, model Jaslene Gonzalez, actress Sophia Monk, and actress Melissa George.

He is a vegan and believes in the principle of Ahimsa and also an animal aright activist who supports Farm Sanctuary which is an animal rights protection organization.

Russell has successfully accumulated an estimated net worth of $340 million from his career as an entrepreneur, producer, and author. He is currently living a lavish lifestyle in a mansion in Los Angeles covering an area of 6,000 feet and features five bedrooms, a zen garden, and a collection of art piece and symbols of different religions.

Russell Simmons was married to Kimora Lee, since 1998. Lee is a well-known former model and is the creator of fashion line named Baby Path. She is also a director of the hit TV reality show, Life in the Fab Lane.

Born in 2000, Ming Lee is the elder daughter of Russell Simmons and Kimora Lee.

Born in 2002, Aoki Lee is the younger daughter of Russell Simmons and Kimora Lee.