Home Article Find out about the Personal life of Dorothy Wang; She is currently Dating her Boyfriend and will get Married to him

Find out about the Personal life of Dorothy Wang; She is currently Dating her Boyfriend and will get Married to him 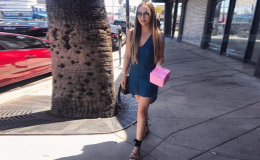 Find out about the Personal life of Dorothy Wang; She is currently Dating her Boyfriend and will get Married to him; See their Relationship

'Rich Kids of Beverly Hills' stars Dorothy Wang sure knows how to flaunt her relationship and her hot boyfriend. Many of you might already know who is her boyfriend.

But the big question of the matter is, despite their blossoming relationship, will the couple tie the knot? We shall find out in the section below.

It seems her involvement in the show, Famously Single did yield some good results as the actress is reportedly having a time of her life with boyfriend, Sam Saadun. 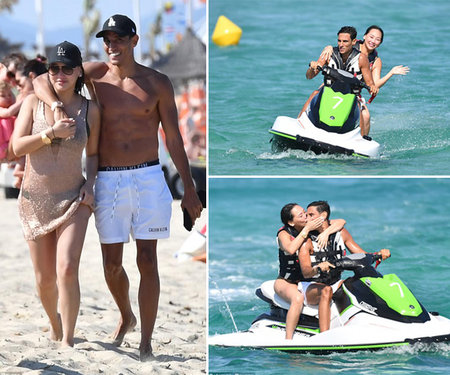 Dorothy and her boyfriend Sam enjoying their time during their holiday, Source: People

Her boyfriend, just like her, is a rich fellow. Their relationship first surfaced after both of them were enjoying their holiday in St Tropez, earlier this year.

Speaking about her experience from the show, Famously Single, she divulged in an interview,

Speaking of her desire to find the one, she also added,

"I'm looking for someone that is very driven, that kind of has their own thing going on. [Someone] that is motivated, hard working but fun and can also kind of keep my interest."

Well, looks like she found the right one as her boyfriend seemed to be hardworking, motivated and tries to keeps her interest. By the looks of it, both of them looks rather happy together.

Both of them looked cozy together while indulging in water sports together. At one time, Wang even kissed her beau to show the world how happy they are. 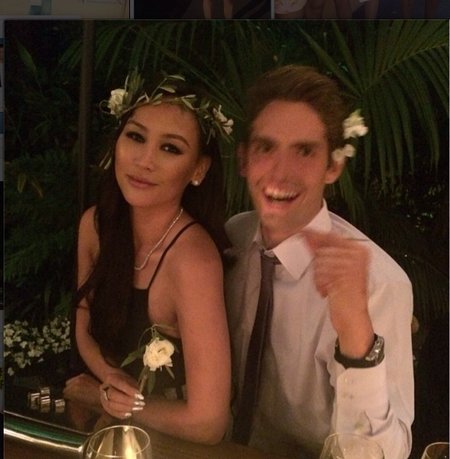 She was once dating her co-star Cooper Mount, Source: WealthGlamour

She was previously linked to the singer, French Montana but it all turned out to be false as she herself revealed she is dating someone else named Quincy.

She was dating her co-star Cooper Mount. Both of them were an item while the first season of the show premiered. 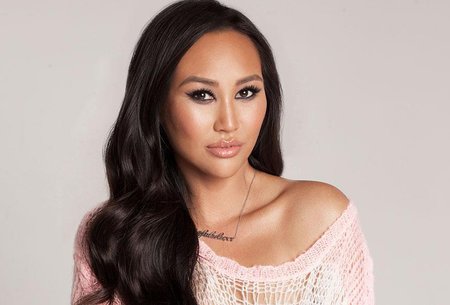