Home Article First Wheel-Chair Using Model for the "Toni & Guy" Muniba Mazari Sued By her Ex-husband in 2017. What is She Doing These Days?

First Wheel-Chair Using Model for the "Toni & Guy" Muniba Mazari Sued By her Ex-husband in 2017. What is She Doing These Days? 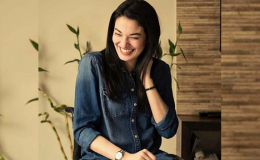 Pakistan's first National Ambassador and first wheelchair-bound model Muniba Mazari's life drastically changed after she faced a car accident and had a serious spinal cord injury. She became worldwide fame after she gave a motivational speech at TEDx event organized in Islamabad in November 2014.

Mazari who was previously married in 2005, separated from her husband with a divorce in 2015. It was in 2017, her former husband filed a lawsuit against her for injuring her reputation. What's the reason behind the lawsuit? What's Muniba Mazari doing these days? Let's find out!

The former husband of activist and painter Miuniba Mazari sued her for Rs 10 million in December 2017. Khurram Shahzad, a former air force official and now a commercial pilot accused her of distorting facts that Mazari revealed about their relationship and defamed him.

Shahzad and Mazari married in December 2005 but she divorced him in 2015. Things just turned upside down when they met a car a near Jocababad on 27th February 2008. The accident occurred as the driver slept and the car fell into a ditch. 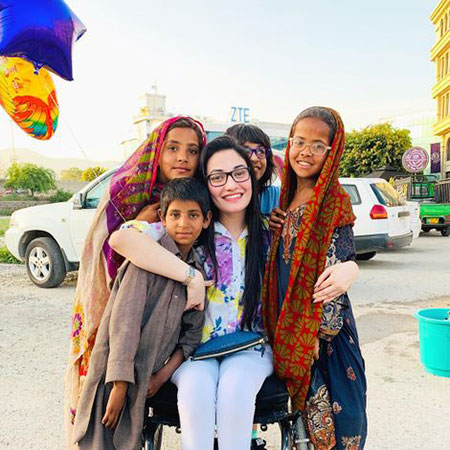 It was her motivational speech in November 2014 at a TEDx event in Islamabad that made her a hero in the eye of the public. Her speech was so inspiring as it contained a message of hope and a determined voice to not give up at any circumstance.

You May Like: Russian Social Activist And Historian Lyudmila Alexayeva Passed Away; She Was 91

In the show, Mazari said her ex-husband managed to "jump out of the car and save himself".

Shahzad who is now a married man with a child reported in the court that he tried to promote Mazari's paintings during her days spent in the hospital. She developed an interest in modeling and singing after interacting with foreigners in  Islamabad’s diplomatic circles. He maintained that it was against his family values.

Here's one of Mazari's most inspirational speech:

He stated in his petition,

"Similarly, being an esteemed officer of defense forces, the plaintiff could not allow the defendant [Mazari] to continue such practices."

Furthermore, he added that Mazari herself left his house in 2014 and filed for divorce the following year.

Mazari currently serves as the National Ambassador for UN Women Pakistan. She is one of the two women from Pakistan to be named BBCs 100 most inspirational women in 2015. Currently, she's living a blissful life with an adopted son, Nael.

I didn’t give you the gift of life, life gave me the gift of you!  Happy birthday my son! #Naelturns8

During an event in Islamabad, she said,

Following the deadly car accident ten years back, she spent many years in the hospital bed with a broken body, half-paralyzed who could barely move her hands.

In order to distract herself from the pain, she started painting that, in fact, kept her alive. Now, she has a life-changing experience that transformed her into an activist changing the life of many women and girls all around the world.

She occasionally works as an anchor at PTV and she's the first wheelchair-using model for the Toni & Guy, chain of dressing salons in Pakistan. Also, she is featured in Forbes 30 under 30 in 2016 and head of CSR for Chughtai Labs. 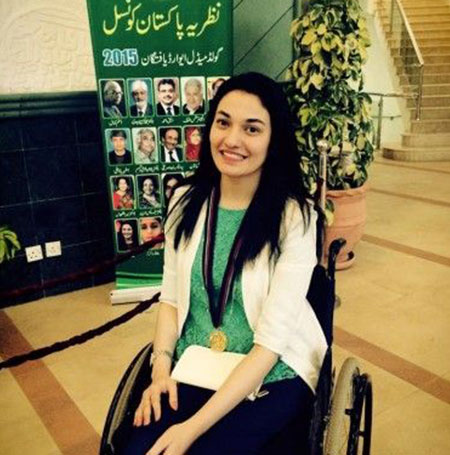