Home Article Footballer Cristiano Ronaldo becomes a father of Twins; Who is the mother of the twins? Find all the exclusive details here

Footballer Cristiano Ronaldo becomes a father of Twins; Who is the mother of the twins? Find all the exclusive details here 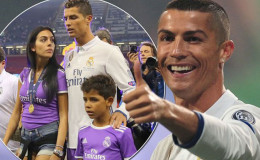 Footballer Cristiano Ronaldo becomes a father of Twins; Who is the mother of the twins? Find all the exclusive details here

And one more added to the never ending list of trophies for Cristiano Ronaldo.

The football star welcomed twins this past week. Although the footballer is still unavailable for any remarks regarding the birth of his twins.

According to various Portuguese news channel, the surrogate mother lives in the United States and Ronaldo's mother, Dolores Aveiro flew off to see how her new-born grandkids are doing.

Let's find out more about the news.

Ronaldo has always been very open about his professional life or any new girlfriend. But when it comes to his illegitimate relationships the Portuguese forwards asks for privacy. 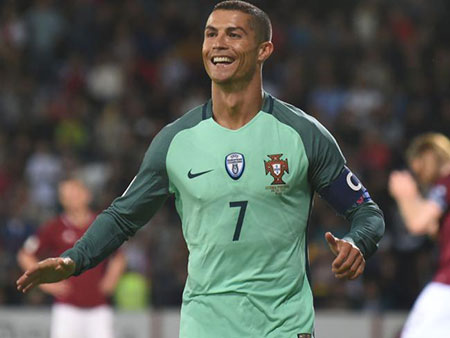 Take the birth of his son, Cristiano Ronaldo Jr. for example. Ronaldo never revealed the identity of his son's mother and asked the media to keep out of his personal life.

According to a Portuguese publication house, Correio da Manha, “the babies are very well.”

As soon as the doctors allow it, his mother will fly off to America and pick his grandson and granddaughter. Yup, you read it write, Ronaldo is now a father of one more son and a daughter. 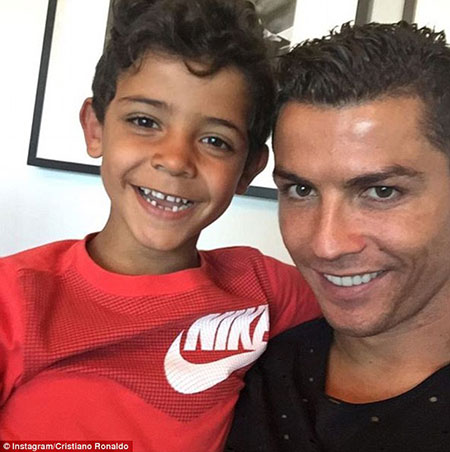 The media also claims the name of the twins as Mateo and Eva. The birth of the twin was a big secret and when the news surfaced, his fans from around the world were obviously shocked.

"Mateo and Eva, those are the names of Cristiano Ronaldo’s twins. The boy and girl were born to a surrogate mum. It’s a secret that Cristiano Ronaldo hasn’t yet revealed to the rest of the world."

The new father will be joining his children in Madrid as early as this week. Although the 32-years-old Real Madrid forward is yet to comment on the incident.

If the rumors are true then Ronaldo will be playing with his three children at his residence in Portugal and Madrid. The identity of the surrogate mother is not revealed yet.

Ronaldo and his girlfriend, Georgina Rodriguez is now going to be pretty busy after the birth of the twins. He is dating the Spanish model since earlier this year. 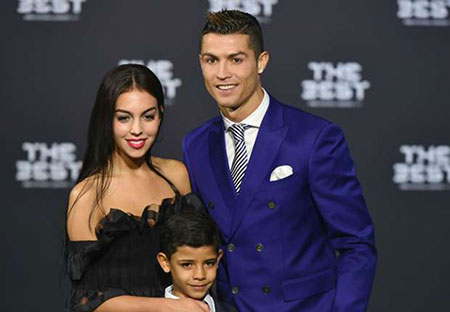 Ronaldo is dating Spanish model since earlier this year and she shares a deep bond with his son and family, Source: Goal

Up until recently, Georgina was also rumored to be pregnant with his child when she sported a baby bump. But in the end, his mother denied all the speculation. She stated,

'It's just nonsense. It's just a hand on the belly, and as far as I know, Cristiano will not be a father again.'

The pair will now be getting their hands full because taking care of twins is no joke. We wish them all the best and once again congratulate the new father.