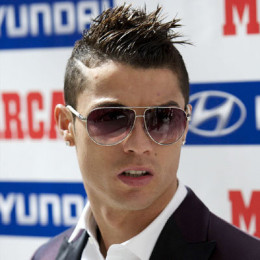 Cristiano Ronaldo is from Portugal and is currently playing for the Spanish club Real Madrid and also in the Portugal national football team, where he is a captain, as a forward of the team wearing jersey number 7. He is regarded to be the current best player in the world and one of the greatest of all time by some sportsmen. Talking about his childhood, he claimed that, he spent his days in poverty as he is the son of a cook, mother, Maria Dolores dos Santos Aveiro and a municipal gardener father, José Dinis Aveiro.

He has never been married but is popular among girls and has dated some models as well. He is the father of a son as well but the identity of his mother has not been revealed by him.

He loves his son, Cristiano Ronaldo Jr. very much. There is a long list of his girlfriends and he was also in a relationship with Irina Shayk. But after dating for a while they broke up. 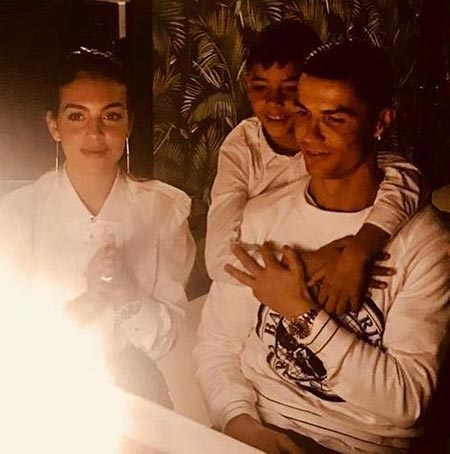 Cristiano Ronaldo with his girlfriend and son

Currently, the world famous player is having an affair with Georgina Rodriguez. He is also now a proud father of twins and he had them via surrogacy.

The mother of the children is a mystery, however, he is now blessed with a beautiful daughter and a son whose names are Eva and Mateo born via surrogacy on 8 June 2017.

Rodriguez gave birth to their daughter Alana Martina on 12 November 2017.

Cristiano Ronaldo amassed a net worth of about $450 million as of 2019.

He is often considered the best player of all time. He was ranked as the world's highest paid-athlete by Forbes in 2016 and 2017.

He is the world's one of the famous babies. He is adored by a lot of people and his father loves him very much. The name of his mother is not revealed yet.