Home Article Footballer Pepe, is he dating? See his Career and Networth

Footballer Pepe, is he dating? See his Career and Networth 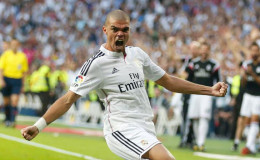 Kepler Laveran Lima Ferreira, who is renowned as Pepe and is a professional football player who is for Turkish Club Besiktas and the national team of Portugal as a central defender. He has made his career as a footballer. Pepe is taking his career along with his personal life. He is married to Ana Sofia and the couple welcomed two children. Let us also know Pepe's role as a father and as a husband rather than his career first!!!

Kepler Laveran Lima Ferreira, who is renowned as Pepe and is a professional football player, playing for Turkish Club Besiktas and the national team of Portugal playing as a central defender. He has made a successful career as a footballer as well as a successful personal with his wife.

He is married to his lovely wife Ana Sofia and the couple welcomed their two children. So, today Let us also know Pepe's role as a father and as a husband!!

Pepe is married to Ana Sofia who is a medical student. The pair first met on 2007 at Porto in which Pepe was playing Porto Fan Club. Ana Sofia felt that day was the biggest day for her as she met Pepe who became the love of her life. Soon After that, the couple started dating. 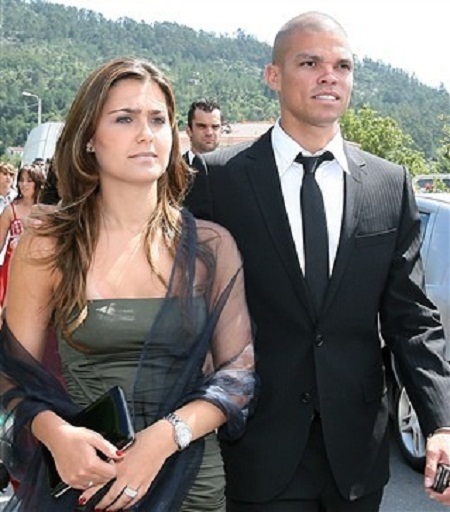 The couple together in the event Pepe and his wife Ana Sofia, Source: Pinterest

It is mentioned that Pepe as a husband, is very loyal to his wife and no rumors of extra affairs or divorce have been heard to date.

Though Pepe seems very busy to his career, he is taking out time for his family too. They are living happily spending their quality time in Madrid.

Pepe and her wife Ana Sofia welcomed their two children happily. The first child is the daughter whose name is Angeli Sofi Moreira on 27th of August 2012 who was born before the couple got married.

Again the couple welcomed another girl who was their second child and also was a daughter, she is named Emily Moreira Fereira.

Pepe's career and his net worth

Pepe started his career as a footballer at local sports club Corinthians Alagoano. he first spent his season with the team B. Pepe got promoted to the main group for the season 2002-2003, as a defender he missed playing games there.

Pepe after he joined that group he went to Porto club in 2004 and as a central defender till 2007 he played in that club. Again he left that club and joined the Spanish Champions, Real Madrid. 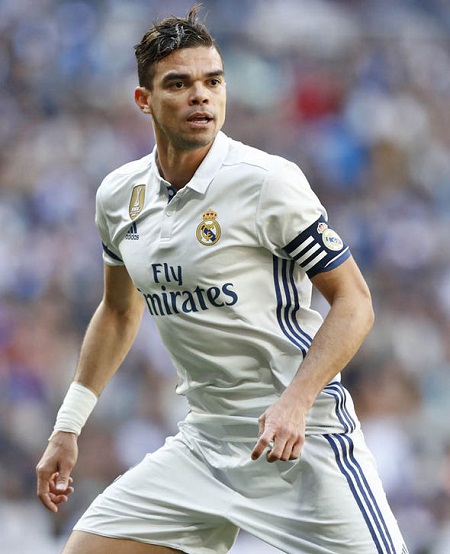 Pepe in the competition, Source: Blogspot.

Recently, Pepe is playing for Real Madrid and he is still continuing in the same club. In that club, he has done 229 appearances and 13 goals. He won the Euro 2016 with his country Portugal and he was the best defenders in that competition.

The estimated Net worth of Pepe is $32 million as he is a professional footballer of Real Madrid now. 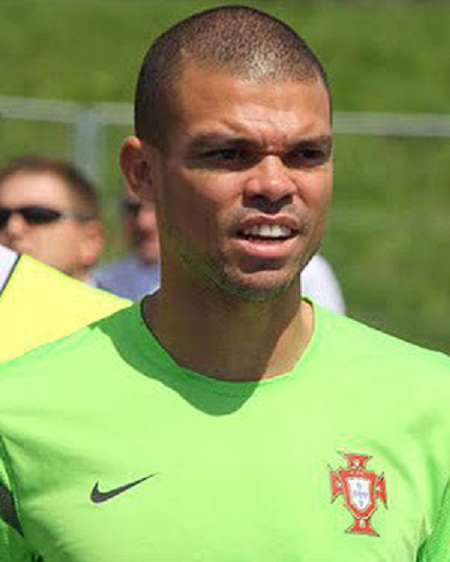