Game of Thrones actor Nikolaj Coster married Wife in 1998; They share two Children between them 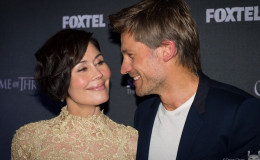 Game of Thrones actor Nikolaj Coster married Wife in 1998; They share two Children between them, Also, see his Wiki, Career, Bio, and Net Worth

Despite gaining a lot of success from the mega-blockbuster TV series, Game of Thrones, Nikolaj Coster-Waldau, knows how to keep himself grounded even after enjoying such fame.

And to help him stick to his normal belief, his wife of nearly 20-years support him all the way. Talking about their marriage life, the pair also shares two beautiful daughters between them.

Let's take a look at their blissful married life and know the secret about their relationship.

We've seen how many celebs misuse their fame and fly in the air, more than they should. In today's time, Nikolaj is enjoying a lot of success because of his huge role in super hit HBO series, Game Of Thrones. 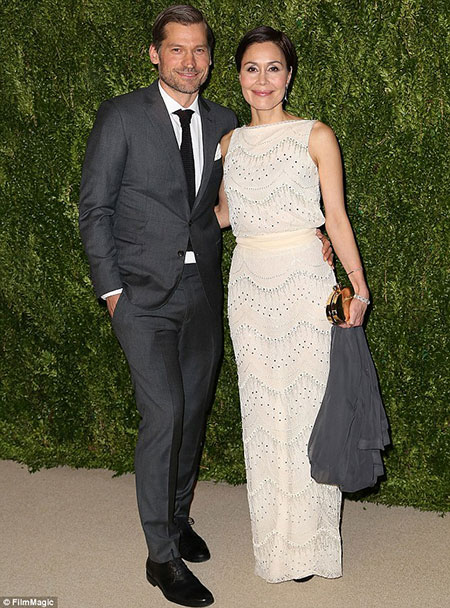 Nikolaj attending GOT premiere along with his beautiful wife, Nukaaka, Source: Daily Mail

He plays the vital role of Jaime Lannister in the series, and might we say, he plays the role exceptionally. And when an actor returns home, he expects his family to watch his show and praise him for his work.

Unlucky for him, his wife, Nukaaka Coster-Waldau, and daughter never watched the show, for all its glory. In an interview with Jimmy Fallon, he told the world how he dragged his wife to the premiere of the first show.

Nikolaj first laid eyes on his future wife when both of them were working for the same Radio play in 1997. He played the role of a pilot who is in love with a woman from Greenland, and the best fact, his wife originates from Greenland. 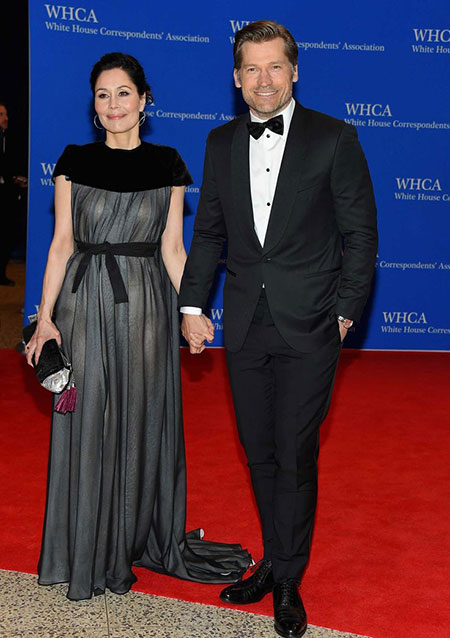 Nikolaj tied the knot with his wife in 1998 after dating for around a year, Source: Daily Mail

In an old interview with New York Post, he stated,

“It was really love at first sight — for me. Not for her. It took awhile for her.”

The couple tied the knot in 1998, after dating for around a year or so. Looks like, Nikolaj certainly lucked out in this one as his wife is the former Miss Greenland.

Nikolaj's family wouldn't be complete without mentioning the most pivotal member of their family. They are a proud parent of two girls, Philippa and Safina Waldau. 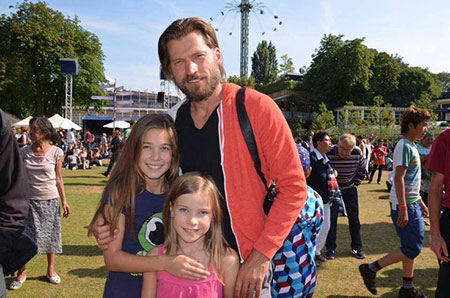 The pair shares two children between them, Philippa and Safina Waldau, Source: Pinterest

Philippa was born in 2001, whereas, Safina was born in 2004. Unlike any other stars, Nikolaj restricts his daughters from watching the TV series due to its, rather intimidating nature.

Talking about the matter, he divulged,

Well, we agree with him on that one as watching your father, beheading and killing people is something you don't wanna see.

Nikolaj is currently working in the seventh season of the show. 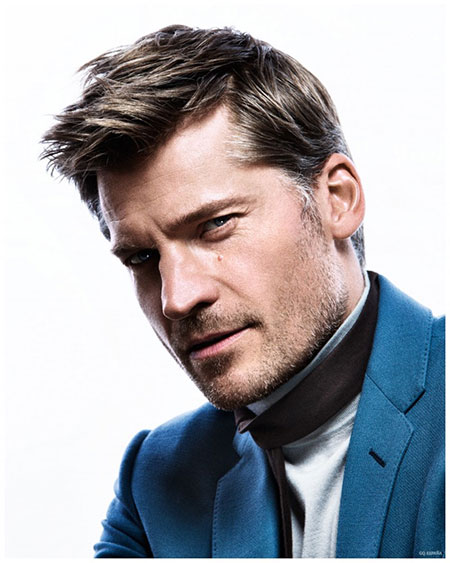