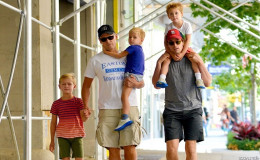 The gay couple, Simon Halls and actor Matt Bomer is married since years and also has three children.

Golden Globes Award-winning actor, Matt Bomer broke our heart when he came out as gay and married during an acceptance speech for his Steve Chase Humanitarian Award back in 2012.

And now we're all curious to know who's the lucky guy? Matt is happily married to his publicist husband, Simon Halls for years and their relationship is just so perfect!!

To know more about the handsome gay couple and their children, stay on our page.

The Normal Heart actor Matt Bomer didn't reveal about his married life until 2012 and the world knew about his secret relationship with his longtime boyfriend and husband, Simon Halls.

The duo wed in a secret ceremony amidst close friends and families and officially announced this only after a year of being married. And now, they're exclusive about their married life. However, they do not share many details about it and always remain under the radar. But they don't hesitate to display warm PDA's on their social media. See for yourself!

Matt had hidden his sexuality and fans were all in shock when he revealed that he's gay. Later on, he even dropped another bomb stating that he is already married to his gay partner, Simon Halls who's a publicist back in 2011. 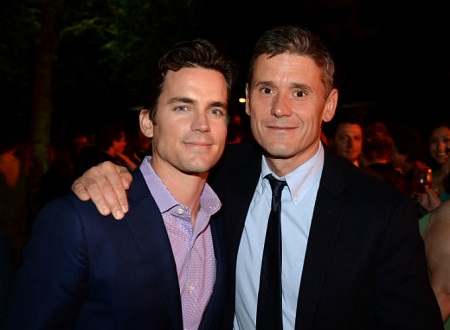 The pair in an event, Source: Enstarz

As of now, the couple is living together and having a great relationship together. The pair with such amazing bonding and not a single rumor about them getting divorced or having extra affairs have been heard till now.

The couple is blessed with Three Children

Like every pair, they also desired to have their own children after falling in deep love with each other. The pair welcomed their three children named, Kit, Walker, and Henry born in 2005 and the rest two were the twins who were born in 2008 via surrogacy.

The pair were really glad to have their own children also explained their joy of being parents in the W Magazine interview.

The whole family together.

happy father's day to these two kind and sweet souls and to all the other amazing dads out there ??‍??‍??‍???? #mattbomer #simonhalls #family #betterhalfsmarterhalf #fathersday

Furthermore, the pair even hid their children from the audiences and media but revealed in 2014 to the world.

Simon explained his joy by saying,

‘’ People who are having babies this way, we’ve jumped through I can’t tell you how many hoops, so it’s not just like, ‘It’ll be fun to be a parent. And we are committed.’’ 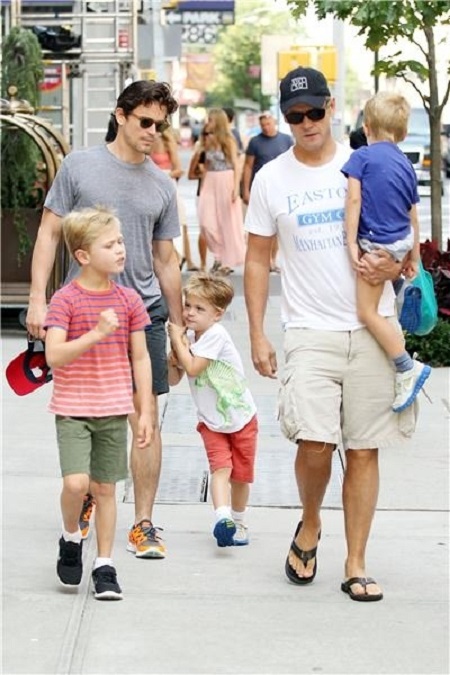 Well, we wish this amazing couple lifetime of happiness and best wishes for their future endeavors. 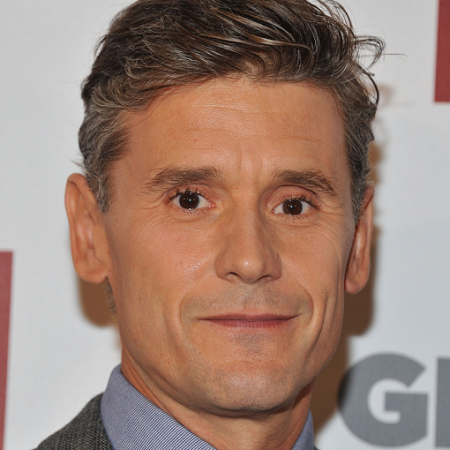