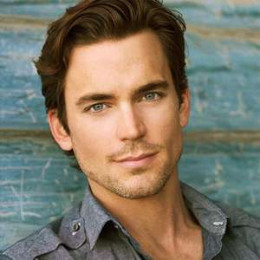 Matt Bomer is an actor. His debut in television was with Guiding Light. Matt Bomer worked in NBC television series. He played in the USA Network as the lead role of co-artist. He plays football. Matt is gay, and he fills proud of this fact. He attended Klein High School; Matt's classmate Lee Pace also acted at Alley Theatre, at Houston. Pace and Bomer both acted at Houston's Alley Theatre, a non-profit theatre company.

Matt Bomer married Simon Halls in 2011. Matt and Simon Halls have three children. The couple made their relationship public to the media in 2014.

Talking about his marriage, he said,

"It was very chill and very small – just our closest and dear ones. There is a security, a validity. It's just a feeling, I think - something about saying vows in front of the people around you who love and support you. I think it was good for our family."

Their three sons Kit Halls (2005) and twins Walker Halls and Henry Halls (2008) are surrogacy children. He publicly announced that he is gay in February 2012.

Here's Bomer and Andrew Rannells appearing on What What Happens Live with Andy Cohen:

Matt's husband Simon Halls is a co-founder of Huvane Baum Halls. Both of them love each other and respect their feelings, they are happy with each other.

There is no sign of divorce in their relationship. Matt Bomer has many fans in his social sites.

Bomer was born on 11 October 1977 in Webster Groves, Missouri to parents Sissi Bomer and John Bomer. He made his career debut at the age of 17.

He is an LGBT rights activist.

Simon is his parther, both of them are gay, they have three sons. Both of them love each other.

He is the first son of this couple ,they love their son very much.Both of them are happy with this son.

They are twin sons of this couple. They are from surrogacy. Both of them were healthy when they were born.