Home Article Glenn Beck's wife Tania Colonna is Living Happily With her Husband Without any Divorce Rumors, Discuss About Their Relationship

Glenn Beck's wife Tania Colonna is Living Happily With her Husband Without any Divorce Rumors, Discuss About Their Relationship 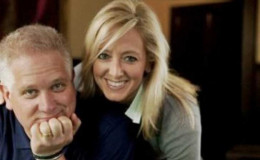 The television personality Glenn Beck and Tania Colonna are very happy together that there is no sign of divorce or extra-marital affairs.

When we talk about the famous Television personality in the United States, many famous names triggers our mind. One name which we cannot avoid among those is Glenn Beck.

He is a successful radio and television host, producer, filmmaker, and political commentator who has made a great contribution on the Fox News Channel and most recently, he is working on his show 'Glenn Beck' on The Blaze.

Similarly, he is a happily married man. He tied the knot with his then-girlfriend-now-wife Tania Colonna a long time back.

Well, Tania might not be a popular face in media but she is behind every success story of her husband. She helped her husband recovering several bad habits and addictions.

The Married life of Tania Colonna And Glenn Beck

Beck met his future wife Colonna in the year 1998 during his work schedule. 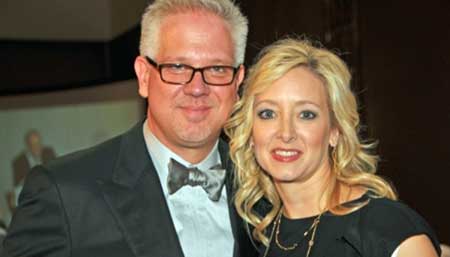 It was the day when Glenn was standing in the parking lot right after finishing his radio show. Fortunately, Tania was walking the same way and she instantly recognized his voice.

She approached him and thanked him for his show. She stated that his show made her laugh for years.

As the pair had a common goal in their career, they soon fell for each other. After long years of dating, they married in January 2000 in The Church of Jesus Christ of Latter-day Saints. 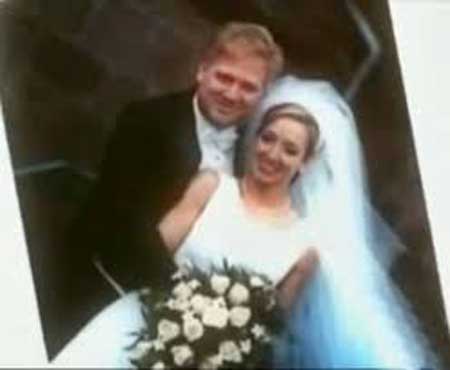 The happy couple at their wedding ceremony
Source: Wag Politics

The couple adopted Raphe Beck as their first child in the year 2004 and soon in 2006, the couple welcomed a daughter, Cheyenne Grace. 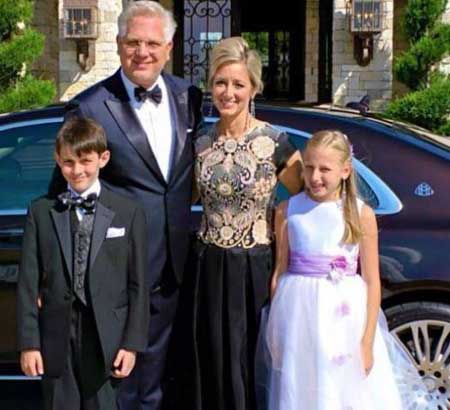 Beck posted an Instagram image with daughter Hannah. Have a look:

Tania is a very caring mother as she takes care of the other two children, Mary Beck and Hannah Beck from the previous marriage of her husband with Clarie Beck.

Beck married Clarie in 1983 and divorced in 1994 due to his struggle with substance abuse. He had a great struggle with alcohol, drugs and had attention deficit hypersensitivity disorder (ADHD).

He credits the organization named Alcoholics Anonymous (AA) that helped him to achieve sobriety.

Just dropped Tania off at The airport and now on my way to another airport to go to NYC. I miss her already. They say behind every Great Man is a good woman. I would say behind every good man is a great woman. No matter what anyone tells you, if a man recognizes who his wife is, a cherished daughter of God, and SHE lives accordingly, he will follow her to the ends of the earth. She will make him a better man, not by molding or shaping but because he will want to be a better man for her. Tania asked me last night what I wanted for Father's Day, I said: "For all of my children to find God, obey and worship him; that they may all find a spouse that loves them the way I love you". It wasn't a 'corny' thing to say. It really is all I want in life. My children to find truth and love. I found both truth and love because of Tania. If it were not for her, I wouldn't have found God the way I have, nor as dedicated as I am. I could not do my job with out her; nor would our children be who they are; our life as organized; and my feet planted so deeply. She didn't know what she was getting into by marrying me. Neither did I at the time. Our life is complicated. She has never complained nor liked it 'too much'.. She has never been one for fancy stuff. I have given her all of that as a gift. Sometimes she is a little shy about it as she isn't flashy. If she had liked the life of the famous, I would have been doomed. She instead is more at home at the ranch in boots, jeans and a tee shirt. Behind me is a great woman. Great woman are coming forth in my children. Women who will change the lives of many because of who they are and who they love. If I have done my job, a good man comes forth in my son who will love his wife as much as I love mine. In time, I will get my Father's Day wish. Because behind every good family is a great woman.

Glenn is a very supportive and caring husband as he gives all the credit for his success to his lovely wife Tania.

My mother died when I was 15. We were close. She was slowly killing her self with drugs and alcohol. I didn't figure that out until about two months before she died. She told my aunt the Sunday before she died that she was going to kill herself. No one believed her. By the end of the week she was dead. I blamed myself for the things I did and didn't do, so did my sisters, my aunt, grandparents and my father. None of us were responsible. Suicide is a powerful lie. One in which you actually believe that what you are about to do is reasonable. People will be better off without you and more importantly - it will stop the pain in whichever form that comes in. We were a ship wreck of a family for years. It has been just recently that we have all been able to talk about it and and what it has done. We still have fears of becoming our mother and in a way, I think we all have some hope that we can become the best part of our mother. But the sickness ran deep in the family. I was lucky. I was young and her favorite. My sisters were far to beautiful, talented, smart and successful to escape her sickness. She took her frustration out on them. After she died it continued for all of us in other ways. Again, I was lucky. I found an amazing woman named Tania that showed me what God can do. That loved me and cared for me and helped me heal. She is a woman that believed in me when there was nothing to believe in and no reason to think there would be. At least that is how I saw it. Tania saw past my mothers sickness, and The Lord healed me. I am fortunate to have four wonderful children and I am finally becoming the man and father I was born to be. Because of a good woman, the mother of my children and the love of My eternities. Today I celebrate her, and the woman who raised her my wonderful and dear mother in law, Mary Ann. I also celebrate my daughter Hannah who is new to this mother thing and is already outpacing most. I also celebrate my sisters who are far better mothers than they believe, and woman who have grateful and decent children all of whom I love. But I also celebrate my... facebook.com/GlennBeck/posts/10153299707153188

He was suffering from a severe neurological disorder but, he is happy for his wife is always with him in any crucial circumstances. He said,

"I honestly believe with all my heart that I wouldn’t be alive today if not for her. [Tania] She’s lent a stability and strength to my life that is impossible to overstate. I don’t like doing things without her — we’re not co-dependent … we’re in love. I am less than half the man when I’m not with her. Tania and I are truly a partnership, and our marriage works because we work at it together."

Here is Glenn Beck and his wife Tania Colonna revealing some facts on their successful married life:

Hence the achievement and prosper life of TheBlaze personality is all because of the continuous love and support of Tania Colonna. 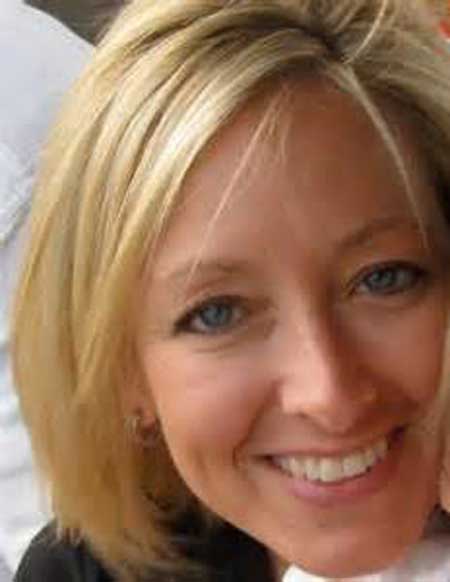 As it is obvious to all that the married life of Tania Colonna and her husband Glenn Beck has set an example of true love and longevity, we wish them all the very best for a happy and prosperous life ahead.