Home Article Boys Meets World star Danielle Fishel Engaged to her Producer Boyfriend; 'No one is more excited than I am.'

Boys Meets World star Danielle Fishel Engaged to her Producer Boyfriend; 'No one is more excited than I am.'

Boys Meets World star Danielle Fishel Engaged to Boyfriend Jensen Karp; They announced the news via their social media account; The couple is dating since June 2017; She was previously married to Tim Belusko; Also, see..

One up for the couple! 'No one is more excited than I am.'

The newly betrothed are totally head over hills since their engagement and around half a million of her fans congratulated them. 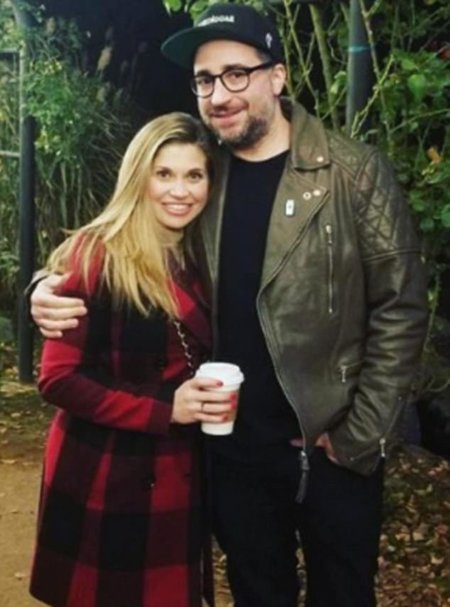 Danielle and Jensen started dating since 2017 after her divorce with husband Tim
Source: Daily Mail

The adorable photo she added speaks volume about their relationship. In the picture, both of them are staring each other right in the eyes and smiling as she comforts her boyfriend.

And the picture courtesy goes to her good friend, Sabrina Carpenter.

I woke up today thinking it would be a normal day and it was anything but normal. I put on my Genghis Cohen t-shirt and went to see @jensenclan88 at work where I proceeded to screw up a very romantic marriage proposal by being too efficient (this is very on brand for me). The future Mr. and Mrs. Karp are now engaged and no one is more excited than I am. : @sabrinacarpenter

According to her, she didn't get to see the full surprise Jensen planned for her as she went to his workplace to meet him pretty early which literally screwed the whole surprise.

But then again, he put the ring to it and in the end, it's all that matters, right?

Jensen also shared the same picture and wrote how happy he is to be engaged with the same girl he went to high school with. Jensen is famous for being the executive producer of Drop the Mic.

The duo publicly announced their relationship back in June 2017. In 2016 she filed for divorce from her then-husband, Tim Belusko.

Congratulation to the couple!