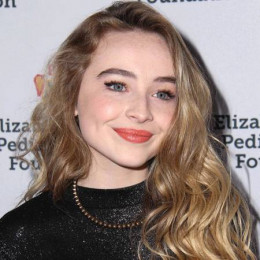 An American beautiful and gorgeous teen actress and singer who is widely popular for her role as Maya on the Disney Channel's Girl Meets World. She was placed third in the show named "The Next Miley Cyrus Project." which was a singing contest run by Miley Cyrus. She has one older sister who is also an actress. She has also starred as a guest in 2010 episode of NBC's Law & Order. She has also got a frequent role in Fox series The Goodwin Games. She also starred as young Merrin in the 2013 film Horns. For her talent, she has been awarded Radio Disney Music Awards for her single "Can't Blame a Girl for Trying".

Sabrina Ann Lynn Carpenter was born on May 11, 1999, in Lehigh, Pennsylvania to parents Elizabeth and David Carpenter. She is an American actress, singer and a songwriter. Carpenter grew up with her two siblings Shannon and Sarah Carpenter. All three carpenter sisters have musical gifts. Sabrina younger sister even tours with her and sings back for her. She completed her school from ‘The Pennsylvania Cyber Charter School.’

Sabrina was interested in music from an early age. She posted covers along with her sisters on YouTube but entered the entertainment business not from music but from acting. The now 19-year-old star landed her first acting role in 2011 where she guest starred on the drama series Law & Order: Special Victims Unit portraying the role of a young rape victim.  In 2012, she landed a role on Fox’s The Goodwin Games as a series recurring role of Young Chole, a role in Disney’s pilot Gulliver Quinn as a series regular and the ABC pilot The Unprofessional. 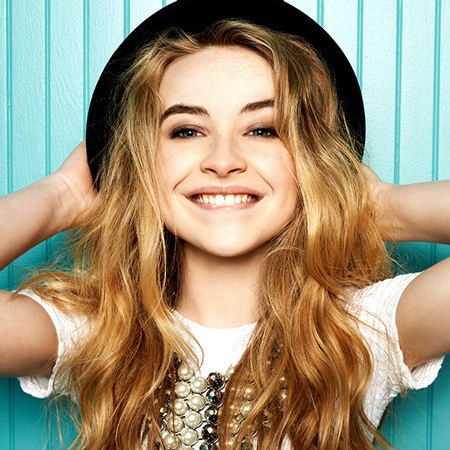 Sabrina also featured in the movie Horns in 2013 where she played the role of young Merrin. But her breakthrough role came in January of 2013 when she was cast as Maya Hart on Disney’s show Girl Meets World. She was cast opposite Rowan Blanchard. The series is a sequel to the hit show in the ’90s called Boy Meets World. The show was canceled after three seasons in 2015, but Sabrina received tremendous love for her character from the audience and gained massive fans.

Sabrina inclined to music from a very early age. She came third in a singing contest run by Miley Cyrus, “The Next Miley Cyrus Project.” In 2011, Carpenter performed Etta James’ ‘Something’s Got a Hold on Me’ in the style of Christina Aguilera on the Chinese television station for the Gold Mango Audience festival.  Her song ‘Smile’ featured on the album Disney Fairies: Faith, Trust and Pixie Dust’ and ‘All you need’ is featured on the Disney’s Sofia the First Soundtrack. She also sang the theme song for her show Girl Meets World called ‘Take on the World’ which also features her co-actor, Rowan.

Sabrina released her first ever single on March 14, 2014, called ‘Can’t Blame a Girl for Trying’ which became an instant hit among her fans. She received a Radio Disney Music Award for her song. Her debut ep with the same name was released on April 8 the same year. Carpenter released her debut album on April 14, 2015.

Her second album Evolution did an excellent job and succeeded to grab the attention of many people. In November 2016, she was picked as Elvis Duran's Artist of the month.

Her net worth is estimated to be $4 million. She earned $115k for her role as Maya Hart in the hit Disney show Girl Meets World. She also earns from her album and her tour.