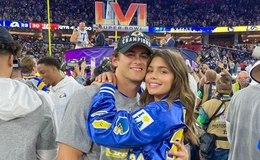 The much-awaited revelation of the dating rumors of former Bachelor cast Hannah Ann Sluss and LA Rams running back Jake Funk finally comes through. The actress confirmed it on Tik Tok and gave her beau a smooch on Saturday before heading out to Sofi Stadium.

Hannah Ann Sluss is dating Los Angeles Rams running back Jake Funk. Star of The Bachelor first shared the romance with the professional athlete on Tik Tok on Saturday on Janaury 2022 that she had a new man in her life. 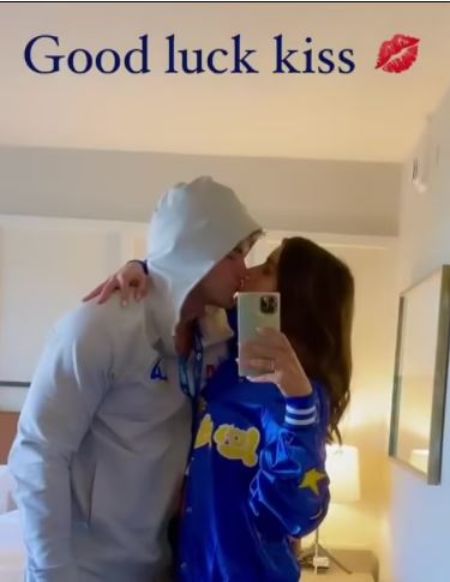 Hannah Ann Sluss gave her beau a good luck kiss ahead of the game. SOURCE: Instagram(@hannahann)

After keeping their relationship low-key, the starlet teased fans with a few clips of Jake taking her out to eat and driving in the car without his face in the shots. So far, it's not known when Sluss and Funk first started seeing each other.

Hannah then confirmed the romance hours before this year's Super Bowl, which marked the Maryland native's first time playing the biggest football game, Super bowl LVY, against the Cincinnati Bengals. 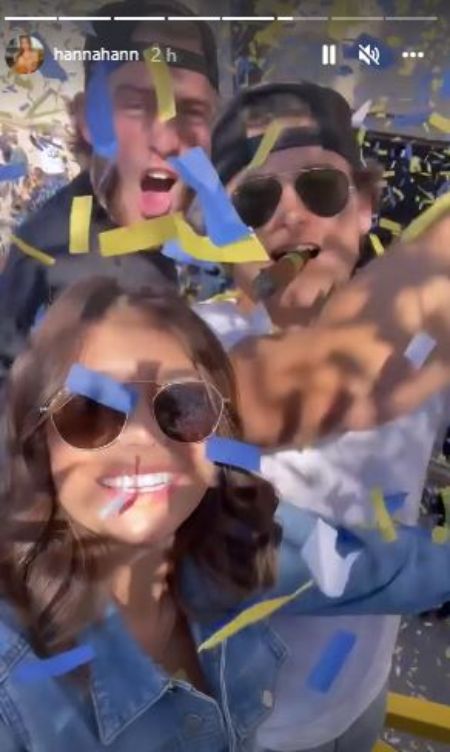 Hannah Ann was celebrating a big win with Jake Funk and his team. SOURCE: Instagram(@hannahann)

Moving on, Hannah also took a video of her kissing 24-year old rookie at the team's hotel room who is about to compete in his first match at the Super Bowl. Then, she headed out to Sofi stadium to see all the action live with her family and friends.

What's more, Hannah, a contestant on the 24th season of The Bachelor in 2020, built her brand and gained over a million followers on Instagram. On her Instagram story on Sunday,  with the selfie video, the lady caption," Good luck kiss.". 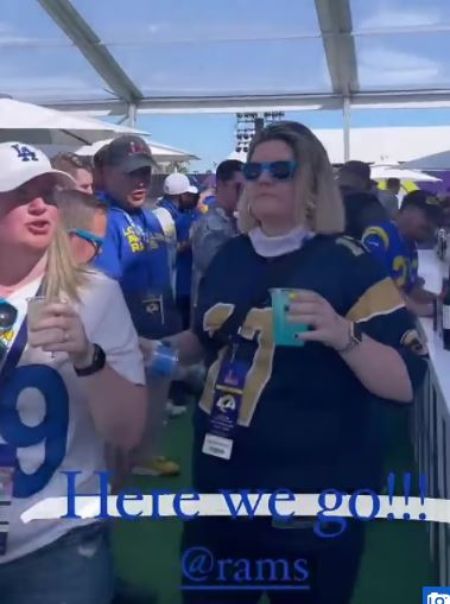 Hannah Ann was rooting for Jake Funk ahead of his Superbowl game. SOURCE: Instagram(@hannahann)

Well, Hannah is a supportive girlfriend. The brunette beauty decked out in LA Rams colors and was in the stands flashing a custom-made handbag with Jake's jersey number, 34, on it.

The influencer wore a Rams bomber jacket with the name and number matching her boyfriend's uniform. Hannah put on black shorts and a white crop showcasing her knee-high boots and midriff.

"Here we go, Rams," and "Let's go!!" she penned over a video of her making way inside through the turnstile of the stadium. Hannah would post several photos of herself partying with fans from the seat.

Here's the clip of Hannah Ann Sluss with Jake Funk.

And in the end, the couple has plenty to celebrate, as the late 4th quarter Hannah On 17 February, enjoyed victory parade and Funk's teammate as seen on her story's video clip.

Not to mention, Ann has stayed mostly single as she's recovered from a broken engagement with a former lead star of The Bachelor, Peter Weber. The lady was heartbroken when Peter ended things with her, but it seems like she's been better off without Peter.