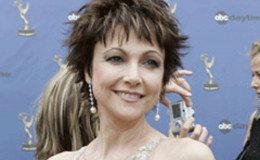 There has been lot of speculation regardind Annie Potts having plastic surgery. Has she really did it or not ? She did say that she will do it if she feels like the need to do it.

There has been a lot of rumors circulating that Annie has undergone a plastic surgery. Medis is speculating a lot of things relating to her looks. So, let us find out has she really gone through a plastic surgery?

Who is Annie Potts?

As we all know that Annie is a popular and talented television, film, and stage actress. Similarly, she also gave her voice as Bo Peep in 1995 animated feature movie called Toy Story (1995) and Toy Story 2 (1999).

Similarly, while studying at Stephans College she met her future husband Steven Hartley. She married her college sweetheart shortly after their graduation in 1973. However, they got a divorce in 1978.

She then married Greg Antonacci on 21st June 1978 but that relationship also did not last long and they got separated in 1980.

Likewise, she then tied the knot with B.Scott Senechal onFebruaryuary,1981 and they also has a child named Clay Senechal (1981 ). However, she got separated from her third husband as well.

Her recent marriage is with James Hayman from whom she has two childrens named Doc (1981) and Harry (1996).

Has she undergone a plastic surgery ?

There has been a lot of speculation regarding if Annie Potts have undergone any plastic surgery. On December 27, 1993, Potts made a comment on " Entertainment Tonight ", when asked if she would ever consider doing plastic surgery.

She stated "I said, `Hey, I'm a girl in her late 30s; you bet, when it starts to slip, I would certainly jack it back up.' The next day, all the papers picked it up and suddenly I'm the poster girl for plastic surgery."

She also made a funny statement by saying that if her face ever falls, then she will rush to Beverly Hill for plastic surgery.

She further said, "From then on, whenever I sit down for an interview, it's, `Well, exactly how much work have you had done?' None! It was a theory, OK?"

Potts clearly stated that if she ever thinks that she requires a plastic surgery then she will do it without any thought whatsoever.

We must say that Annie hasn't lost her touch yet and the time for the plastic surgery will have to wait because the actress is still very gorgeous.