Heather Sanders BFF of Blac Chyna is enjoying a Good Relationship with Partner and Child; Find out her Wiki

Heather Sanders is a popular American television personality and also the owner of an online boutique, Sorella which means 'Beautiful Sister.' She started her online store nearly six years ago and emerged as one of the successful young entrepreneurs.

The 27-year-old fashion designer is not only a successful entrepreneur but is also a loving mother. Let us find out more about her personal life including her boyfriend and children here!!

Heather Sanders-Relationship With Boyfriend And Daughter

These days the majority of the relationships in the entertainment industry is made of on the false commitment. But not for Heather and her boyfriend of many years rapper, King T-Rell.

Both of them worked hard to reach the position they are in right now. Maybe that is the reason both of them got attracted to one another. Though the exact year of when did they first started dating isn't out, they seem like they are together for many years. Their love, respect, and passion for each other tell us how much they are in love.

They aren't engaged yet but judging by their current relationship we are sure we'll soon hear wedding bells. 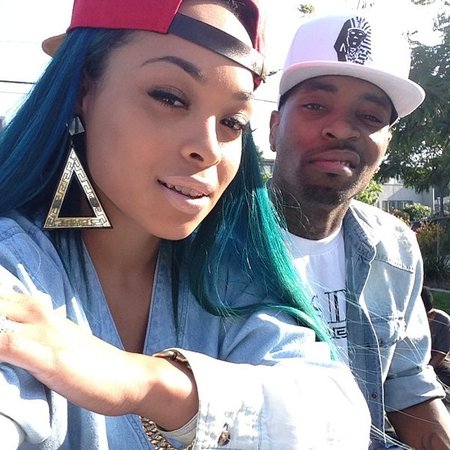 The couple welcomed their first child, a beautiful daughter named Zoe Skye Meeks back in October 2015. They didn't disclose the information about Heather's pregnancy, but soon after their daughter's birth, they started sharing pictures.

At such a small age, she has inherited all of her mother's feature and likes to wear fancy clothes.

Well, she is her mother's girl after all. No doubt about that. The family of three is as happy as ever, and we wish they stay like this forever.

Heather is also popular for being the former BFF of reality star Blac Chyna. At first, both of them were best of friends and were friendship goals, but then suddenly both of them got involved in a dirty fight.

Though the exact reason for their dispute is not known, we can tell it was one heck of trash talking between the two. Their fight was not only limited to themselves as soon both of them started calling out one another on a social media platform.

You can watch the full video above.

According to many sources, the once BFF went their separate ways because of Heather's closeness with Kylie Jenner and we all know how much Blac despises the Kardashian family. So that may be probably the main reason. 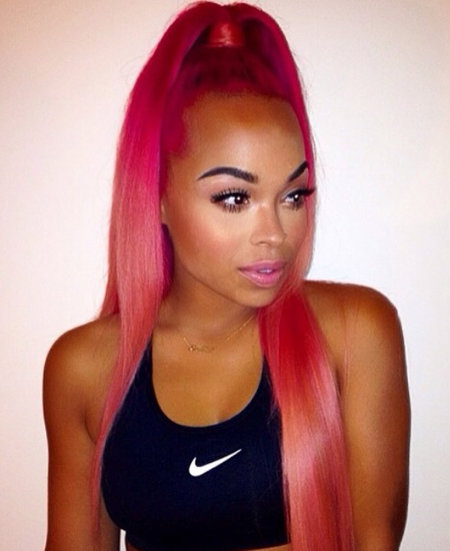