Home Article Heidi Klum's Boyfriends and Husbands Over the Years

Heidi Klum's Boyfriends and Husbands Over the Years 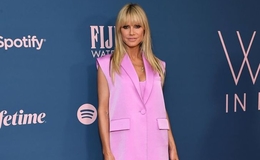 Inside Heidi Klum's Relationship History: The German-American model has been married three times and is a mother to four teenagers!

Easily one of the most recognizable faces in the fashion industry, Heidi Klum is a supermodel. Despite being logged alongside the most accomplished models, including Cindy Crawford, Tyra Banks, and Naomi Campbell, Klum reckons, and so do we, that she hasn't completely followed the typical lifestyle and behavior associated with her peers. "I've never slept with a rock star, taken drugs, or been photographed naked," Klum says. After gracing the covers of many magazines, Heidi landed her breakthrough, appearing on the coveted cover of Sports Illustrated Swimsuit Edition in 1998.

Klum, 49, has since taken her career to a whole new level. The German-American model has carved a multi-faceted career as an actress, television host, producer, and businesswoman. Her acting credits include Spin City, Sex and the City, Blow Dry, and CSI: Miami. Klum is also well known as one of three judges on the fan-favorite talent show competition America's Got Talent. The model-turned-producer currently serves as a host and executive producer on the reality series Making the Cut alongside Tim Gunn.

When the AGT judge isn't tending to her multi-hyphenated career, she plays the most important role of her life- that of a mother and a wife. Klum has been married to Tokio Hotel guitarist Tom Kaulitz since 2019. Klum's romance headlines with Kaulitz hit shortly after her split from art curator Vito Schnabel, who she dated from 2014 to 2017. The Project Runaway fame and Kaulitz were first romantically linked in March 2018, and by the year's end, Klum was already gushing about her musician boyfriend. 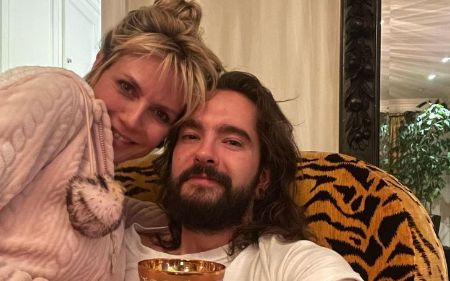 "He's the kindest, sweetest, most caring, and loving person," the German-American model said about Kaulitz. Klum explains how she hasn't been content with a man in a long time and how Tom makes her the happiest. "I feel so lucky," says the mother of four, adding, "I don't know when I was this happy the last time in my life. I am with my children, but with, you know, a man. He's absolutely wonderful. He’s German, and we maybe understand each other in a different way. But so far, so good."

Heidi and Tom started dating in 2018!

The model and musician couple announced their engagement after less than a year of dating and held a secret wedding ceremony in July 2019, followed by a glorious celebration in Italy in August. The twosome hasn't any kids of their own as the supermodel is already a mother of four. Heidi shares her four children with her ex-husband, musician Seal. Klum appreciates Kaulitz being a part of her blended family. The AGT judge says, "I'm sure it’s not easy to step into an immediate family, having all of a sudden four kids and teenagers."

Klum's dream home to have a forever house with a certain someone and their own kids may not have come true, as the model herself says, "it somewhat came through — other things have fallen apart." However, Heidi has made peace with her current situation. The 49-year-old states, "new love comes along, and I don't know — as long as everyone is happy, then I'm happy, and we're all in a good place."

Although a relatively lesser-known figure, Tom is a star in his own right. Kaulitz is best known as a member of the pop-rock band Tokio Hotel, consisting of singer Bill Kaulitz, drummer Gustav Schäfer, and bassist Georg Listing. As revealed by the Project Runaway alum, her husband is also of German descent like herself, and another fun fact, Kaulitz is a twin. His twin brother, Bill, is the co-founder and the lead vocalist of Tokio Hotel. 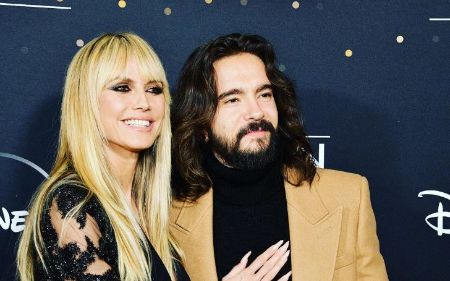 Tom's band won the 2008 MTV VMAs and has since had a breakthrough in the US pop-rock industry. Kaulitz is several years younger than America's Got Talent judge, 16 years, to be precise. But as all couples with an age-gap quote, "age is just a number." "That's really the only time when age seems to be shoved in my face, and I have to give an answer for it," Heidi said while explaining how her husband perfectly fits in her life despite their significant age difference.

Kaulitz is a hit among Klum's kids as the guitarist first won over the model's children before proposing to her. A source revealed how the Tokio Hotel guitarist took Heidi's kids' help to propose to her. "They went to Mexico before their engagement," a source shared, adding, "that's when he started talking to the kids about his plans in secret, and it was so hard for them not to tell anyone." Tom was previously married to Ria Sommerfeld for nearly three years.

Heidi has had her share of romances in the industry and has walked down the aisle three times. Klum was only twenty-four when she married her first husband, stylist Rick Pipino in 1997. As the duo's romance and their marriage took place during Klum's early days in her career, much of their stories remain vague. Heidi and Rick reportedly split ways in 2002. Within a year of becoming a young divorcee, Heidi delved into another courtship with Italian businessman Flavio Briatore. 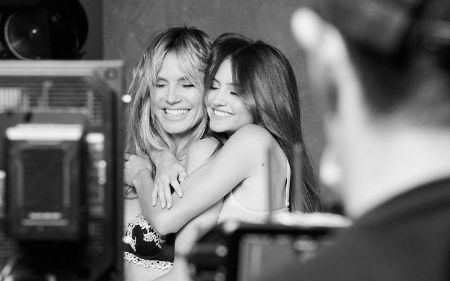 Klum's brief romance with the much older businessman may not have turned serious, but it did lead to an unplanned pregnancy. Heidi gave birth to Flavio's daughter, Leni, in 2014, but the model rejects Briatore's association with her daughter. Instead, Heidi credits Seal as her firstborn's father. Klum started dating the British singer after splitting from Flavio, and Seal was there with Heidi throughout her pregnancy and during labor. 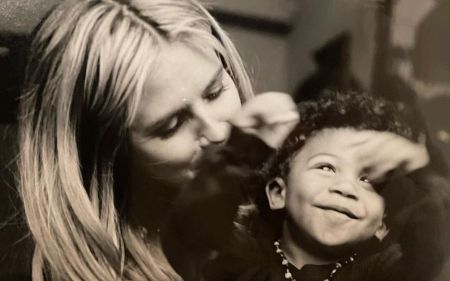 The AGT fame married Seal on May 10, 2005, on the beach in Mexico, and the pair went on to welcome three kids. Four years after the couple's dreamy beach wedding, Seal legally adopted Leni. The couple's picture-perfect marriage ended after seven years when Klum announced her split from the Brit in January 2012. The estranged spouses' divorce was finalized two years after Heidi's filing in 2012. The Germany-born supermodel had a brief rapport with her bodyguard Martin Kirsten after her split from Seal, followed by her three-year-long relationship with Vito Schnabel.