Home Article Hollywood Personality Billy Bob Thornton Married Numbers Of Wives In His Life; Details Of His Spouses And Children

Hollywood Personality Billy Bob Thornton Married Numbers Of Wives In His Life; Details Of His Spouses And Children 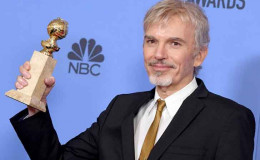 After numerous failed marriages, one could easily lose hope of ever finding long-lasting true love. Billy Bob Thornton might have been largely skeptical after five failed marriages. Fortunately for him, his sixth wedding turned out to be with someone who appears his genuine soulmate.

After numerous failed marriages, one could easily lose hope of ever finding long-lasting true love. Billy Bob Thornton must have been largely skeptical after five failed marriages. Fortunately for him, his sixth wedding turned out to be with someone who appears his genuine soulmate.

Thornton, a father to four children from multiple women married six times in his life. Although the actor carries massive marital experience, his luck always seemed thin as every relationship of his seemed to end one way or the other, until his most recent one.

Billy Bob Thornton is currently married to his spouse Connie Angland. The couple tied the knot on 22nd October 2014 in Los Angeles. Thornton and his present spouse, Connie are united as a life partner for over five years now.

Even though Billy has already been married four times in his life, he seems happy being with Connie. Probably, the duo is truly made for each other. They first saw one another while she was serving with makeup effects crew members. As of January 2020, the pair resides in Los Angeles, California.

One False Move star once said marriage does not work for him, it seems like he couldn't resist being close with Angland.

The pair apparently dated for 12 years before taking their relationship to the next level. Their wedding ceremony reportedly took place in private among families at their home in Los Angeles. The actor is 10 years older than Angland. 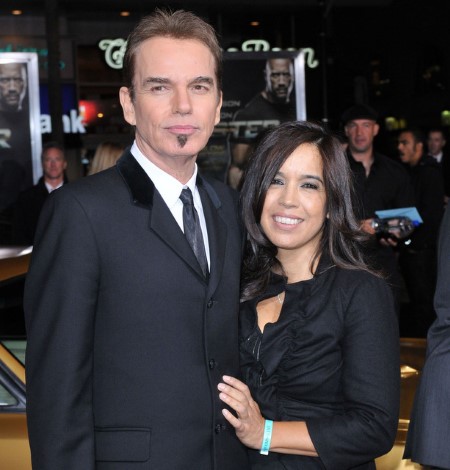 The pair kept the nuptials a secret and officially announced their marriage months later.

The couple shares one child together, a daughter named Bella Thornton who was born in 2004. This was Thornton's fourth child and Angland's first. 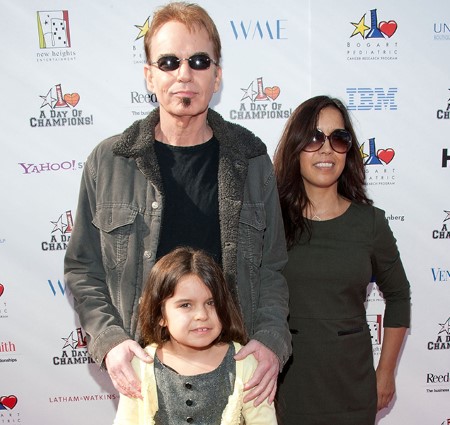 Speaking of his relationship with his daughter Bella, the actor said:

"My little girl…she has to be wrapped completely around her finger. I just do anything she says."

Earlier, the pair began dating in 2003 after Thornton's split from his then-wife Angelina Jolie. As per IMDB, they met on the set of Bad Santa in 2003.

One of their first appearances as a couple was in May 2005 at Cannes. They made the public appearance together shortly before welcoming their daughter.

Meanwhile, the lovebirds belong to the same entertainment industry. Working together is often a double-edged sword. It could either benefit or harm you. For this pair, it certainly seems the former.

Billy Bob Thornton was married to Angelina Jolie from May 2000 to May 2003. The couple first met on the set of Pushing tin in 1999. The actress is almost 20 years younger than her former husband.

The couple received much media attention which was fueled by the fact that the duo wore vials of each other's blood around their necks. Due to some differences, Jolie filed for divorce in August 2002 which was finalized a year later. 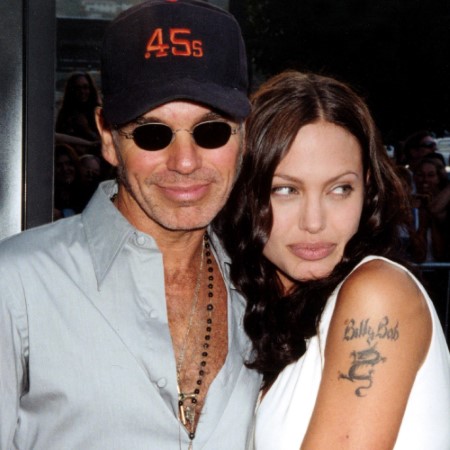 After their split, Jolie said:

"It took me by surprise, too, because overnight, we totally changed. I think one day we had just nothing in common. And it's scary but... I think it can happen when you get involved and you don't know yourself yet."

Meanwhile, the actor very recently in 2018 spoke about his failed marriage with Angelina. He said:

"I look at that time as a great time. Angie is still a friend of mine and she’s a great person and she’s done so much."

Thornton added, a lot of things said at the time were exaggerated and it wasn't as crazy as people wrote about it.

Before the actor was together with Jolie, he was engaged to Laura Dern in 1998. However, this ended abruptly after Billy began dating Angelina. 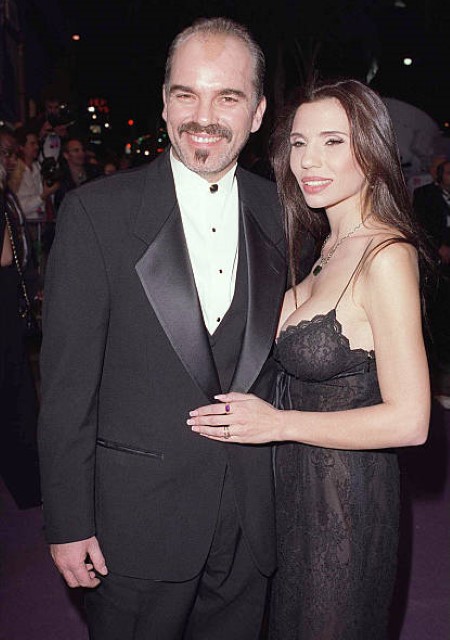 In the early 90s, Thornton was in a marital relationship with Cynda Williams for 2 years. They shared their wedding vows in 1990 before separating in 1992.

Earlier in 1986, the actor was in his second unsuccessful marriage. He was briefly the spouse of Toni Lawrence. However, they split after merely 2 years in 1988.

Previously, in 1979, Billy was married to his first wife Melissa Gatlin. The couple shared a child together named Amanda Thornton. However, the pair split after barely a year in 1980. 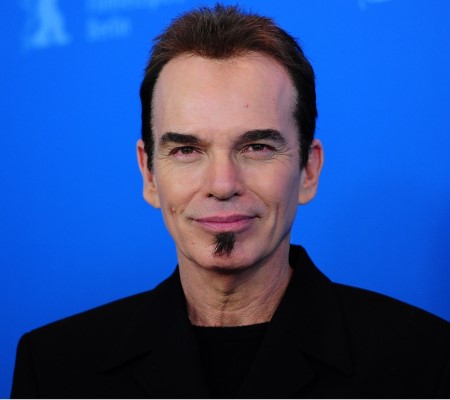