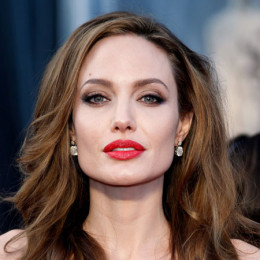 Angelina Jolie Voight is an award-winning actress, filmmaker and a humanitarian activist who is noted as one of Hollywood's highest-paid actresses. Some of her awards include two Screen Actors Guild Awards, an Academy Award, and three Golden Globe Awards.

Regarding Angelina Jolie's personal life, until now she was married thrice and is a mother of six children. After three failed marriage, she is single as of now.

Jolie moreover in 2014 married famous actor Brad Pitt. The couple has six children in total, Their two children Maddox Chivan, Pax Thien, and Zahara Marley Jolie-Pitt were adopted whereas their other kids Shiloh, Knox Leon, and Vivenne Marcheline are biological. She is very close to her children and attended several ceremonies together.

The former husband-wife couple was at first rumored to be divorced in 2016 at first. The same year, Jolie filed the divorce and later was finalized. Following the divorce, they still share a good bonding. In 2017, she along with Brad and children visited Cambodia due to which they were speculated to be together again.

Talking about her sexuality, she defines herself as a bisexual as she has dated both men and women in her past days. Apart from all these, she accused famous producer Harvey Weinstein of sexual misconduct.

Angelina Jolie has a net worth of around $100 million. The star makes the amount from her career as an actress. The star to date worked in a number of hit movies and TV series. Jolie's hit films include Maleficent which stars Isobelle Molloy.

Angelina Jolie was born on 4th June 1975 in Los Angeles, California. She is American by nationality. This gorgeous lady was born to actor Jon Voight and actress Marcheline Bertrand. She made her film debut with the 1982 movie, Lookin to Get Out, which was co-written by her father.

He is the first husband of Angelina, who actual name is Jonathan Lee Miller. They were married for almost 3 years.

He is the second boyfriend of Angelina, who by profession is a filmmaker and singer. The pair adopted a Cambodian orphan Maddox.

He is the current husband of Angelina, who is a reputed award winning actor. His actual name is William Bradley Pitt. He was married to Jennifer Aniston before marrying her.

He was born as Rath Vibol, who was adopted from an orphanage in Battambang, Cambodia.

She was born as Yemsrach, who was adopted from an orphanage in Addis Ababa, Ethiopia.

She is the first biological child of Angelina, who now is a child actress.

He was born as Pham Quang Sang, who was adopted from an orphanage in Ho Chi Minh City, Vietnam.

His picture along with his twin sister Vivienne were jointly sold to People and Hello! for a reported $14 million, which was the most expensive celebrity photographs ever taken.

She is the twin sister of Knox, who was born safe and healthy.