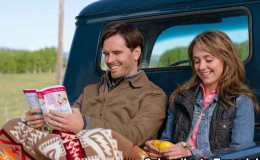 Canadian actress Amber Marshall is living a happy married life with husband Shawn Turner. They have a beautiful farm with a number of lovely animals. She celebrated 5 years marriage anniversary in 2018 with her husband.

The love between a lovely pair is quite common among us. A girl and a boy fall in love, they become an intimate part of one another's life and start a family of their own.

Canadian actress Amber Marshall is living a blessed life with her husband Shawn Turner and a bunch of beautiful souls; pretty animals in their farm. Well, wanna know all the details about Marshall and her family life? Here you go with every detail.

Canadian actress Amber Marshall has definitely made her mark as a keen animal lover among her fans. She's currently living a wonderful life on a farm outside of Calgary, Alberta with her husband Shawn Turner and a troop of animals.

She married her photographer boyfriend of three years on 27 July 2013; being engaged earlier in Spring 2012. Family members and friends including the cast members of the Heartland attended their wedding and reception near High River, Alberta. 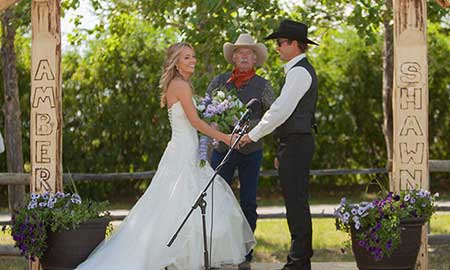 While talking to Hello Magazine, Marshall revealed that the pair planned to tie the knot in High River itself in a simple way. The bride herself planned everything for her wedding and it was definitely an amazing experience according to her.

"We were our own wedding planners, and it wasn't stressful for me."

"With supportive loved ones willing to pitch in, the big day was filled with personal touches, like the altar, which was hand-crafted by Shawn himself. The altar was the most beautiful memento of our day."

Gorgeous Marshall made a breathtaking entrance on her horse, Hawk carrying a lilac bouquet arranged by her grandmother in a strapless gown by Private Label by G.

"I was emotional. I thought, 'I can't believe this is real! I thought I'd be more nervous but it was a lot of fun."

Guests attending the ceremony were on casual western attire.

Now, the couple has happily passed 5 years of togetherness being a legally wedded husband and wife. Marshall celebrated 5 years of marriage anniversary sharing the image of her marriage via Instagram where she mentioned herself that she's 'the luckiest woman'.

5 years ago I became the luckiest woman in the west. Here is to my incredibly caring husband, Shawn who always stands by me no matter what, and never fails to fill my world with love, laughter and happiness. #LoveYouMoreEveryDay #July272013

Five years of being in a marital relationship without a mess is simply amazing on its own. We wish to see them together as ever.

Before starting her career as an actress, Marshall previously worked as a veterinary assistant. She is passionate about animals and she's always been with horses as long as she could remember.

She frequently said that two things that adore her the most; acting and horses.

Marshall made her acting debut performing in a TV series called Super Rupert in 2000. With an amazing start, she appeared in Twice in a Lifetime, Doc, and Christmas Shoes in 2002.

She received a Los Angeles-based Young Artist Award for Best Performance in a TV movie, Miniseries or Special for The Elizabeth Smart Story in 2003.

Most notably, she performed in the CBC series Heartland in 2007. The long-running show was renewed for a 12th season on 26 April 2018.

Well the rain has let up, and the show must go on! So come on out to the High River Rodeo this afternoon at 2:00!! Or if you can’t make it, check it out online at www.FloRodeo.com! Also check out my booth under the grandstand for some signed merch!!#GuyWeadickDays2018

Besides acting, animals have been an important part of her life ever since she was old enough to walk on her own steps.

She has a variety of lovely animals on her farm including dogs, horses, cats, cows, an alpaca, and a hen. Her Instagram is filled with images of her lovely animals and we can simply imagine how much the gorgeous lady is dedicated to her pets. 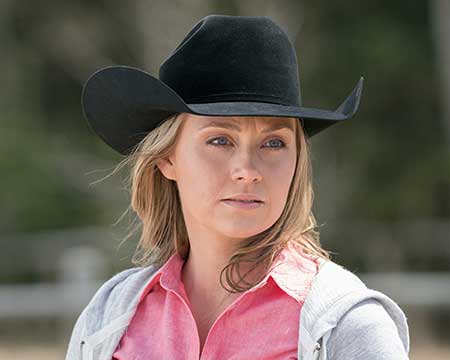