Home Article How is Carley Shimkus' Relationship Going After Wedding with Partner Peter Buchignani? How It All Began For The Couple? Share Any Children Yet?

How is Carley Shimkus' Relationship Going After Wedding with Partner Peter Buchignani? How It All Began For The Couple? Share Any Children Yet? 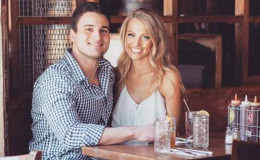 The beautiful reporter and New Jersey native Carley Shimkus is best known for serving as a 24/7 headline reporter for Fox News Channel.

Married to her long-time boyfriend, a businessman named Peter Buchignani, how are things going after being together for 3 years? Any plans to start a family? Well, let's know about the gorgeous reporter's love life!

Carley Shimkus is having a lovely time with her husband of three years.

Carley and her businessman husband Peter Buchignani met on Carley's 23rd birthday. They got along quite well and dated for about 2 years before getting married. 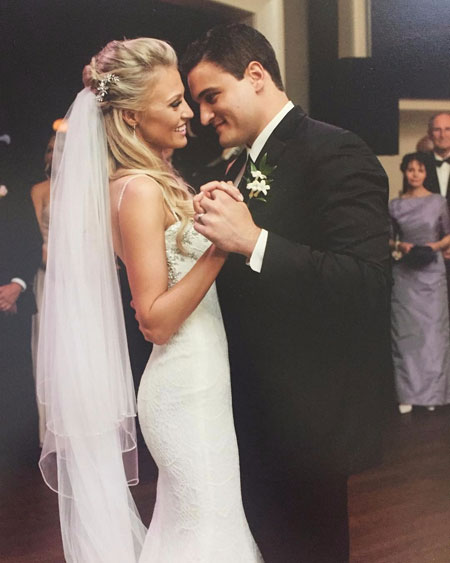 Carley Shimkus and Peter Buchignani at their wedding

The duo tied the knot on 8 August 2015 in her home state in New Jersey. The former model announced her marriage on Imus in the Morning.

Her husband is a graduate in Political Science from Princeton University.

You May Like: Is Fox News contributor Eboni K. Williams still not ready to get Married. Know about her Boyfriend and Past Affairs

Carley said they are a huge fan of Michigan Football and even walked out to Michigan fight song on their wedding day.

The couple so far does not share any children as they are still not ready to start a family apart from their busy lives. She often uploads pictures with her husband on her Instagram where we can find their undying love for each other.

Shimkus currently serves as a 24/7 headline reporter for Fox News Channel offering news on various fields and her husband Buchignani works as a sales analyst at Amherst Pierpont Securities.

The couple is living a blissful life so far and does not happen to face any controversies lately and let us hope to hear the good news about the couple starting a family pretty soon.

3 years as Mrs. B. Love laughing with this one

The couple happily spent three years of togetherness. With the passing days, they are growing more stronger than ever. Cheers to the adorable duo!

Her social media pages are filled with pictures of her with her loving and caring husband.

Our trip to Switzerland has been a mix of city life, country life, mountains and water. So many different kinds of beauty in one region alone.

They appear to do a good amount of traveling and exploring beautiful places all across the globe.

For now, the couple doesn't have plans to become parents and bear lovely children. Well, they will definitely think about extending thir family in days to come.

Began Her Career As A Struggling Model And Ended Up As Reporter, Carley Shimkus's Story Of Limelight!

She first tried to step into the modeling industry because of her good looks and a great physique. After realizing that modeling is not for her, she decided to quit modeling.

"Because of my height, I figured I’d give modeling a try when I was in high school. It was a fun experience but not in the cards for me."

Shimkus got a job at Fox News just before her graduation and as a student.

She interned and started as a news correspondent after the completion of her school in 2009 and got promoted to Associate Producer at Fox Business Network in 2012. She said,

"My career at Fox News started even before I graduated college. I worked as an intern at the D.C. bureau in 2008. I had such a good experience that I decided to apply for a job after graduation."

She also served as an associate producer on Imus in the Morning which is a syndicated radio show which runs on Fox News. 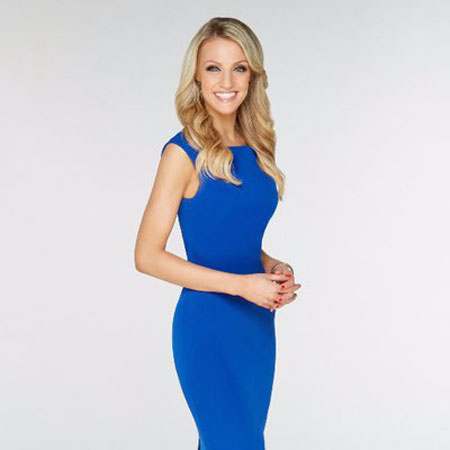